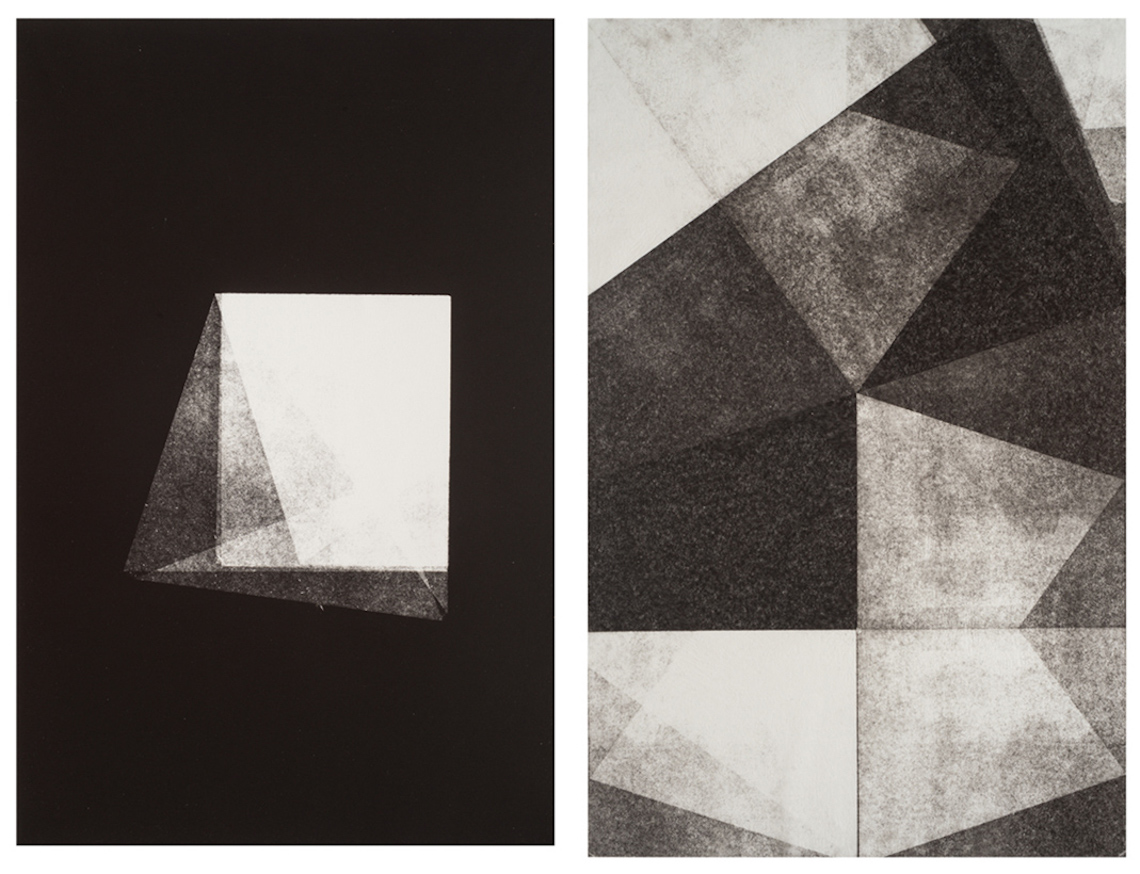 Two works entitled Fold, from Brazilian artist Maria Laet’s series were a delight at Art Basel (Represented by A Gentil Carioca). Working in black and white, these monotypes on paper showcase Laet’s ongoing exploration of organic and inorganic objects in stages or actions of transformation. Beginning with a photograph, Laet’s work captures an object being folded through transparent, overlaying shapes. An informal diptych is created with a second image which could be interpreted as both a closer detail or further iteration/abstraction of the process.

Laet’s work is often attentive to the spaces and surfaces in the urban landscape. The Fold pieces are a nice progression from her other photograph-the-process work and create inviting, textured, and dynamic compositions.