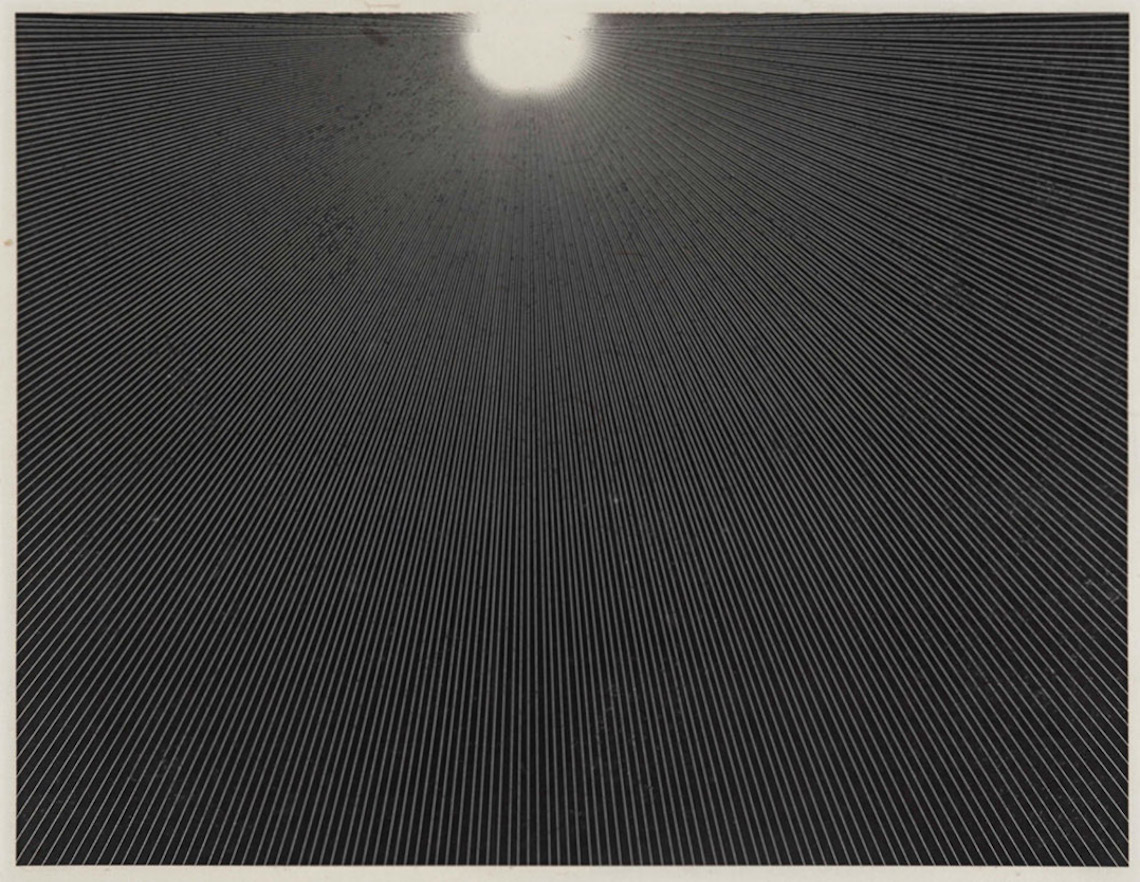 Marsha Cottrell’s mesmerizing and intimately scaled Spectral Series with 11R Gallery at Art Brussels was a clear favorite of many. These mostly vector-based lines in impossibly fine detail and staggering repetition result in a “virtual rubble” of dense compositions.

Cottrell uses a toner-based printer with rich, carbon and iron-oxide black pigments to build layers of intricate images after multiple passes. The combination of this massive accumulation of raw material manifest in cosmos-like arrangements of white marks and lines against the dark, imperfect backgrounds.

More specifically, Cottrell manipulates both the abilities and limitations of the printer to interpret densely knit files of rotated lines into seemingly random offsets and glowing forms that do not even appear onscreen. Moiré patterns emerge in some places, while the surface of the paper tears under the stress in others – highlighting the technological and the traditional equally.

Cottrell’s stunning Spectral works are a follow up to her Aperture series which also explored the build-up effect of printing multiple files on a single sheet of mulberry paper. By their very nature as work that cannot be fully seen until it is actually output, they not only fight, but significantly change when photographed or represented on screen. Returning her images to their mode of creation ironically destroys what makes them so interesting. It’s no wonder Cottrell’s work captivated viewers all week.