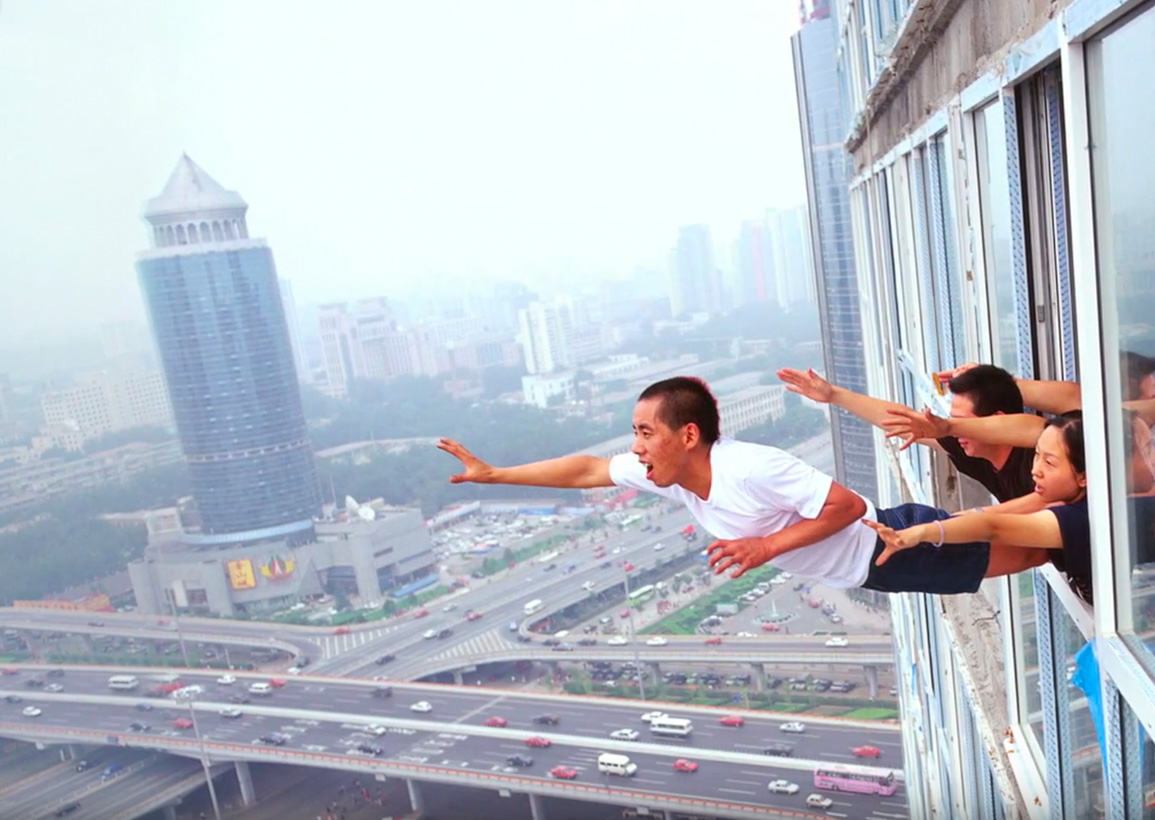 Li Wei is one of the most refreshing talents of the Chinese art scene. His comical, absurdist images of people in various gravity-defying situations depict a hubristic role-playing of both surrealist and superhero tropes. While the contemporary art world is no stranger to fantastically staged photography, Li’s work is exceptional for its remarkable realism. Set against cloudless blue skies and the unadulterated cityscape of Beijing without additional lighting design, the ludicrous ongoings of his subjects retain an uncanny sense of normalcy. A monk flying casually on a platform of red smoke pellets, a boxing match off the ledge of a skyscraper,  and a human missile sticking out of a broken car window are just a few of the ridiculous antics Li has orchestrated using stage-production equipment such as metal wires, harnesses and scaffolding. Endlessly ingenious, amusing and self-deprecating, Li’s oeuvre manifests a desperate yet futile attempt to defy and escape the harsh social realities of modern China.