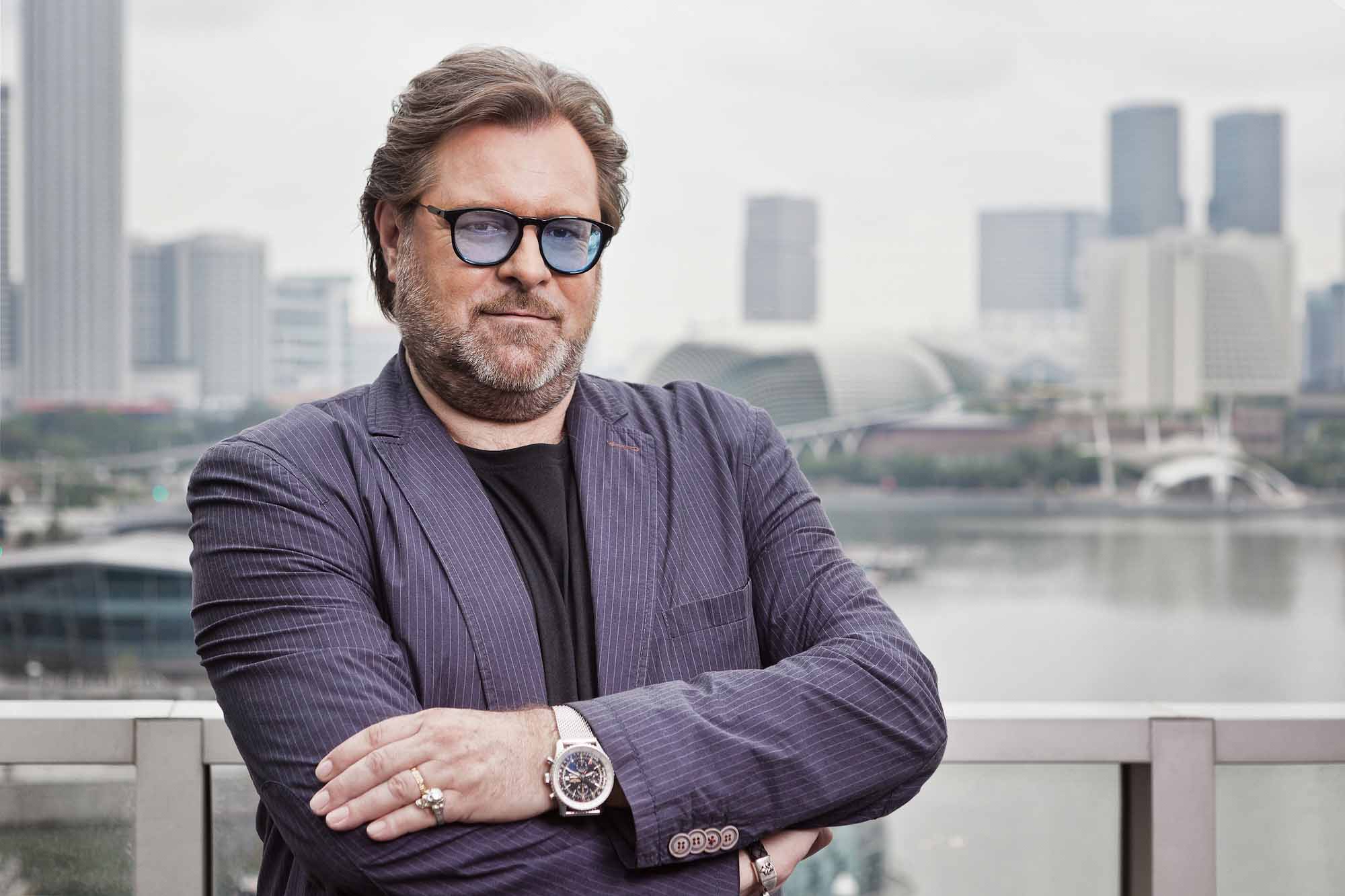 Lorenzo Rudolf, as Director of Art Basel from 1991 to 2000, you spent more than 10 years developing fairs around the world including the Frankfurt Book Fair, the International Fine Arts Exposition in Palm Beach and ShContemporary in Shanghai. Why did you decide to move to Asia?
Lorenzo Rudolf: The move to Asia was a very natural move, and it was nothing else but a development and evolution of what I did before. Starting with Art Basel and then going to the U.S. with Art Basel Miami, and then Palm Beach and other events, it was clear that the next place had to be Asia. That was what we did with Shanghai in 2007 when for the first time, we started a big international show in Asia. So, for me it was clear that in a globalised world, we have more and more of a shift to Asia, or the market goes to Asia. By the way, I was always attracted to it so it was then clear after Shanghai, that the next logical step was to go to Singapore, which is the centre of Southeast Asia, one of the most vibrant and interesting art regions worldwide.

In 2010, you conceptualised and founded Art Stage Singapore. The strength and identity of the fair is clearly its South East Asia focus. To which extent is your selection of galleries and their artists’ proposals targeting South East Asia?
Organising a fair in Southeast Asia means, for me, not only building up a market platform as you do in other regions of the world. Southeast Asia is an emerging market with a lot of talent and great art, but often not supported by good infrastructure. In other words, we have to go about new ways in Southeast Asia, and we have to find new ways to show Southeast Asia in an international context. That is always the challenge in doing something here in Southeast Asia.

With the first edition of Singapore Art Fair 2014, with Art Basel Hong Kong, Art Fair Philippines, do you think there is enough room on the market? Have you succeeded in creating a community of returning visitors over the last five years?
First of all, I don’t think that Art Basel Hong Kong should be seen as competition but rather as complementary. There are two fairs that are of international importance and global importance in Asia:  one is in Hong Kong, the other is in Singapore. They are also the only two places that you can organise a fair with a real global importance. On the other hand, it is clear that besides these two international fairs, you will have a lot of local and regional events in the future, like the fairs in Manila, Jakarta and so on and you will definitely have more fairs coming up in this region. It is always the same – we saw this movement first in Europe and then in the U.S. – if a fair is successful, you will have a lot of people trying to take advantage of this and trying to build up smaller fairs. In the end, it is good for the market’s development.
“I can imagine next year we might take only emerging curators or international curators who see an arts scene from a different point of view.”

What other point of view are you trying to convey through Art Stage Singapore?
Organising a fair in Singapore, or in Southeast Asia, also means showcasing Southeast Asia and building up a market in Southeast Asia, in an environment dissimilar to say, New York. In other words, we have to try every possible method to show new aspects, new views, and new overviews of a region that is really growing. That means, every year we have to find another bridge to Southeast Asia. That can be through certain curators, galleries or artists; but for us, it is important to show Southeast Asia in a context – not only single works – to give a context so that people can begin to understand what Southeast Asian art is. That is also the reason why we have worked with curators in the past.

What do you do to make the fair alive during the rest of the year?
To organise a fair like Art Stage Singapore is really a one-year job. An entire team is working 365 days for only these 4 to 5 days in Singapore. That means it is a lot of preparation work. It is not similar to the way you organise a Fair in Europe or the US, where you have many galleries around. You have to discover new galleries, you have to discover new artists, you have to put everything together; and this implies a lot of travelling and research. Sometimes, a year is even too short to prepare everything.

On a more personal note and putting aside Art Stage Singapore, what are your next projects?
There are a lot of ideas and plans in my head but I think one should go to the next project only when the actual project is settled in the right way. There is still a lot to do in Singapore. The position of Singapore, not only the Fair, but especially Singapore itself as a centre for contemporary art in the global context – that is enough to work on at the moment.