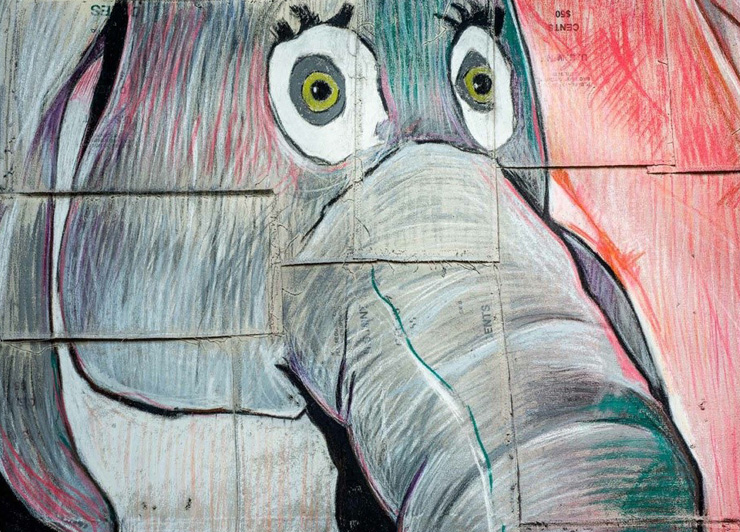 Launched in 2016 by UK publishing house Anomie, Oliver Clegg’s first artist monograph is a must buy for those with a finger on the pulse of contemporary art. The 288-page hardback publication takes readers on a journey that outlines the meteoric rise of the New York-based British artist’s career – from smaller scale exhibitions in his home country in 2007 to the significant solo and group exhibitions that have since been staged across the world.

Clegg is a true multi-disciplinary artist. His practice includes everything from painting, drawing, sculpture, photography and installation, to text-based works and participatory projects. His works sometimes comprise several media simultaneously, and as the introduction to the publication notes, Clegg’s practice fits into a great lineage of artists working in similar, all-encompassing ways – Jenny Holzer, Philippe Parreno and Dominique Gonzalez-Torres – to name a few. There is a real freedom in this kind of expression.

An obvious playfulness ultimately lies at the heart of Clegg’s work. The book’s front cover is a painting from 2013 of a prostrate Donald Duck, his face turned away from us, laid out on rough wooden butchers’ blocks propped up on plastic bottle crates. Inside the book you’ll find a sculpture that takes the form of a foosball table with its resin figures modelled as the artist and his wife, both naked. The table was part of a performance in Brooklyn in 2014 in which visitors were invited to take part in a triathlon of games that also featured sculptural chess and backgammon sets made by the artist. A browse through Clegg’s publication reveals countless other jokes and japes rendered as two and three-dimensional works of art. Clegg’s lengthy interview with Sina Najafi was conducted as a game too. It taps into Clegg’s interests in chance and play, using questions submitted by Clegg’s friends and family drawn out of a hat. The interview makes for a lively and engaging read which is very much aligned with the spirit of his research.

Of course, there are more serious, even political aspects, at play in Clegg’s diverse practice. Those works that incorporate text in various formats emphasise this particularly. A series in neon lighting can be read in critical terms – comments on consumer culture, advertising, increasingly digital lives and Americana – all via a pithy distillation of emotion. #IWASTHERE (2014), a neon work located in the Joshua Tree National Park is a case in point. Clegg’s output is also influenced by his strongly religious childhood and schooling, and can be seen in paintings that place puppets and other toys in crucifix-like poses. HONEST TO GOD (2011), for instance, features Pinocchio laid across a dismantled prayer desk, apparently the victim of a violent crime. Indeed, much of Clegg’s work can be read via the lens of biography, as the excellent essay by Martin Herbert located near the beginning of the book elucidates.

Clegg’s practice spills over with energy, wit and critical concern. This monograph neatly encapsulates his remarkable work to date. When is the next one due?