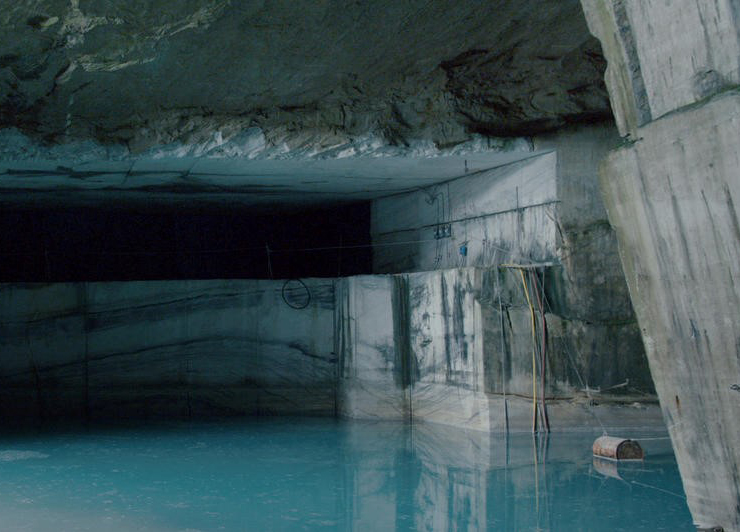 Best Solo Shows by Women Artists in the UK

Amie Sigel’s Strata, opening at South London Gallery this January, explores the value systems attached to natural materials and to man-made objects. In her first solo exhibition in the UK, New York-based Siegel presents large-scale recent video works that delve into such seemingly divergent themes as the collection of artefacts belonging to psychoanalyst Sigmund Freud and to the processes of quarrying marble for use in luxury homes and offices. Siegel’s work typically brings a critical, global perspective to systems of capitalism. A fragment of pink marble from Trump Tower in New York, purchased by Siegel on eBay following the US election, completes the artist’s investigation of value by bringing a radically political tone to the exhibition.

The work of Lubaina Himid, one of the most significant artists working within the Black British Arts Movement of the 1980s, has been overlooked for far too long. In 2017, three UK galleries are looking to redress this. Modern Art Oxford will present a solo exhibition of Himid’s quasi-graphic paintings, ceramics, sculpture and works on paper that showcase her skill and dexterity across media through vibrant colour, pattern and a sensitive approach to the figure. Invisible Strategies collects together works made from the 1980s onwards that seek to expand discussions around the representation of the Black British population, as well as the place of black artists within art history. This timely presentation compliments other exhibitions of Himid’s work at Bristol’s Spike Island and at Nottingham Contemporary. All three are sure to contribute provocatively to urgent discussions around race and gender.

Holly Hendry is one of the most exciting young artists working in the UK right now. Recently graduated from The Royal College of Art, she has blown audiences away with her intricate and surprising use of tactile and ubiquitous materials. Her largest solo exhibition to date, and her first in a public UK institution, Wrot, at Gateshead’s Baltic gallery, features her trademark layered, almost geological assemblages. Utilising materials such as foam, wood, steel and plaster, her sculptures incorporate slices, fragments and blocks of material, always in delicate, shell-like pastel tones. By placing her work in conversation with both the human body and the landscapes around and beneath us, Hendry’s sculptural practice offers clever, fresh perspectives on the field of sculpture.

In February, Glasgow’s Tramway opens Yield Point, an exhibition of new work by Claire Barclay. Barclay’s recent sculptures have brought together soft, pliant materials – clay, grease, silicone, fabrics – with harsher manmade steel, brass and aluminium. Yield Point looks set to test the limits of such materials further, presenting sculptures that appear like defunct factory machine parts and tools. Barclay’s practice is distinctively marked by a sensitive handling of material and an acute precision of making. Her research processes are intensive, working with expert craftspeople and engineers to develop her sculptures.

Young Leipzig-based Stefanie Heinze’s abstract paintings are the focus of Pippy Houldsworth’s spring solo exhibition. Characterised by swirling, almost hallucinogenic forms that recall body parts, domestic objects, foodstuffs and elements seemingly taken from the natural landscape, Heinze’s work is dynamic and restless. It’s clear that Heinze relishes the process of painting, using acrylic and oil as almost sculptural materials in thick, buttery strokes that build layers of colour. At times, motifs such as painted toenails, mattresses and boxing gloves can be discerned in her work, though these appear at the point of collapse or transformation. Maximum impact is achieved through large scale, while the intriguing titles selected for her paintings allude to stories and histories that have become confused, part-forgotten or illegible.

BOOKS ABOUT FEMALE ARTISTS YOU SHOULD READ

Frida: A Biography of Frida Kahlo by Hayden Herrera