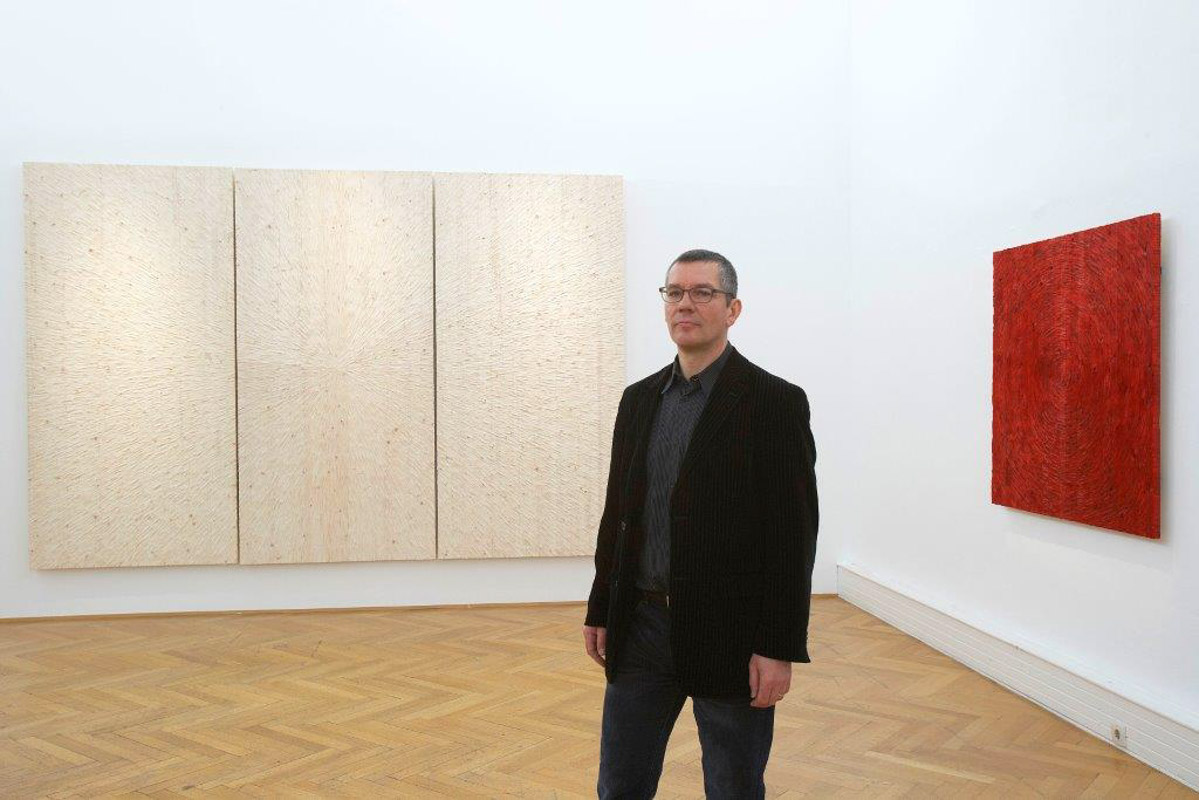 Alfred Haberpointner is an Austrian sculptor known for his simultaneously meditative and psychologically-charged investigations of materiality and humanity. In an approach reminiscent of iconic Romanian sculptor Constantin Brancusi, he works mainly with all-encompassing, fundamental shapes, such as the human head and the ovoid, and in his two-dimensional work, the radiating or explosive circle. In Haberpointner’s world, the platonic form is imbued with latent energy. Normally seen as static materials, wood and iron are activated with intensity and movement, condensing geological timescales for the audience to understand the significance of its becoming. In his most iconic series of sculptures, Haberpointner interrogates the human condition by subjecting its symbol, the human head rendered in wood, to countless different processes: slicing, scoring, carbonizing, vandalizing and exhausting its capacity for new meaning. He harnesses the embedded significance of the material to suggest new meaning in his sculpted forms, a process which can be interpreted as an act of liberation as much as it is creation.

Born in 1966 near Salzburg, Austria, Haberpointner studied sculpture at the Art University Linz while incorporating influences from time spent in New York, Paris and Genoa into his fine art practice. His meditative and ambitious work has been recognized in its nascent stages by the Award of the Linz Art University, and later the Theodor Körner Prize and Upper Austria Award. Haberpointner has exhibited extensively across Europe, at institutions such as the Museum Beelden aan Zee, The Hague; Gallery Accademia, Salzburg; Museum Würth, Germany; Art and Exhibition Hall of the Federal Republic of Germany; John F. Kennedy Center, Washington, D.C.; Upper Austrian Provincial Museum, Linz; OK Center for Contemporary Art, Linz. His work can be found in the collections of Museum Beelden aan Zee, Netherlands; Museum Wurth, Germany; Museum Liaunig, Germany;  MUSA, Germany; Lentos Linz, Austria; Museum der Moderne Salzburg and the Upper Austrian Gallery.
The artist lives and works in both Linz and Salzburg, Austria. 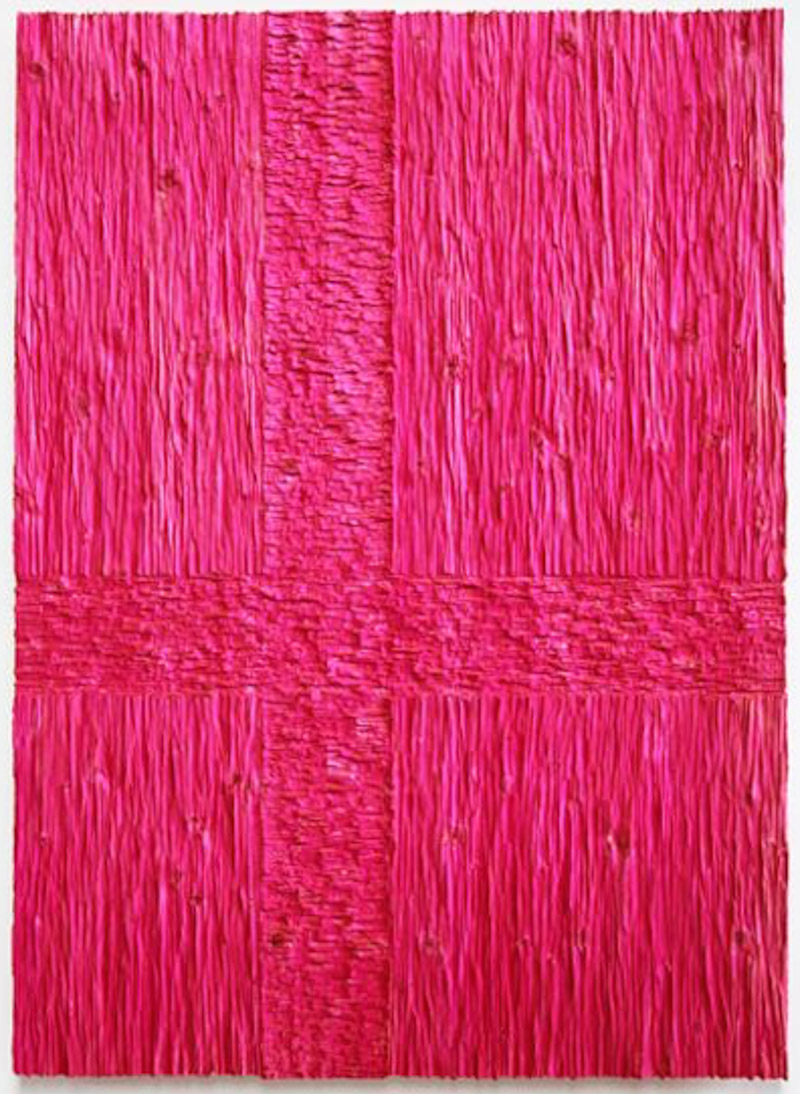