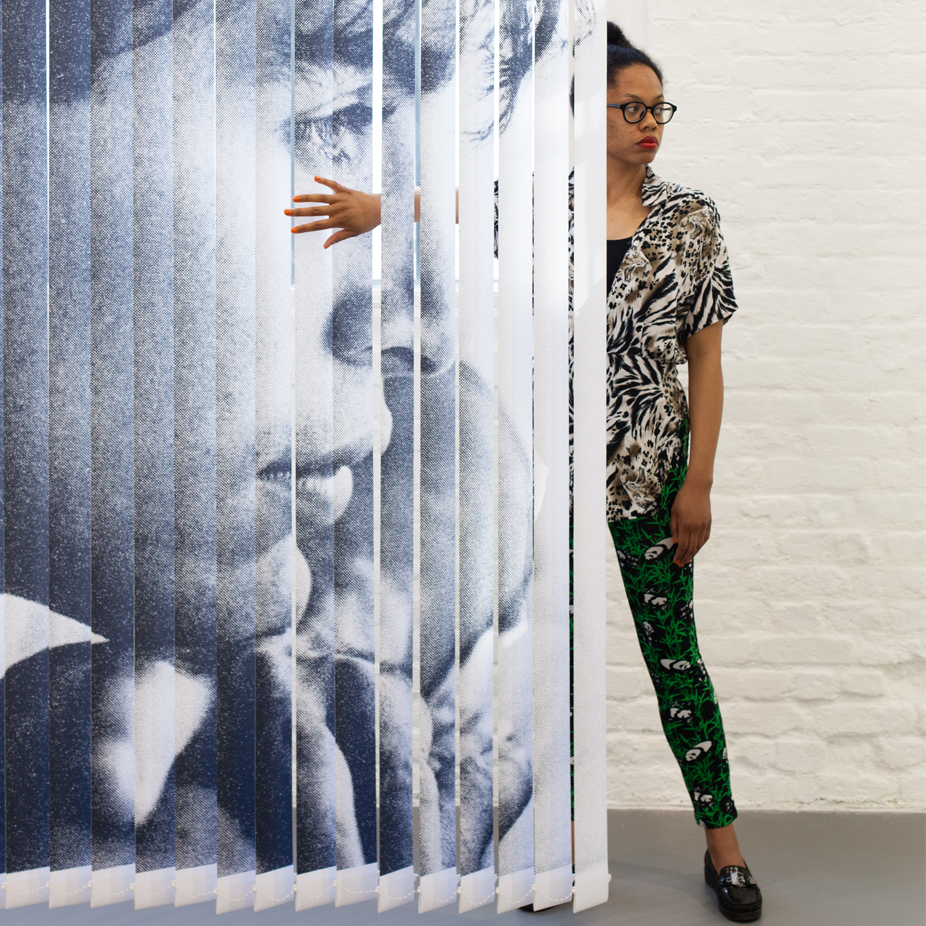 Born in London in 1978. Lives and works in London. Graduated from an MA in Painting at the Royal College of Art, London, in 2005.

Hamilton’s installations are made of a series of autonomous elements that get recombined for different exhibitions to form impermanent three-dimensional collages. Sculptures, appropriated images, plants, drawings, clothes, videos and paintings all unite in the artist’s vocabulary, they all recur in the composition of variously articulated arrangements fully occupying the exhibition space. Hamilton’s compositions look eccentric and enigmatic but are backboned by a well-articulated reworking of art history and pop culture combined with an investigation into feminine sexual desire. This latter is addressed with wit and impertinence in her videos, which juxtapose elements such as popular music or 60s pattern design producing a stimulating effect. The installation’s three-dimensional composition has some modernist resonance but this is formally dissolved rather than indulged thanks to a makeshift aesthetic that ampli es the work’s internal unbalance. Materials play a crucial role in Hamilton’s work; they seem to be part of the seductive process that encircles the viewer in an imaginary irtation. Copper, crystals, bee’s wax and clay for example are selected for the physical appeal that they can exert, inasmuch as the found images mounted on a plastic bottle or hidden in a plant or the painted subjects are all meant to conjure up an attractive constellation of desire.

For « Athens » at IBID PROJECTS, Hamilton has made an installation incorporating a wide range of her sculptures positioned on a white tile ooring covering the entire space, giving each individual object a sense of belonging reminiscent of a sanitised environment in which notions of hygiene, desire and divergence come into play. In Athens the artist seems to be interested in tracing a personal history of love and attraction through icons and cultural phases belonging to her own Éducation sentimentale.