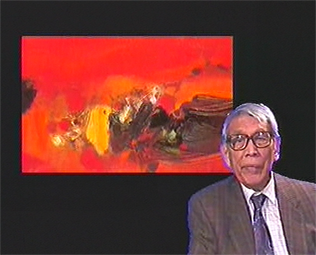 Chu Teh-Chun’s poetic landscapes lie at the gateway of his own fantasies. Travelling in the imaginary, Chu rides the depth of his interior symphony, limitless. The constraints of his cross-cultural influence are abolished with a non-perspective limitation driven by intuition. The breathtaking views of his endless promenade through China and key locations brought about the dialogue between art and nature. Influenced by Nicolas de Staël, Chu explores an abstract style. His technique and generous strokes evoke the subtlety of art as a universal language in lyric abstraction. The canvases are filled with a choice of oil paints, watercolours as well as calligraphy searching and discovering the pervading truth of the vision. The perspectives are infinite in a synthesis of Chinese philosophy and Western tradition, combining as well as superimposing the four elements; air, water, earth and fire. Chu Teh-Chun was born in 1920 in Baitou Zhen, Jiangsu Province, China. He graduated from the National Academy College of Art, Hangzhou, directed by Lin Fengmian in 1942. Chu was invited to be a professor in both the Central University of Nanking and Taiwan University before moving to Paris in 1955. In 1956 he received the Silver Medal at the Salon of French Artists. In 2001 he was granted Chevalier de l’Ordre des Palmes Académiques and Chevalier de la Légion d’Honneur. Chu exhibited at both private and public institutions throughout Europe, America and Asia, his work graces the permanent collections of over fifty museums worldwide. An important milestone in Chu’s exposure was being invited in 1964 to show his work at the International Art Exhibition at the Carnegie Institute, Pittsburgh. Other important exhibitions include: Bibliothèque Nationale, Paris; Fonds National d’Art Contemporain, Paris; Musée d’Art Moderne de la Ville de Paris; Musée Cernuschi, Paris; Musée d’Art Contemporain de la Ville de Liège, Belgium; Olympic Museum, Lausanne, Switzerland; National Museum of History, Taipei; Taipei Fine Art Museum, Taiwan and the Taiwan Museum of Art, Taichung. In 2005, a major exhibition was held at the Fine Arts Museum in Shanghai, in 2009 at the Suzhou Museum of Art, Suzhou, China and the Musée Guimet, Paris. In 2010, Chu Teh-Chun received an important retrospective by the National Art Museum of China in Beijing. 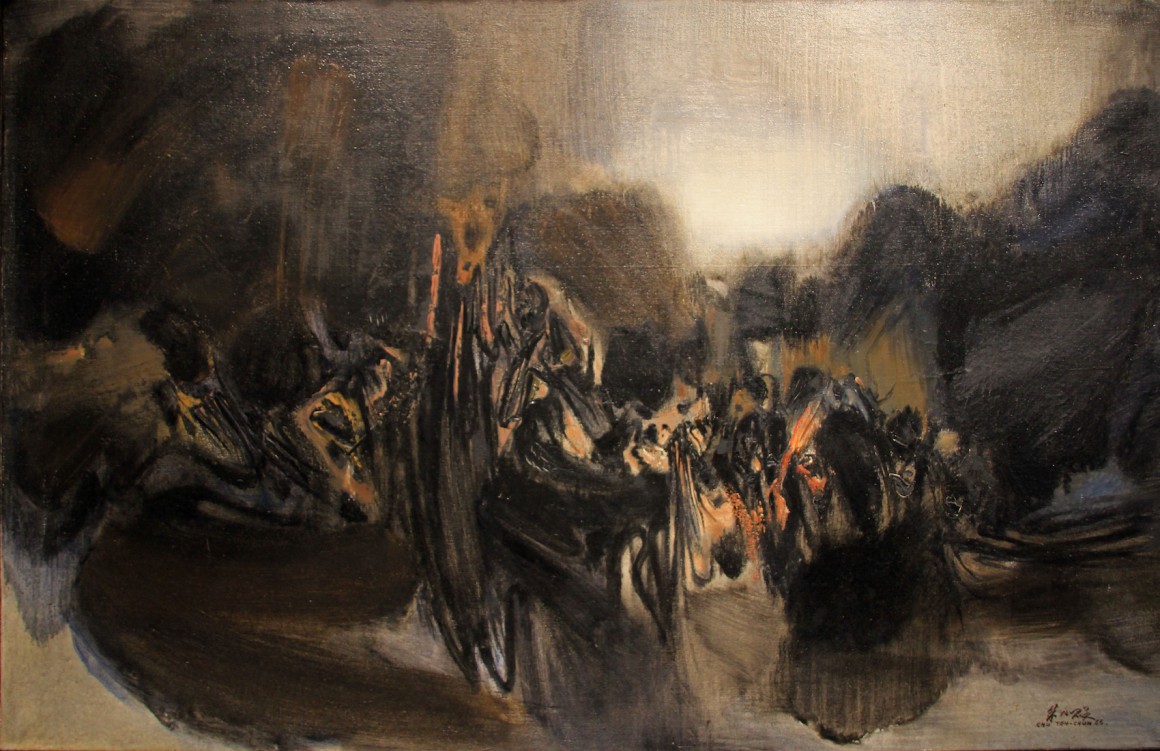