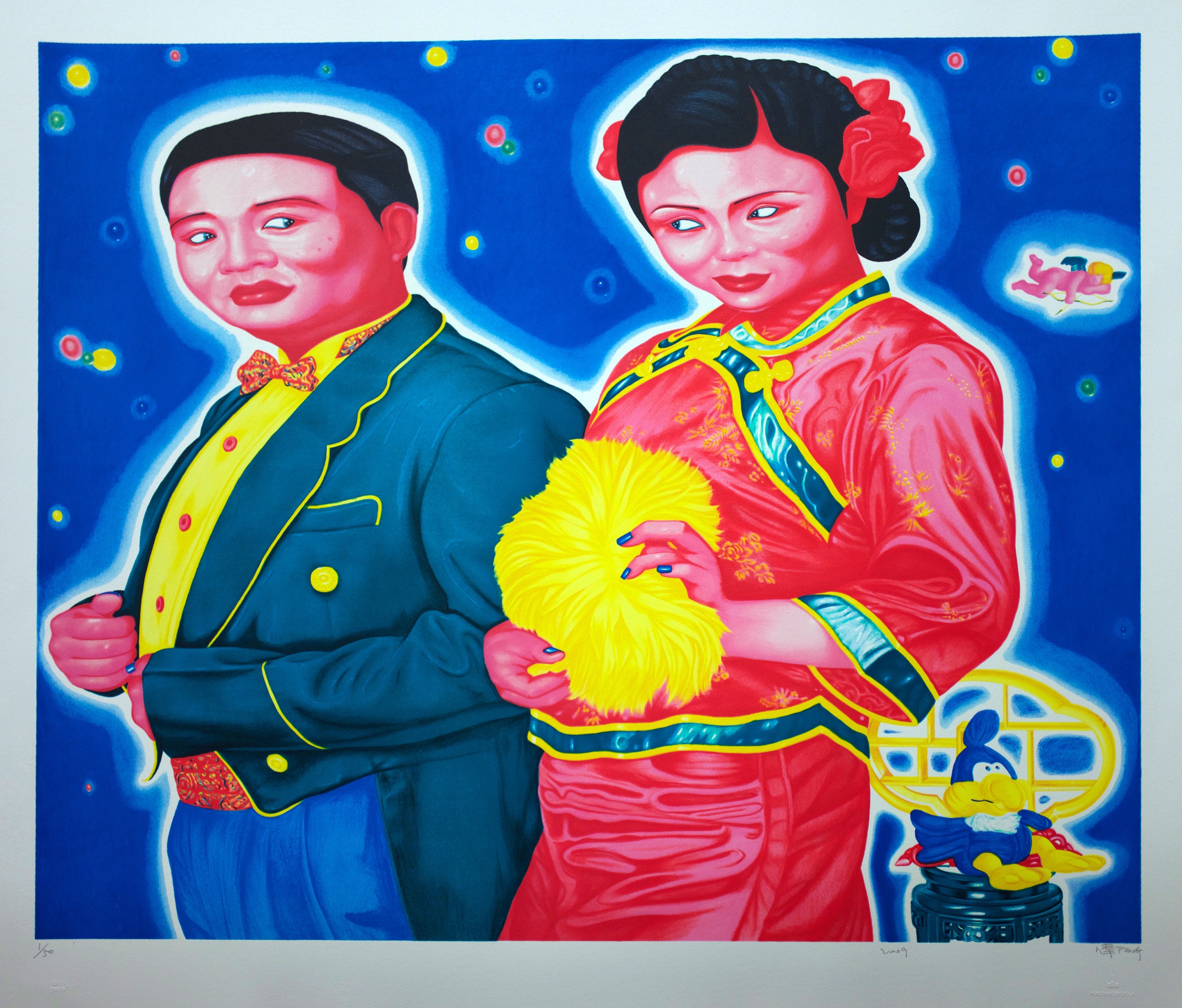 Feng Zhengjie is considered to be one of the greatest representative of the ‘School of Kitsch’. His portraits, reminiscent of Warhol’s screen printed works, might give us a glimpse into futuristic Pop. Depicting women using solely a palette of pink, green, and white, the artist gives his subject an electric, glamorous, and almost erotic aura. Often seen as a critique of capitalism and consumerist society, all of the subjects in his paintings have mysteriously vacant eyes, wandering in opposite direction, creating a sense of emptiness and carelessness associated with consumerism. Inspired by billboards, Feng’s painted ladies appear to be neither Asian nor Western in appearance, and promote an alluring and exaggerated perception of beauty, a fictitious product of capitalism and globalisation.

Feng Zhengjie was born in 1968 in China’s Sichuan province, and graduated from the Sichuan Academy of Fine Arts, from which he received a Bachelor of Fine Art in 1992, and a Masters of Fine Art in Oil Painting in 1995. A teacher in high-school and college during his formative years, Feng moved to Beijing after his studies and has been based there ever since. His work has been exhibited in Milan, Lyon, Singapore, Paris, Taiwan, Shanghai, New York, Tokyo, amongst other. 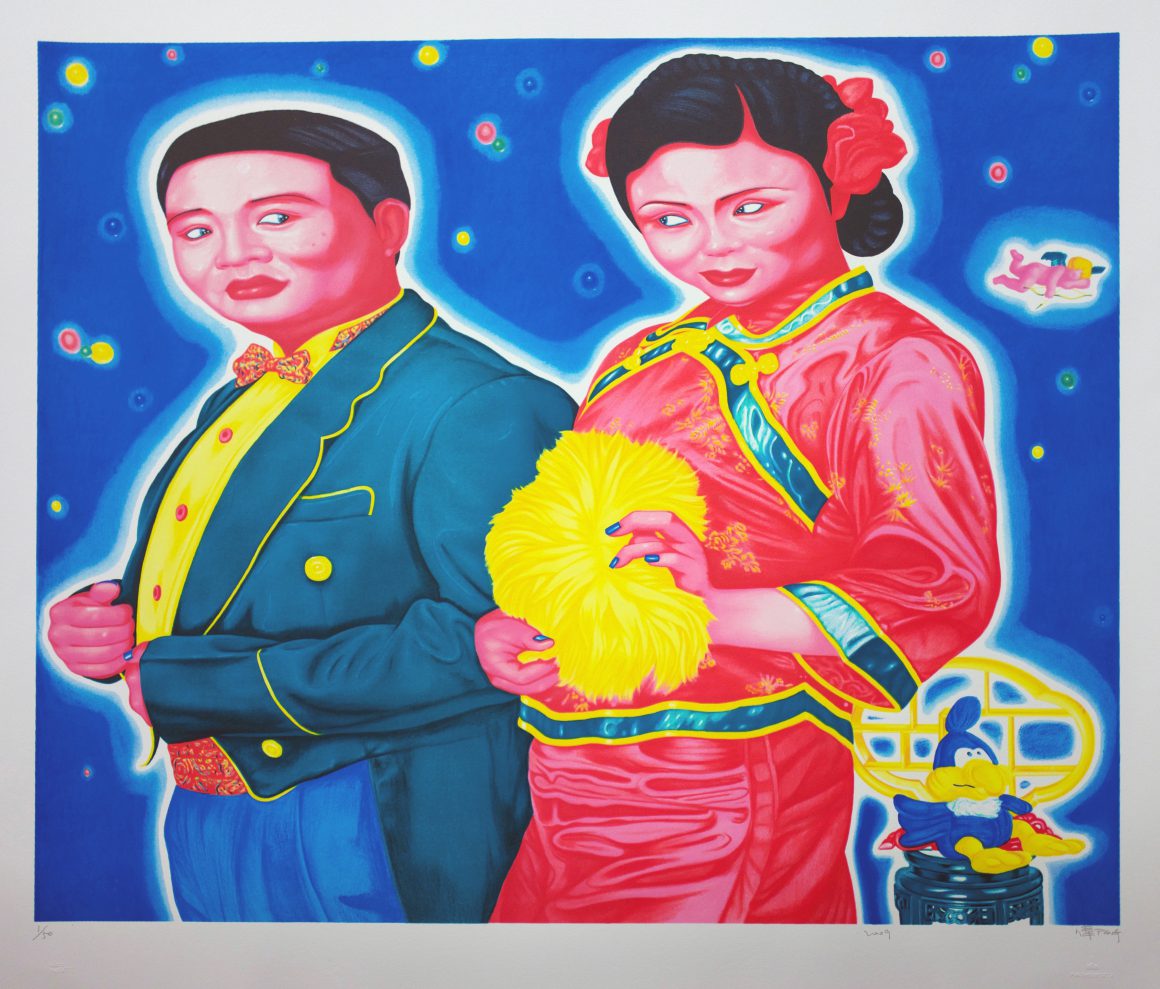