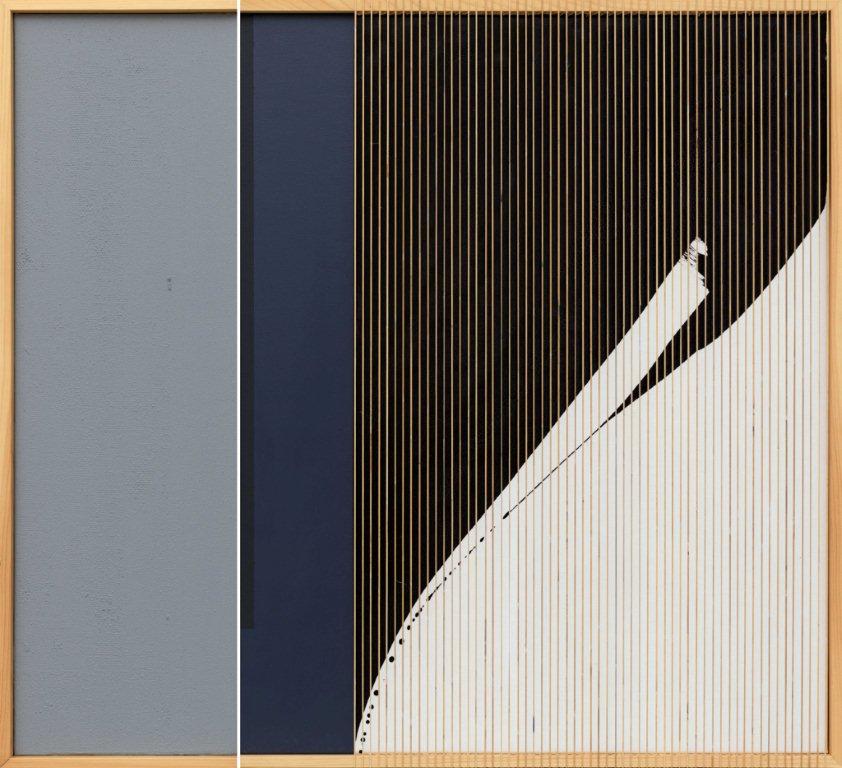 Franklin Chow was born in Shanghai in 1946 into a family with deep roots in Chinese painting and antiquities. As a direct descendent of Qiu Ying (1494 – 1552), a great Chinese ink painter during the Ming Dynasty period, Franklin’s family ties with Chinese painting date back to the 15th century.  This rich heritage in traditional Chinese art ensured that Franklin grew up in a home of fine art collectors.  His father, Edward T. Chow was a highly regarded collector well known for his efforts in sourcing Chinese art for international galleries. As the 8th of nine children, Franklin received training in Chinese ink painting from a young age.  Franklin left Shanghai at the young age of three when his father fled to seek refuge in Hong Kong when the communists took over Mainland China in 1949.
Upon relocating to Hong Kong, Franklin was educated in Catholic schools and continued to pursue his interest in art. In the mid-1960s Franklin went to Paris to study art.  During this time Franklin began to learn French and he was taught at the Acadamie de la Grande Chaumiere, an art studio reputed for its star alumni such as Picasso, Modigliani, Calder and Asian artists such as Chang Yu (1901 – 1966) and Zao Wou-ki (born 1921).  Over the years Franklin’s interests led him outside the field of art where he held several different jobs in copy writing, advertising and film-making.  Franklin has worked for a number of multi-national corporations and ran his own advertising business, Chow Lang & Partners which was later acquired by Saatchi & Saatchi. Chow’s foray in the private sector led him to Paris, London and Hong Kong.
After years in private enterprise, Franklin moved to Switzerland in 1970 to marry Swiss artist Doris Pache. He became a Swiss citizen in 1979. Shortly after settling in Geneva, Franklin began to focus solely on his art.  He set up a studio in Sainte-Croix, a small town in the Jura mountains, in the Canton of Vaud.  Franklin’s multi-cultural upbringing and strong family ties to traditional Chinese painting are strong influences in his work.

Franklin’s openness and adaptability to different cultural environments throughout his life are reflective in his exploration of different media and techniques in his art practice.  This has ranged from using flour in his abstract paintings during the 1960’s to creating installations using video.  More recently, Franklin has begun to combine ink and oil paint on canvas, testing the waters of merging two different art traditions in the same work.  Franklin’s works are truly a harmony of East and West with his references to traditional forms of Chinese art such as calligraphy and ink painting and minimalistic style.  His use of highly expressive brush strokes and affinity towards simple geometric patterns make his work powerful yet subtle.  Franklin’s diverse upbringing and cultural awareness are symbolic in his consistent use of abstraction throughout his body of work.  Chow once professed, “abstract art speaks to me because it requires no historical background or erudition”.  In a time where globalization has given birth to generations accustomed to multi-culturalism, Chow’s work is appreciated and relevant to audiences worldwide.