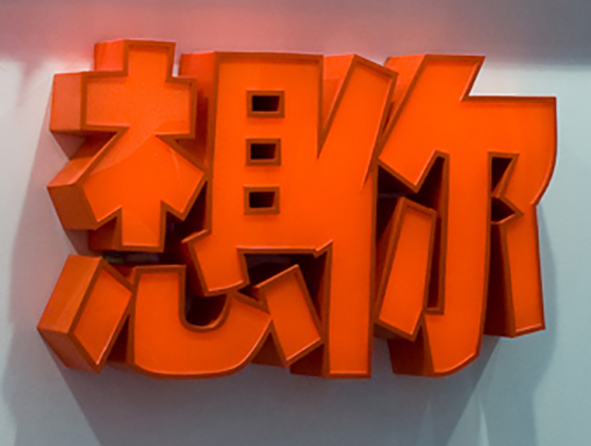 He An’s work largely deals with the physical appearance and psychological atmosphere of Chinese cities in the years since the industrial expansion began. The artist focuses principally on the neon light signs that light up his hometown of Wuhan at night, creating series of words with Chinese characters he either buys or, according to him, has friend steal them from the streets for him. With these signs, He An spells the names of individuals that are dear to him. His work is autobiographic, compulsive, and draws a fine line between the illegality and investigation, while exploring issues of loneliness, sex, and death in China’s huge cities, as well as the traditional prohibitions and taboos of Chinese culture.

Born in 1971 in Wuhan, China, He An lives and works in Beijing and grew up during the massive industrial expansion of China following the Cultural Revolution. He has exposed in at the Shanghai Biennale in 2006, Galerie Daniel Templon in Paris and Brussels, and the White Rabbit Gallery in Sydney.