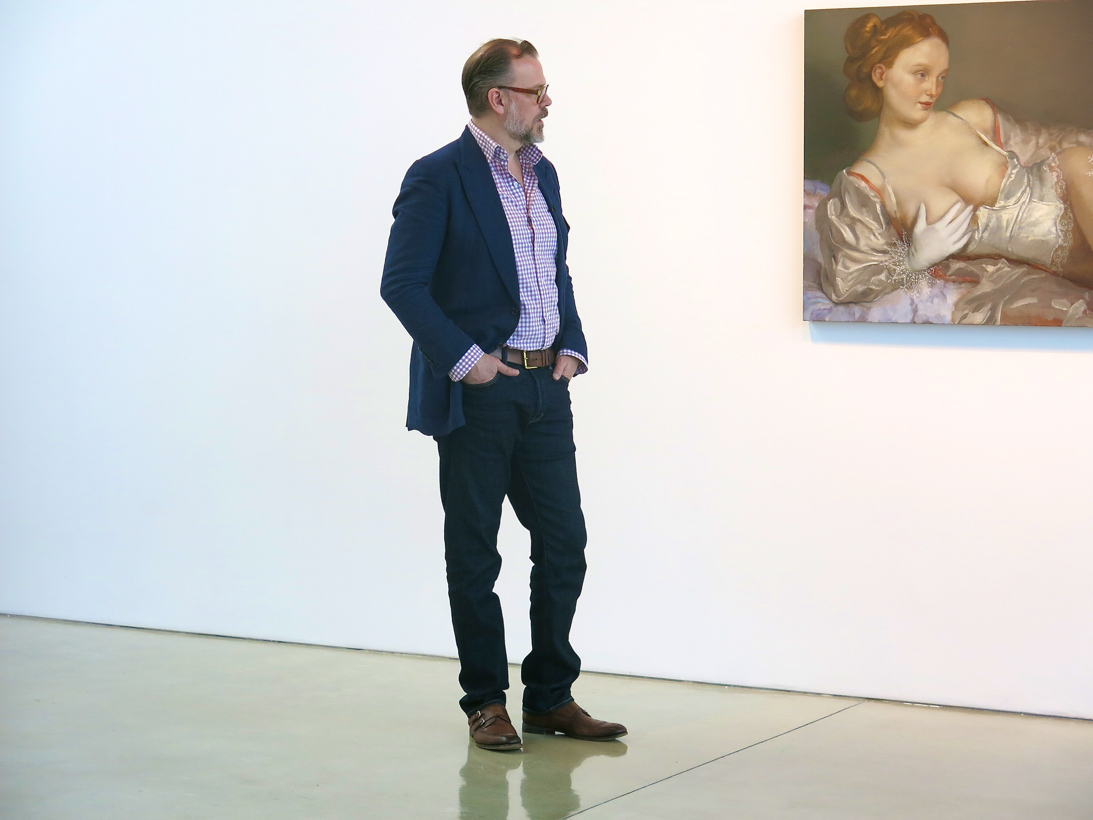 One of the most compelling and sought-after contemporary painters, John Currin occupies the unsettling space between portraiture and caricature. Currin has managed to carve his own niche in figure painting with the most disarming je ne sais quoi by colliding influences from Renaissance art, popular culture magazines and contemporary fashion models. In a reflection of his own desires and subjectivity, he exaggerates and eroticises the female form, often creating a fantastical figure with engorged breasts and abdomen, elongated limbs, and an uncanny cartoonish visage. Currin’s figures are bathed in a soft light, basking in shiny pastel hues that betray the plasticity of their being; as the artist himself puts it, “the people I paint don’t exist. The only thing that is real is the painting.” The combination of high-Mannerist, indulgently gestural posing and triangular compositions in the style of classical portraiture with pin-up Kitsch creates a dissonance that is both arresting and repulsive, making the act of viewing a guilty pleasure. Combining technical mastery with his unabashed fascinations, Currin is said to have created “some of the most seductive and rivetingly weird figure paintings of our era."

Born in 1962 in Boulder, Colorado, Currin grew up in Connecticut while studying painting under Lev Meshberg, a classical Russian artist. He received his BFA from the Carnegie Mellon University and his MFA from Yale University. He had since gone on to become one of the most sought-after contemporary painters; an auction house favourite typically valued in the high six-figures, his paintings are often the mantelpiece in the collections of Centre Georges Pompidou, Paris; Museum of Modern Art, New York; Tate Collection, London;Whitney Museum of American Art, New York; Museum of Contemporary Art, Los Angeles; Hirshhorn Museum and Sculpture Garden, Washington, D.C.; Walker Art Center, Minneapolis; Art Institute of Chicago and many more. Currin has also exhibited extensively, at institutions such as the Institute of Contemporary Art, London; Museum of Contemporary Art, Chicago; Museo de Arte Moderno de Buenos Aire; San Francisco Museum of Modern Art; Contemporary Fine Arts, Berlin and Stedelijk Museum, Amsterdam. The artist lives and works in New York. 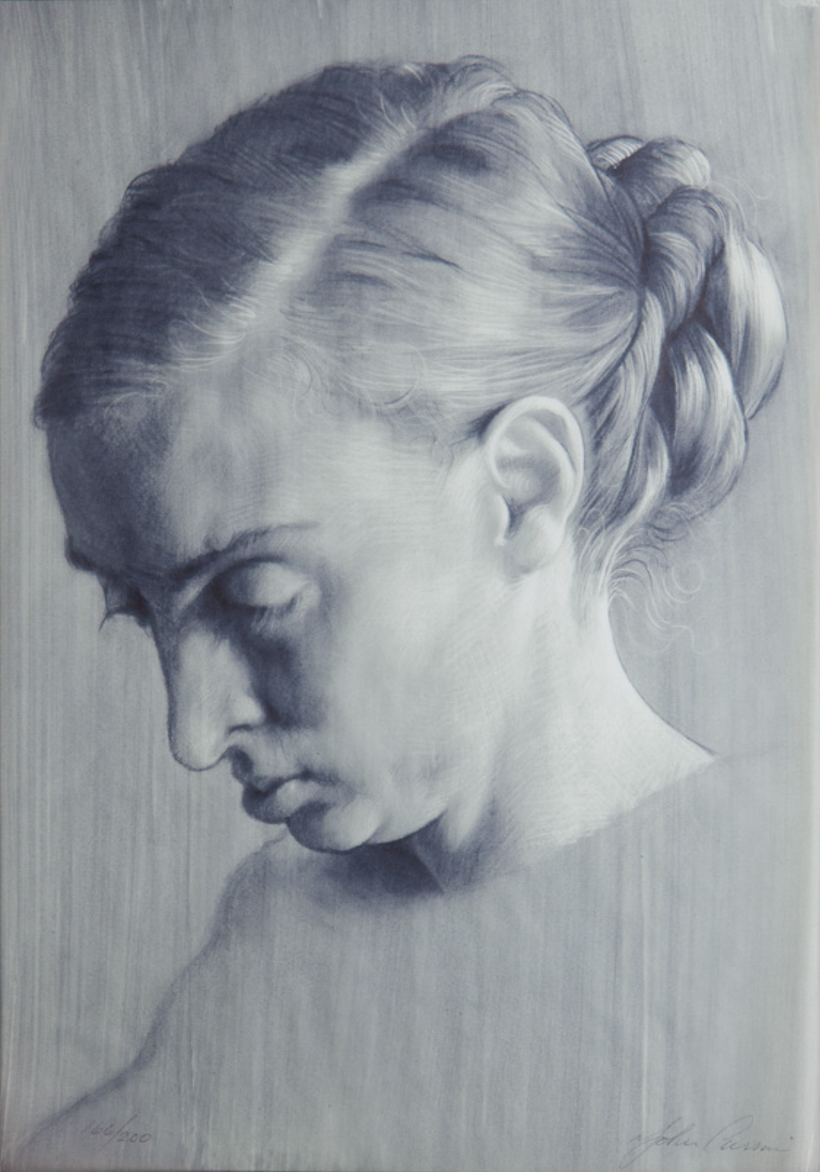