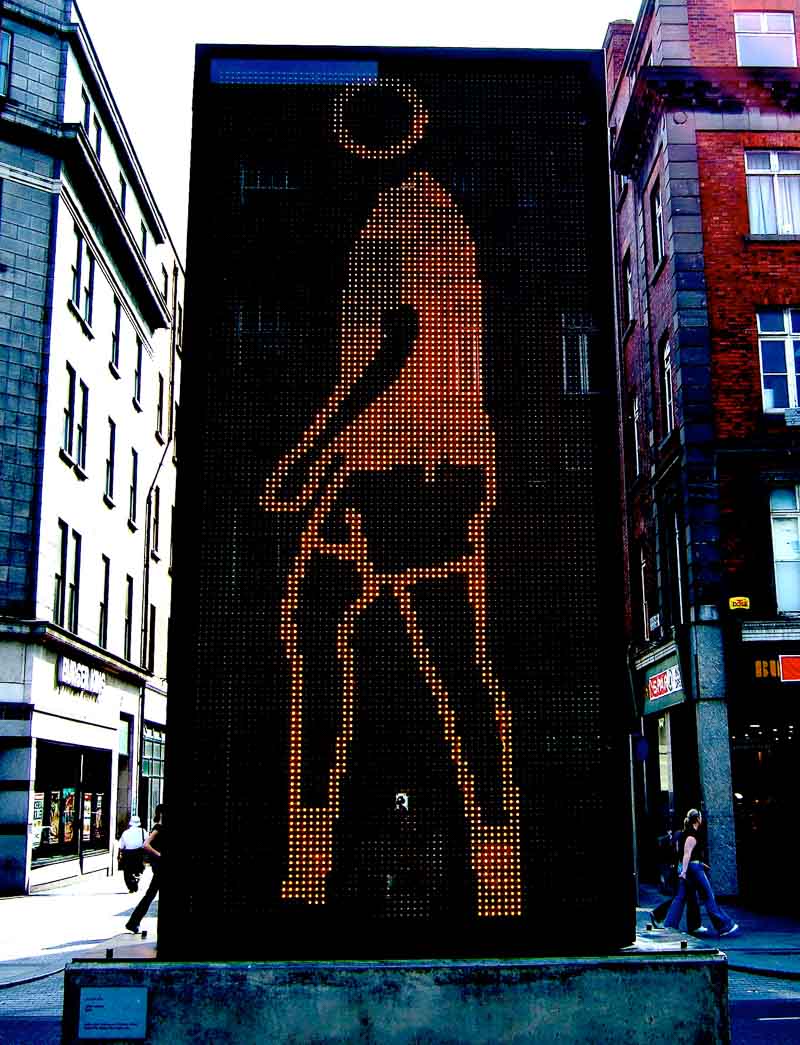 Julian Opie is renowned as a singular talent for his reinvention of portraiture in contemporary culture. Ceaselessly refreshing and neoteric, Opie hybridises graphic design and fine art, creating stylised, bloc-colour representations of the human figure. His work has been mostly concisely defined as "engagement with art history, use of new technology, obsession with the human body". His aptly reductionistic images have been realised in a seductively flat fashion in vinyl, or animated on monumental LED screens.  The use of only graphic lines, signs and symbols pares down visual communication to its absolute essentials, reinventing the visual identity of art with economy of formal vocabulary and abolishing traditional notions of artistic labour. By appropriating avatars as contemporary portraiture, Opie acknowledges the language of the internet age and thereby inaugurates its infusion in the realm of art.

The popular appeal of Opie’s signature style has made his work the subject of many large-scale public commissions, such as Promenade (2012) in Calgary, Ann Dancing (2010) in Minneapolis, and in monumental locations such as Great St Helen’s Square, London and Gateshead Millenium Bridge, Tyne. In January 2016, Opie’s new work Shaida Walking has been unveiled as a permanent fixture at London’s iconic Carnaby Street. The artist lives and works in London.