Liu Xiaofang is a contemporary artist whose whimsical photo-manipulations elucidates the experience of growing in up in communist China. Her unusual circular canvases creates a sense of intimacy, as if looking through a peephole, or peering through a telescope into a faraway land with childlike wonder. Each vignette captures a moment in an on-going narrative featuring the central character of a communist-era girl in the iconic red scarf navigating a dreamscape rendered in calming, cool hues.  landscapes truncated by the curve edge of the plane, Liu leaves much of the context to our imagination, inviting the viewer to extend both the landscape and narrative beyond what is depicted. The largely featureless picture planes are dominated by cloudy blue skies recalling both Rene Magritte’s surrealism and the artifice of The Truman Show, with only an occasional airplane or departed space shuttle, longing for a means of escape from the contrived utopia promised by Maoist communism.

Born in 1980 in Datong City, China, Liu studied at the Central Academy of Fine Arts, Beijing in the department of photography. She went on to pursue a fine art practice in which she instrumentalizes camera techniques and digital manipulation to create surrealist sceneries. Noted for their captivating yet unusual quality, Liu’s work has been chosen to be the representative image of the Beijing 2008 Olympic Games and in 2010 she was the recipient of the Societe Generale Chinese Art Award. Liu has exhibited at the Artscience museum, Singapore; The AIPAD Photography Show, New York;The annual photography fair Paris Photo, France; as well as reGeneration 2, the acclaimed traveling exhibition of contemporary photography produced by Musee de I’Elysee, Switzerland. Her work can also be found in the collection of the Museet for Fotokunst, Odense, Denmark. 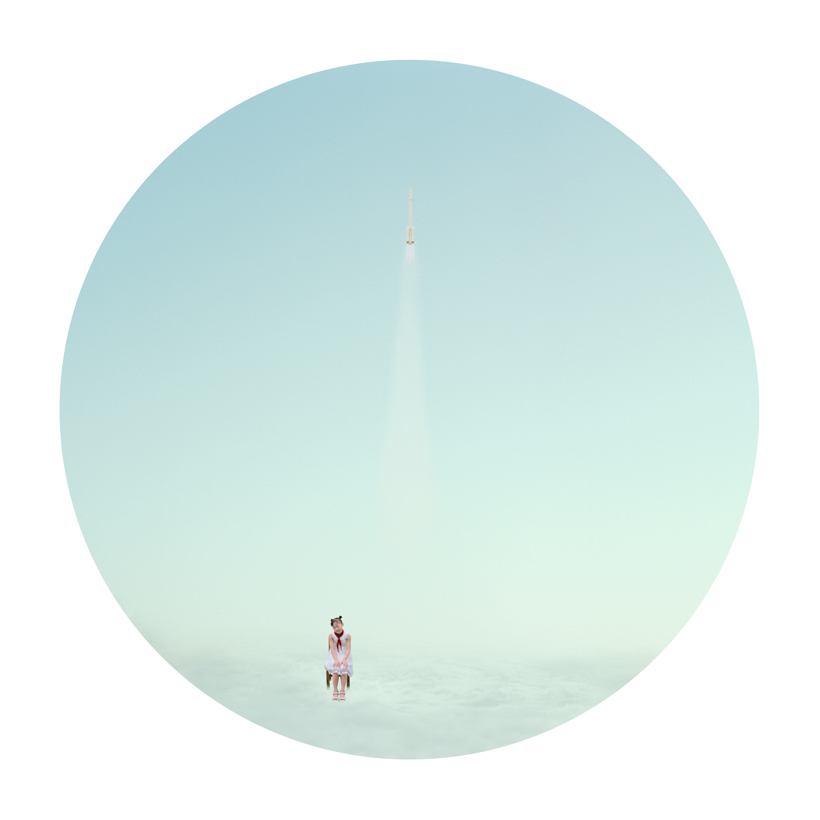