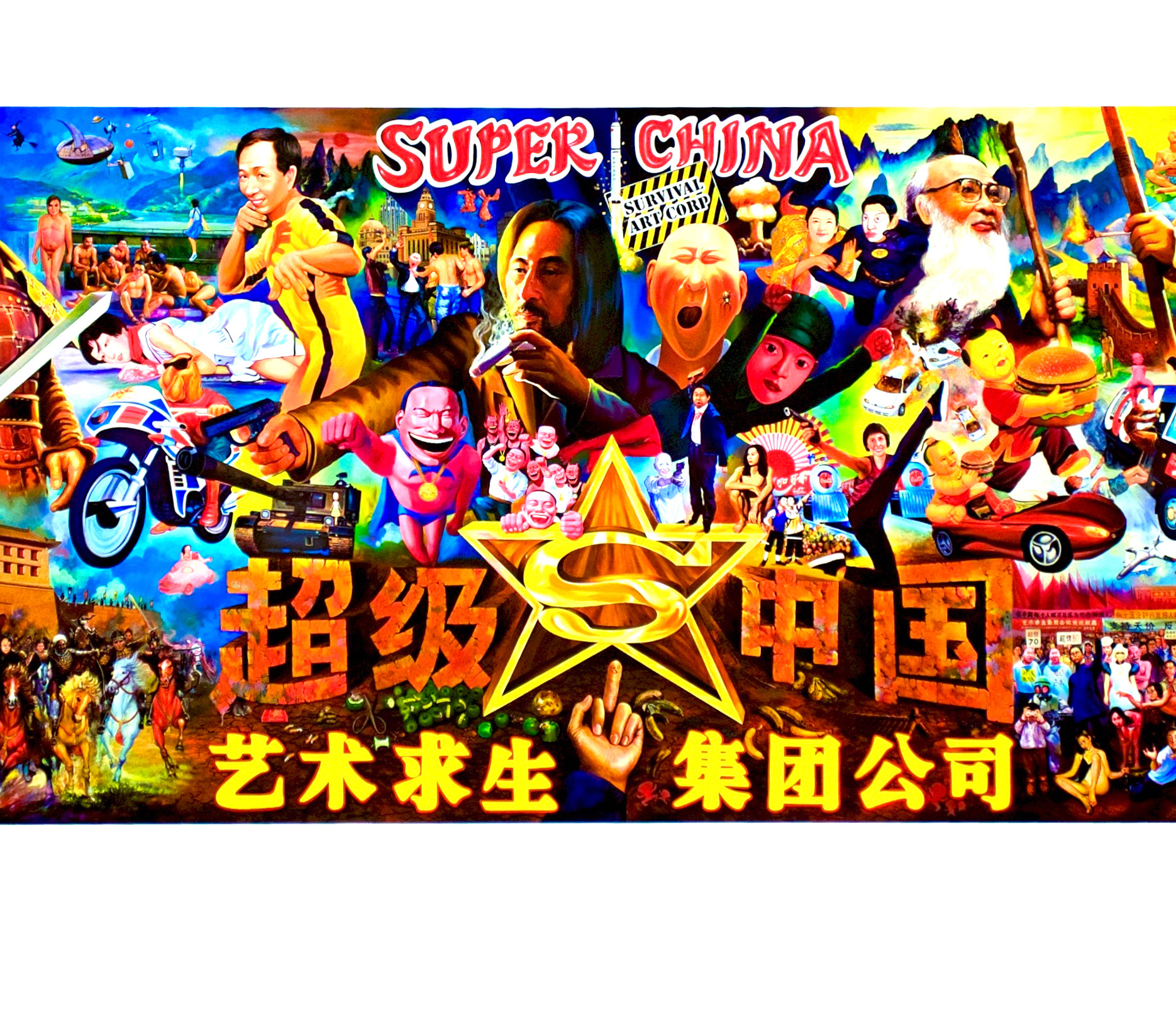 Navin Rawanchaikul is an award-winning mixed-media artist whose work has been aiming at bridging the divide between art and life. The medium he uses vary from paintings, to photography, performances, comic books, and public art projects. One of Navin’s main objective is to render art more accessible to the masses, without compromising its integrity. His works are versatile, and can vary from rather gloomy grey and red paintings, to ultra-colourful and kitsch made-up movie posters, to a simple cabinet filled with glass bottles containing photographs, or red and white Chinese communist propaganda lookalike autoportraits.

Born in 1971 in Chiang Mai, Thailand, from Pakistani-Indian parents, Navin Rawanchaikul presently lives and work in Thailand and Japan. A versatile artist, Navin uses various media such as sculpture, painting, performance, photography, and film. After receiving his BFA from Chiang Mai University in 1993, he went on to found Navin Production Co., Ltd. Navin has since held several exhibitions in prestigious institutions, such as the New York P.S.1 Contemporary Art Center, the Palais de Tokyo in Paris, the Jim Thompson Art Center in Bangkok, and the Ullens Center for Contemporary Art in Beijing. In 2010, he was awarded the national Silipathorn citation from the Thai Ministry of Culture.