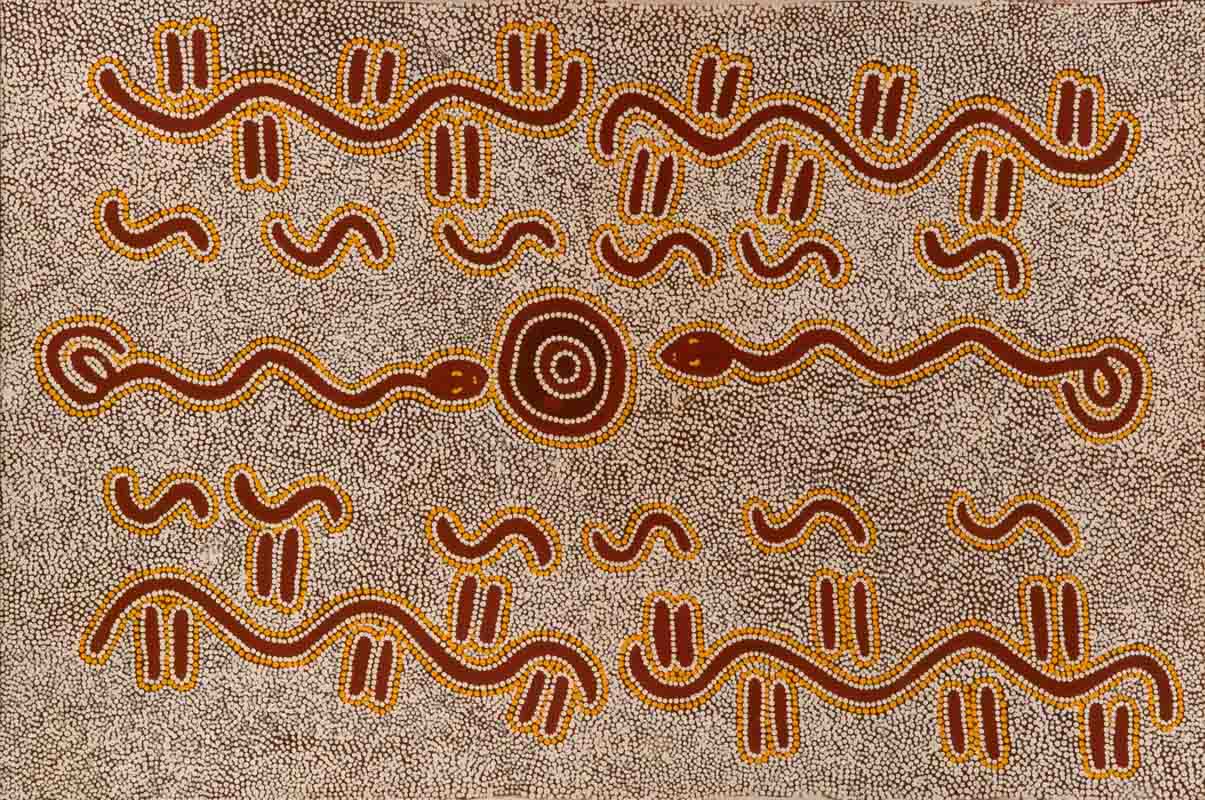 Peter Jangala Ross is a painter working in the Aboriginal art tradition, skilled in the codification of cultural narratives and mythologies in a rich vocabulary of symbols and graphic motifs. Ross specialises in Dreaming Ngapa (water), featuring concentric circles representing springs and waterholes, as well as long sinuous lines indicating rain and floodwaters upon backgrounds of earthy tones punctuated by short, parallel strokes of thunder and lightning. While exalting the symbolism and spirituality of water with visual rhythmism, Ross’s paintings are also abstract visualizations of the great ceremonial song cycles recording locations of water sources that sacred and vital to Aboriginal life.

Born at Lurnpakurlangu (Mount Doreen) in the Northern Territories of Australia circa 1937, Ross began his artistic practice in 1986 with his wife, fellow artist Elizabeth Ross Nungarrayi. He has exhibited mainly in Australia and is collected by the National Gallery of Victoria, Melbourne. 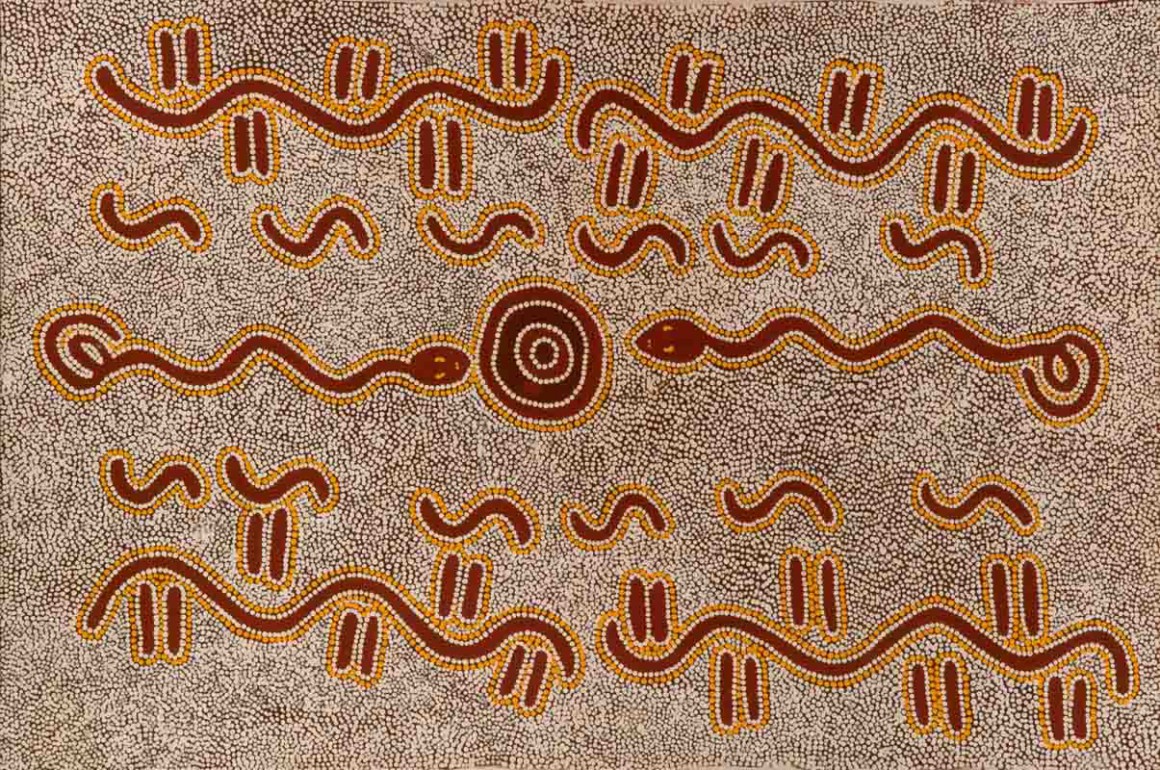