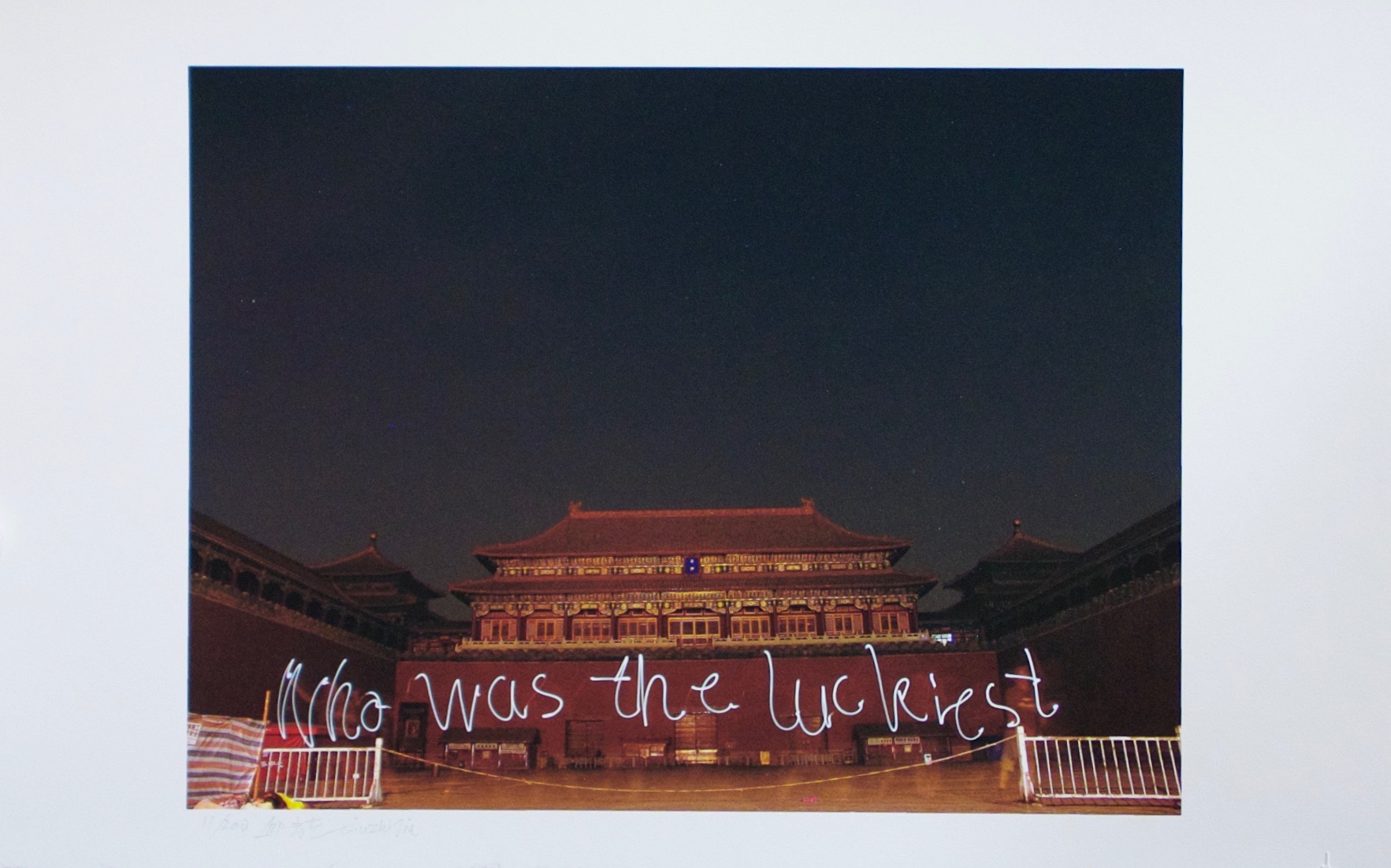 Best known for his mesmerizing calligraphy and text-based work, Qiu Zhijie seeks to explore the meaning of cultural tradition and of self-assertion, particulary in regards to China’s past. Zhijie uses traditional techniques, such as ink rubbing, to convey modern ideas, mixing past and present to stir his viewers into rethinking their relationship to their traditions in today’s China. In his Tattoo series in 1994, the artist painted Chinese symbol on in own body, and another of his work had him copy a 4th century calligraphy 4000 times on the same sheet of paper over seven years. Zhijie often films himself working, and has dubbed this process ‘calli-photo-graphy’.

Born in 1969 in Fujian Province, Qiu Zhijie graduated from the printmaking department of the Zhejian Academy of Fine Arts, Hangzhou, in 1992, and is now based in Beijing. Zhijie is a leader in the new media field in China. Apart from traditional calligraphy, the artist uses a series of media including photography, performance, video, and stone-carving. He is also a prolific author of art theory books, and teaches at the School of Inter-Media of China Art Academy, as well as being the director of Total Art Studios, and member of the supervisor team in the Art and Social Thoughts Institute.

Who Was the Luckiest?,