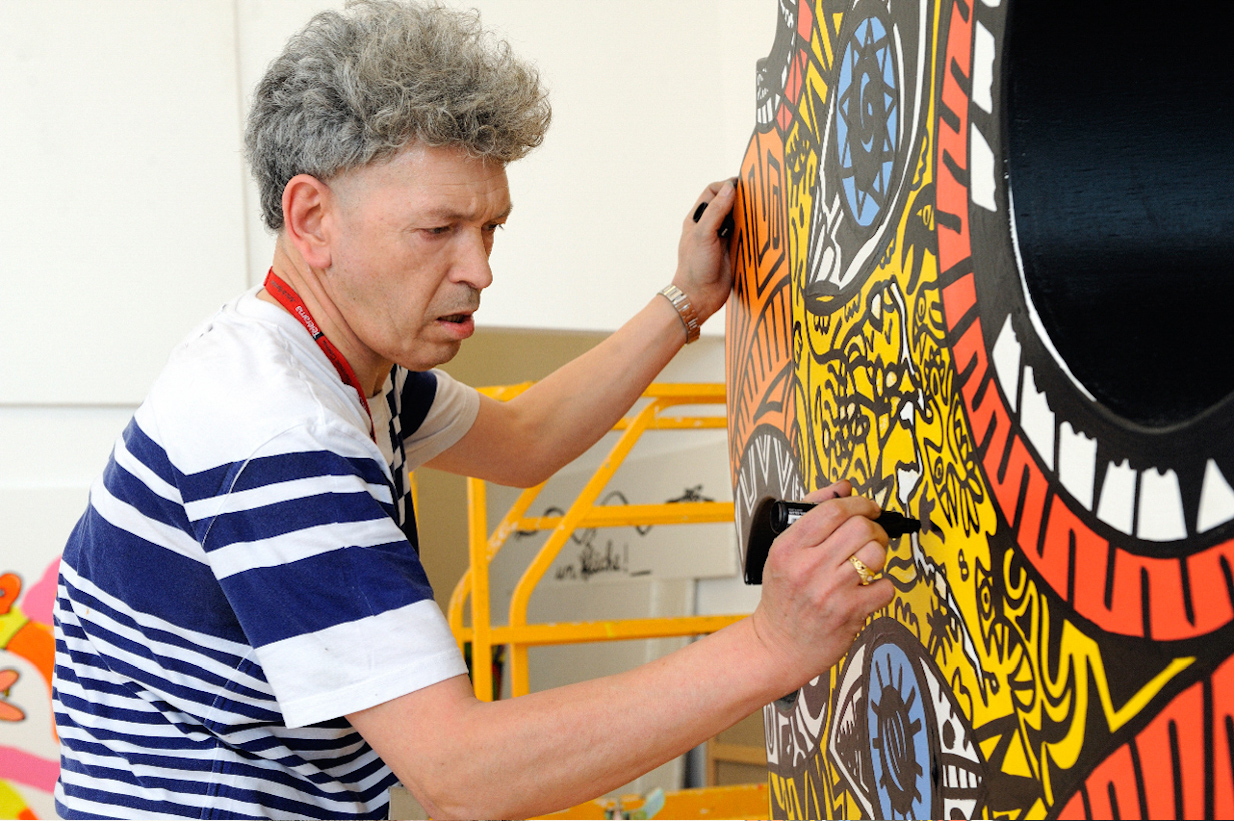 Robert Combas is a renown French painter and one of the progenitors of the Figuration Libre movement in the 1980s. A reaction to the sterility of minimalism and conceptual art of the zeitgeist, protesting instead with the violence and exuberance of popular culture, Figuration Libre marked a departure from sobriety to an artistic language that is audacious yet accessible. Combas draws on graffiti, cartoons, and rock music, wildly distorting the human figure to the point of caricature. An anti-establishment maverick, Combas also revels in the vernacular of Art Brut, or outsider art, adopting its excesses and idiosyncrasies to force form and space to the edges of recognition. Whether it is charioteers sparring in a swamp of electric pink and blue, chimeric creatures venturing out to sea, or two-faced men playing jagged notes on make-shift instruments, Combas’ tableaus are humorous with an unsettling hint of esotericism. His outlandish paintings want, in the artist’s own words, “to tell you about the stupidity, violence, beauty, love, hatred, seriousness and fun, the logic and senselessness that pervade our day-to-day lives."