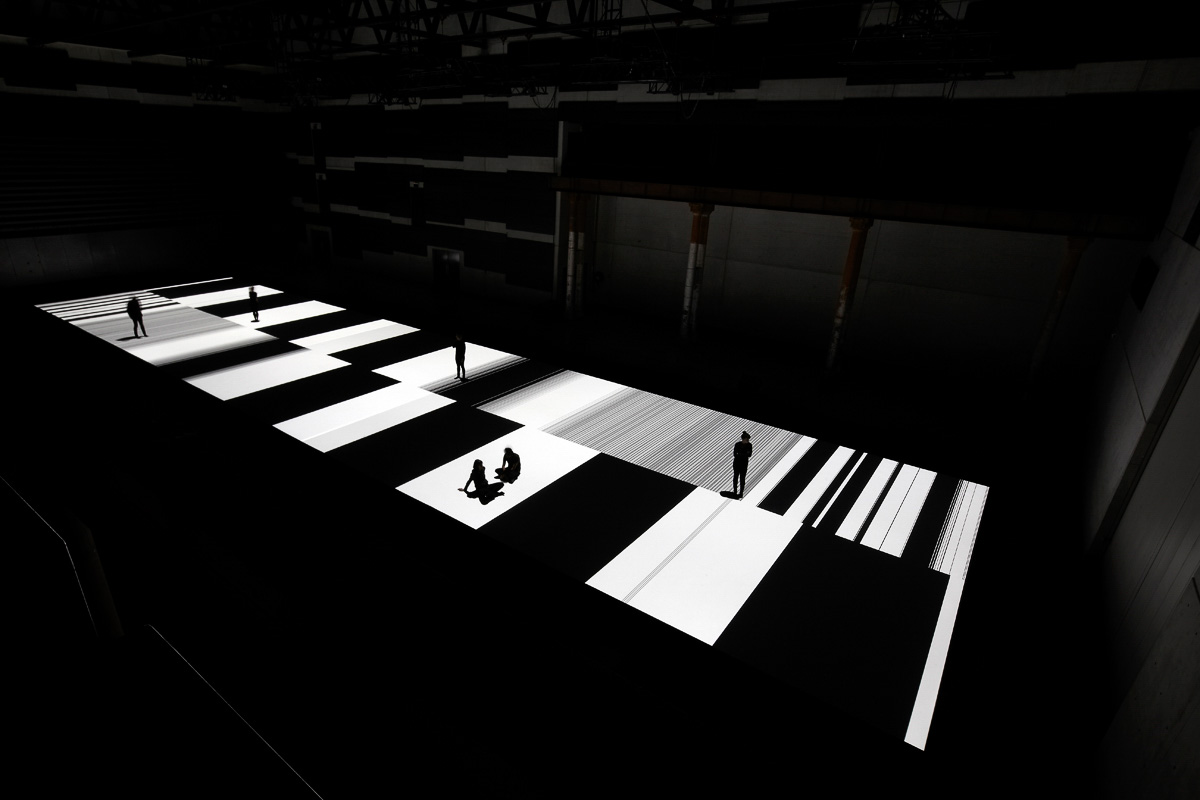 A thoroughly inventive sonic and visual artist, Ryoji Ikeda has pioneered an aesthetic domain of his own in the contemporary art world. The artist orchestrates immersive installations with sound and synchronous video projections with a hard-edged cybertronic sensibility. The sights and sounds are composed with mathematical precision, using data to generate beat patterns while data-visualization models animate a hypnotizing spectacle. Ikeda can often be found working at the extremes of the sonic medium, using frequencies at the edges of the human range of hearing, of which, in Ikeda’s own words, “the listener becomes aware of only upon its disappearance.” Often submerging its surroundings, the installations are perceived as a mass of data, incomprehensible to the human mind, which viewers can only experience as sensory stimuli belonging to a scientific sublime that overshadows the human condition.

Born in Gifu, Japan in 1966, Ikeda began his career as a DJ in the clubs of Tokyo before taking the medium to its extremes for his art practice, ultimately winning the highest prize in Prix Ars Electronica [email protected] 2014. As a sonic artist, Ikeda has performed live in this medium at premier institutions and events, including Festival d’Automne, Centre Pompidou, Paris; Art Basel, Basel; Museum of Modern Art, New York; Tate Modern, London; The Barbican, London; Walker Art Center, Minneapolis; Somerset House and Queen Elizabeth Hall, London. His work can be found in the collections of the Centre Pompidou, Paris; Fonds National d’Art Contemporain, Paris; Museum of Contemporary Art, Tokyo; Takamatsu City Museum of Art, Japan; and Zentrum fur Kunst und Medientechnologie, Germany. The artist lives and works in Paris, France and Kyoto, Japan.