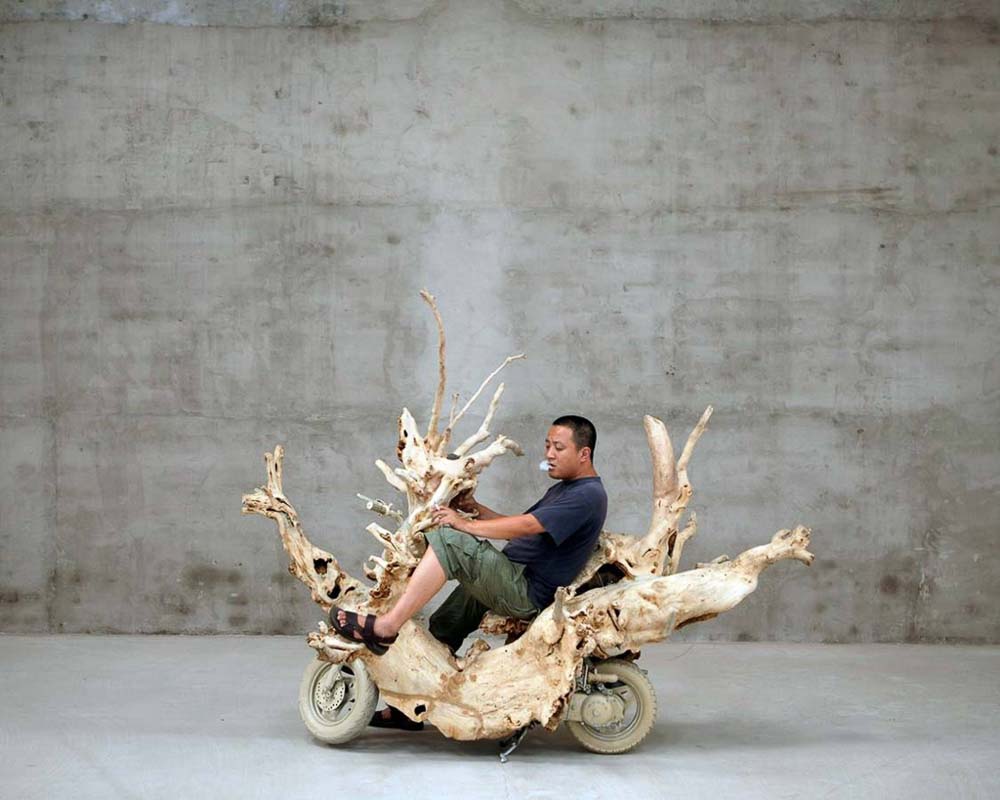 Shi Jinsong dissects life in the socio-cultural environment through solid stainless steel. Spurred by the resistance of humanity, he uses traditional craftsmanship as a medium and the juxtaposition of meaningful modernity and industrialization in a mechanical society. The visual culture of contemporary China that Shi creates in his works is the mirror of danger disseminated in globalization today that drives our lives. Contradictions cause changes in all dimensions; Shi shows us a new angle with his metaphors. The disguise of protection in our present civilization is seen through the reality of socio-control of consumer objects in Shi’s work. His creations are inspired by fatherhood and Foucault’s Madness and Civilization; the artist illustrates the real perils of existence. In our global world, the baby, like the Na Zha warrior, has to fight to survive and must be armed to face the competitiveness of the capitalist world.