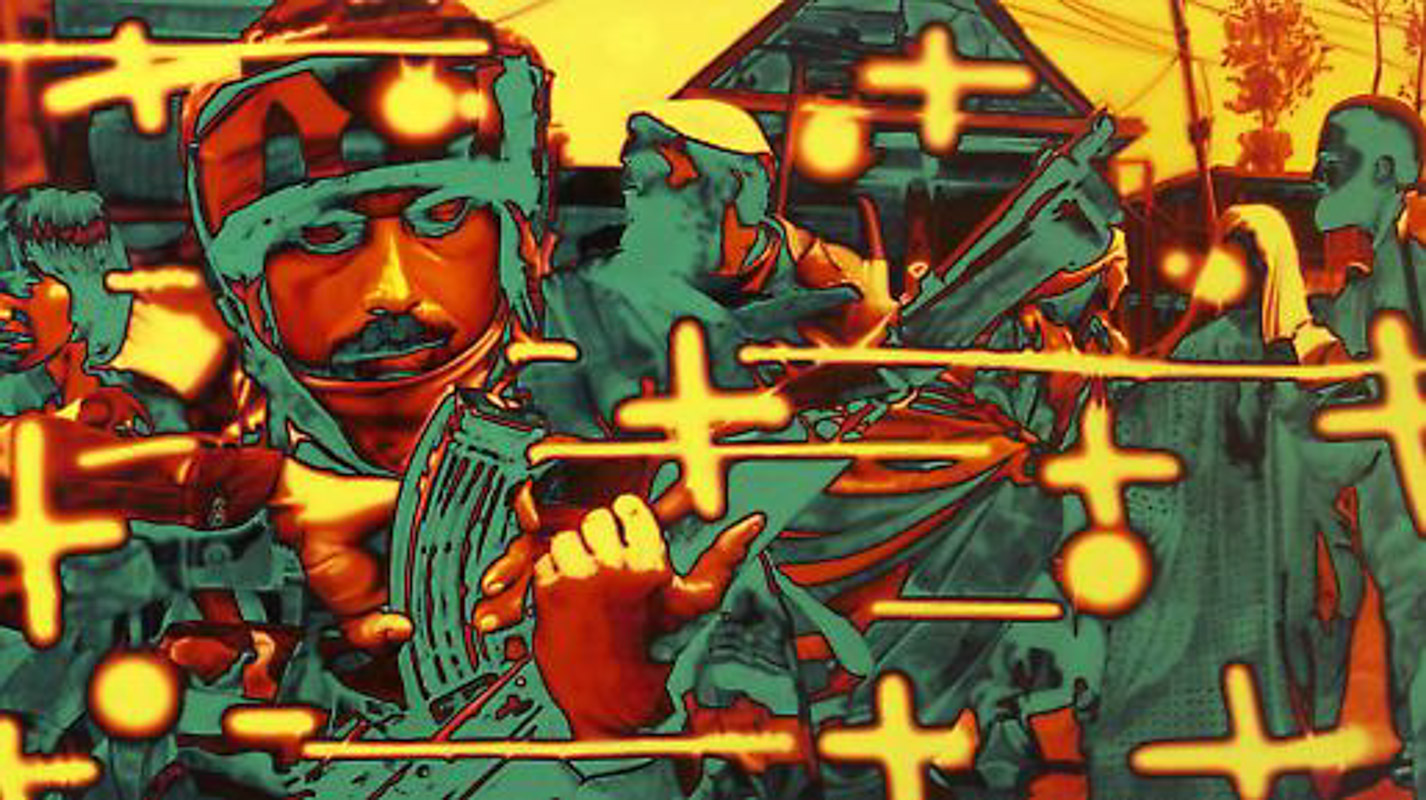 A distinguished and outspoken political artist, T.V. Santhosh is renowned for his compelling photo-hyperrealistic oil paintings and stark installations reacting against humanity’s penchant for war and violence. The artist conceives portraits and misc-en-scenes resembling photojournalistic images, not only immortalising moments from the warzones on the canvas but solarizing the colour values and splattering the picture plane with calescent blotches and crosses resembling gunfire frozen in time, thereby imbuing the paintings with a psychologically- and chromatically-charged urgency. Rendered in high-contrast, over-saturated tones of orange, green and yellow to resemble a photographic negative in nuclear decay, Santhosh’s visually combative canvases overexposes our climate of violence, and incite us to recognize the routine sensationalization and instrumentalisation of civil conflict.

Born in 1968 in Kerala, India, Santhosh is a prominent figure of the contemporary Indian art scene. He received his graduate degree in painting from Santiniketan and later, a master's degree in Sculpture from M.S. University, Baroda. Early in his career, Santhosh was conferred the Kerala Lalit Kala Academy State Award, a National Scholarship and the Kanoria Scholarship, Ahmedabad. He has been in major exhibitions as a representative of Indian art as well as the theme of war, at the Vancouver Biennale; Singapore Art Museum; Museum of Contemporary Art, Shanghai; Prague Biennale 5, Das Kunst Museum, Austria; Tel Aviv Museum of Art, Israel; and Havana Biennale. The artist lives and works in Mumbai.