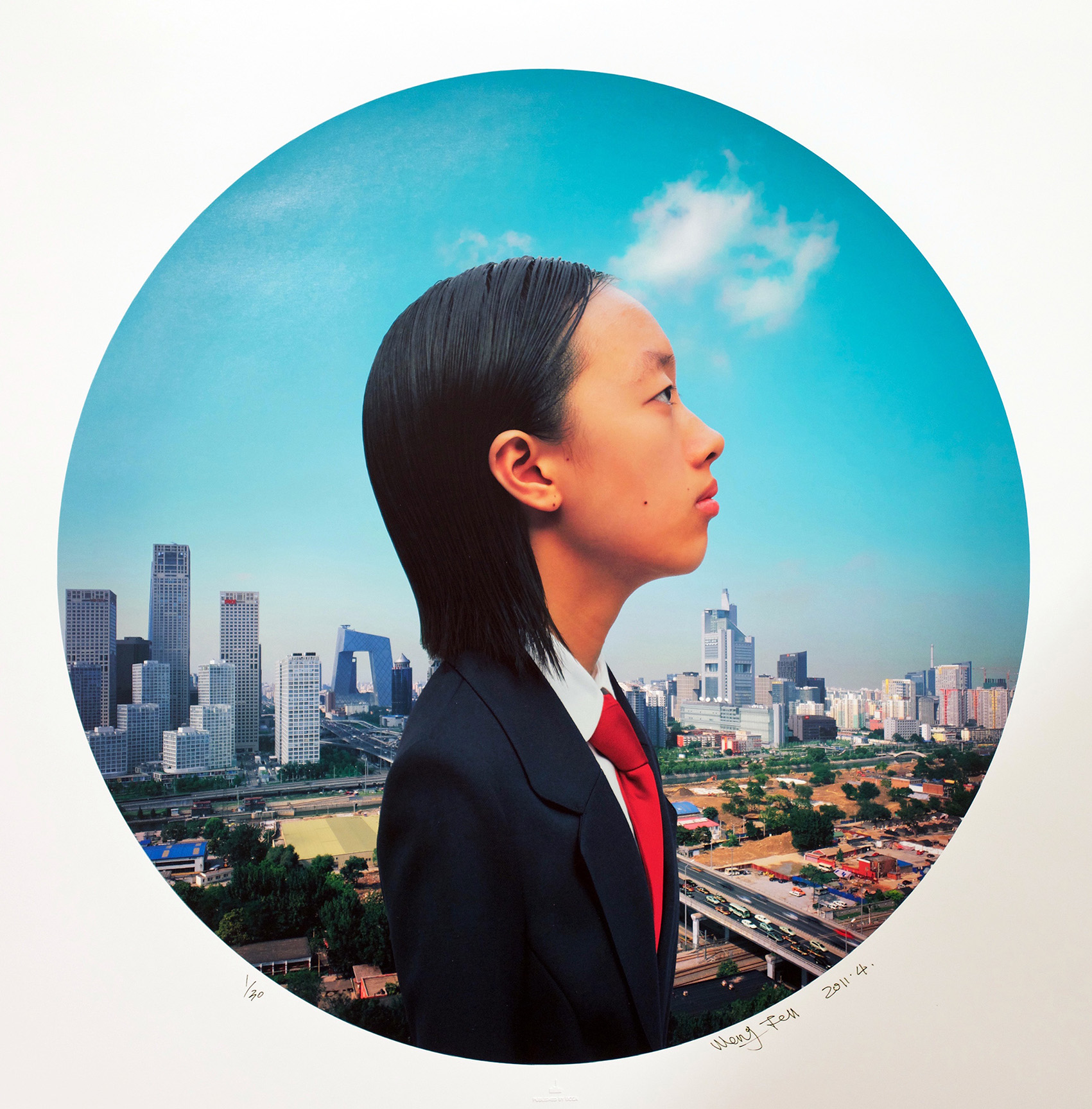 Also known as Weng Peijun, Weng Fen is a prolific photographer. His often depicts small group of individuals, their backs turned to the camera, gazing on gigantic landscapes, blue skies, or cities, making human form seem minuscule and distant. Like many other Chinese artists of his generation, Weng Fen seeks to document and reflect on China’s flabbergasting cultural, economic, and political evolution of the past three decades. Most of his subject in his paintings are adolescent figures, perhaps a parallel to China’s transition into a new cultural ‘body’.

Born in 1979 in the island and province of Hainan, Weng Fen graduated from Guangzhou Academy of Fine Arts in 1985, and is currently a teacher at the Art College of Hainan University. The artist has exhibited at the Centre Georges Pompidou in Paris, the San Diego Museum of Art, the Mori Museum in Tokyo, and the International Center of Photography in New York amongst many others. 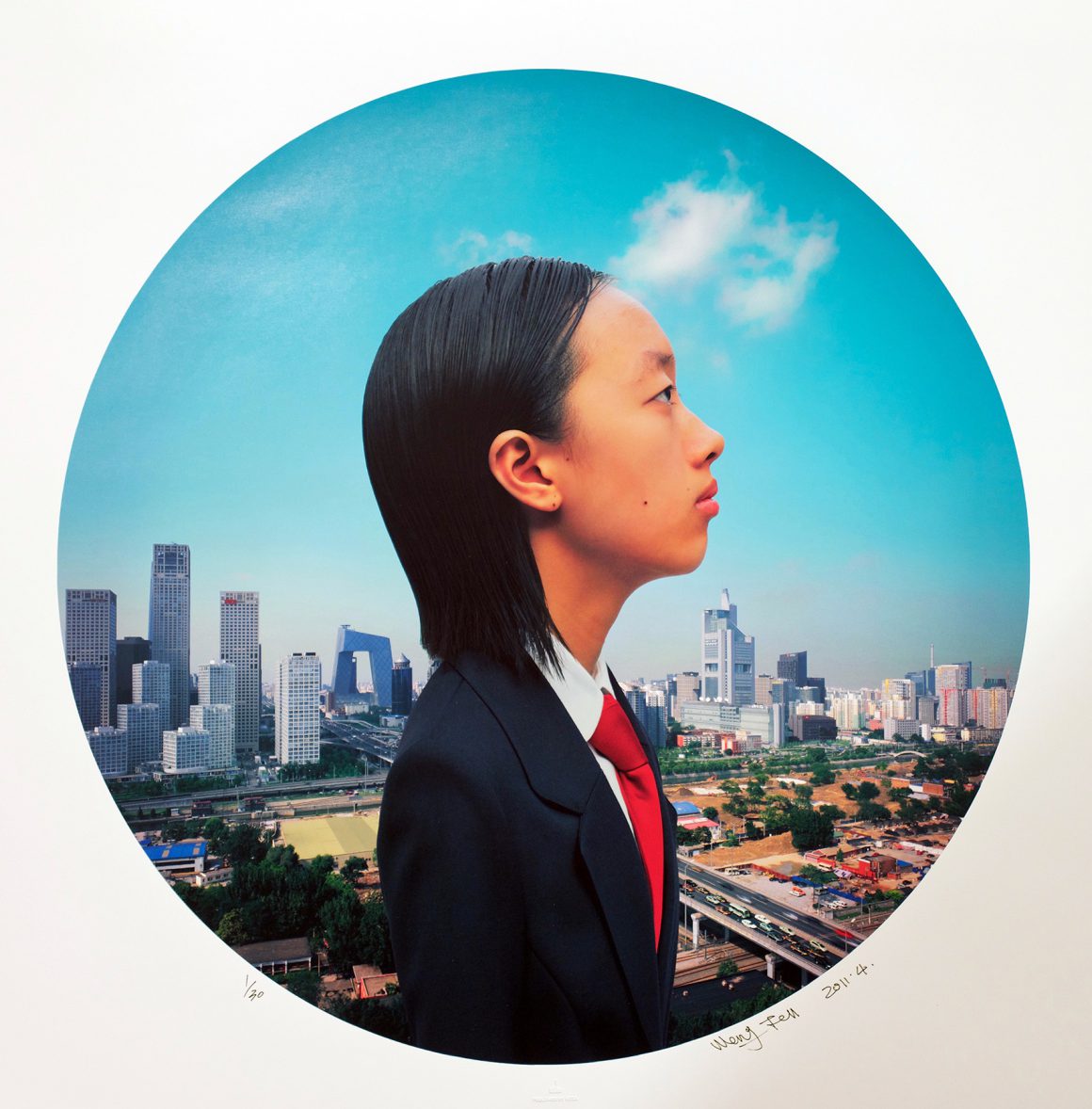 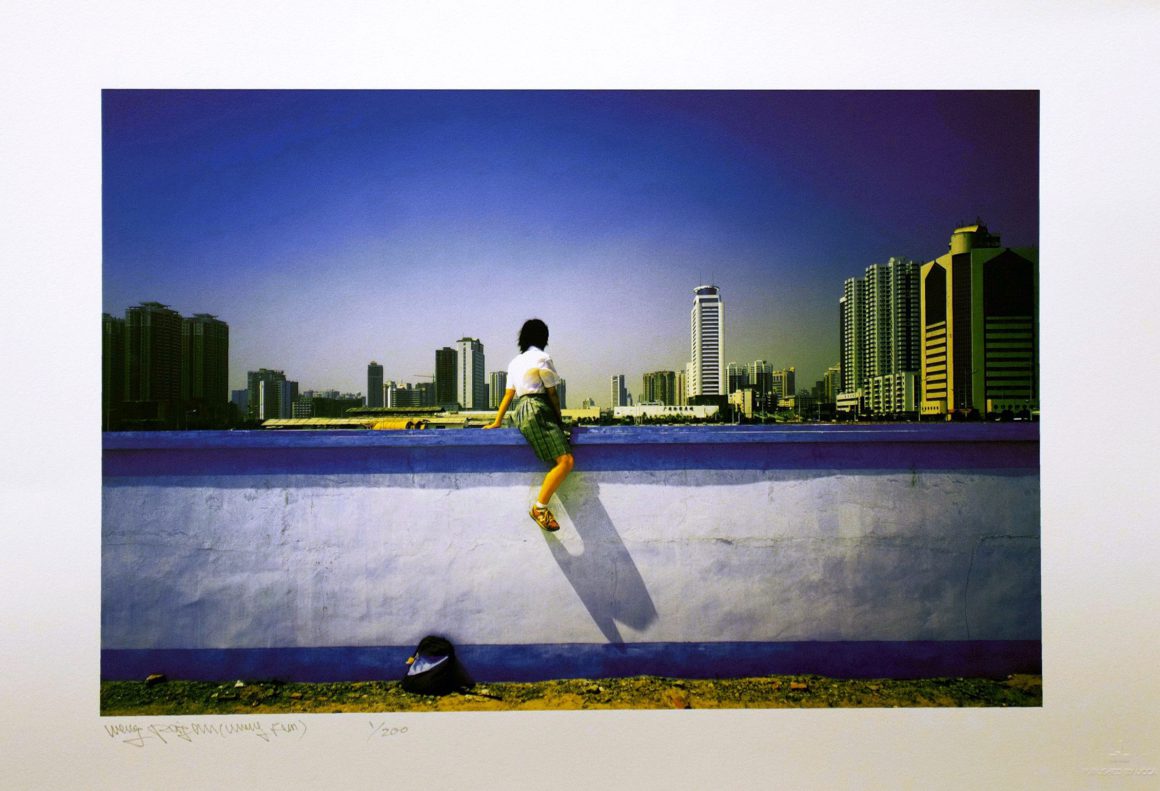 Sitting on the Wall – Guangzhou 3,