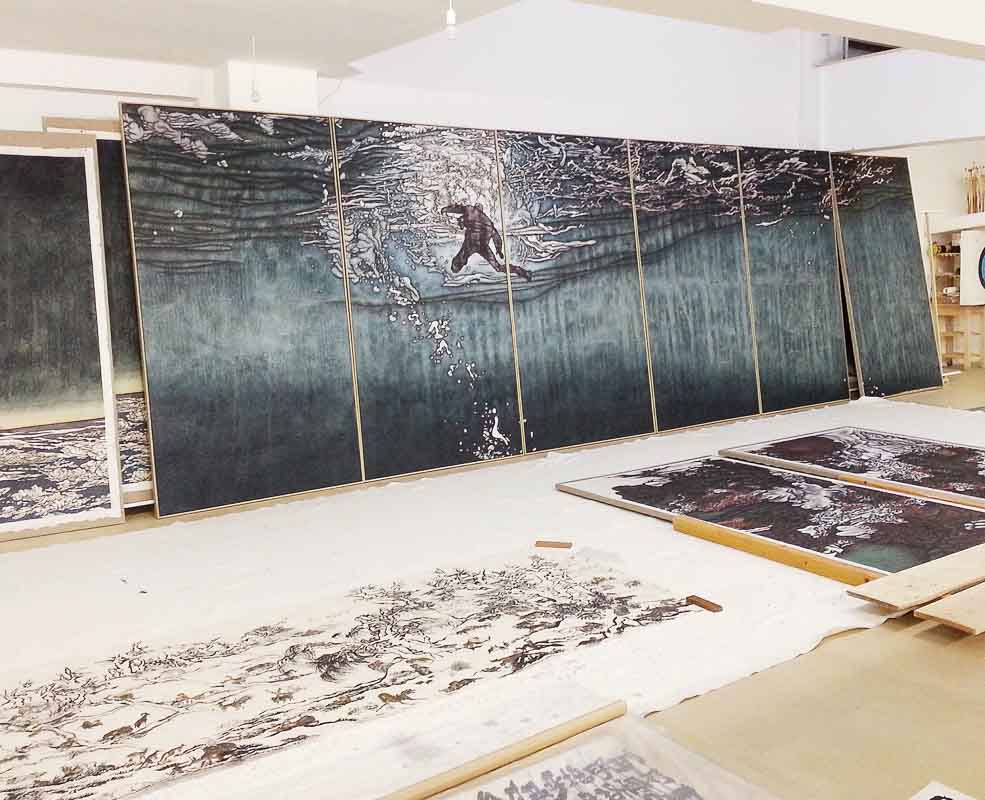 Yang Jiechang’s multimedia work combines traditional Chinese and Western elements, offering his audience a peek into his formative past between two worlds. A versatile artist, Yang’s art ranges from monochromatic ink paintings and the use of thick black brushes on fine xuan paper, reminiscent of East-Asian zen panels and calligraphy, to porcelain sculptures of bones painted in traditional blue and white Chinese patterns. Some of his paintings are emulative of Western realism, and his sketches of naked forms reminds one of Picasso’s works. Yang also works with video and photography.

Born in Foshan Province in China, the artist belongs to what is called ‘the second generation of contemporary artists’. He trained at the Guangzhou Academy of Fine Arts, where he taught until 1988, and specialised in the techniques of paper mounting, calligraphy, and traditional Chinese painting. In 1989, he exhibited in the Centre Georges Pompidou in Paris, and decided to remain in Europe, living and working in Paris and Heidelberg, Germany, where his wife is from. 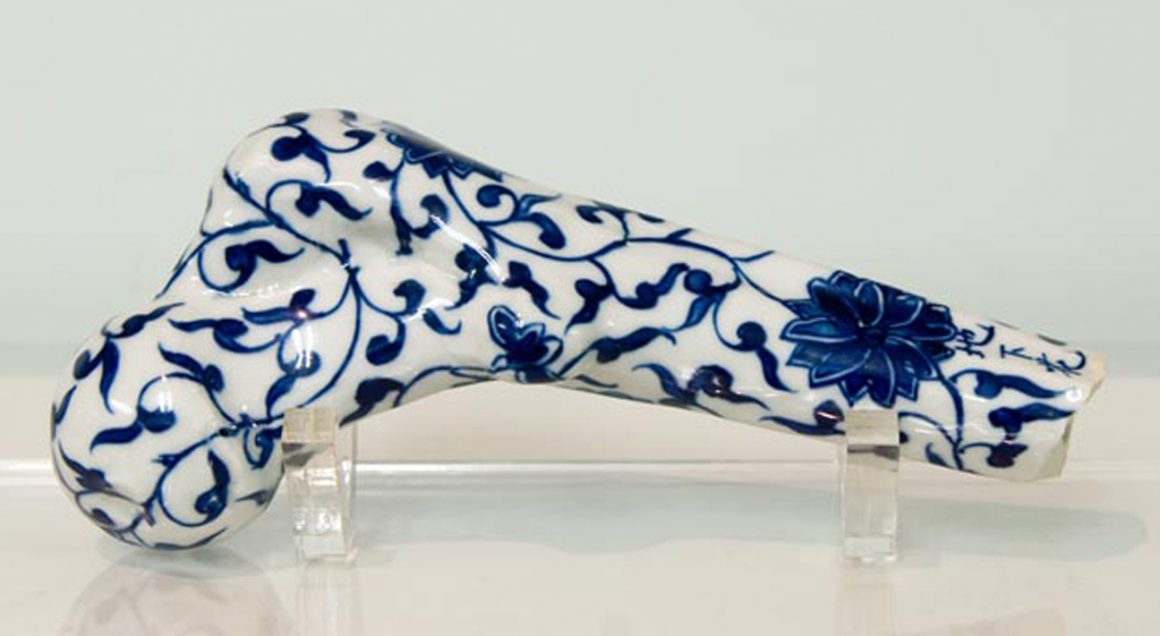 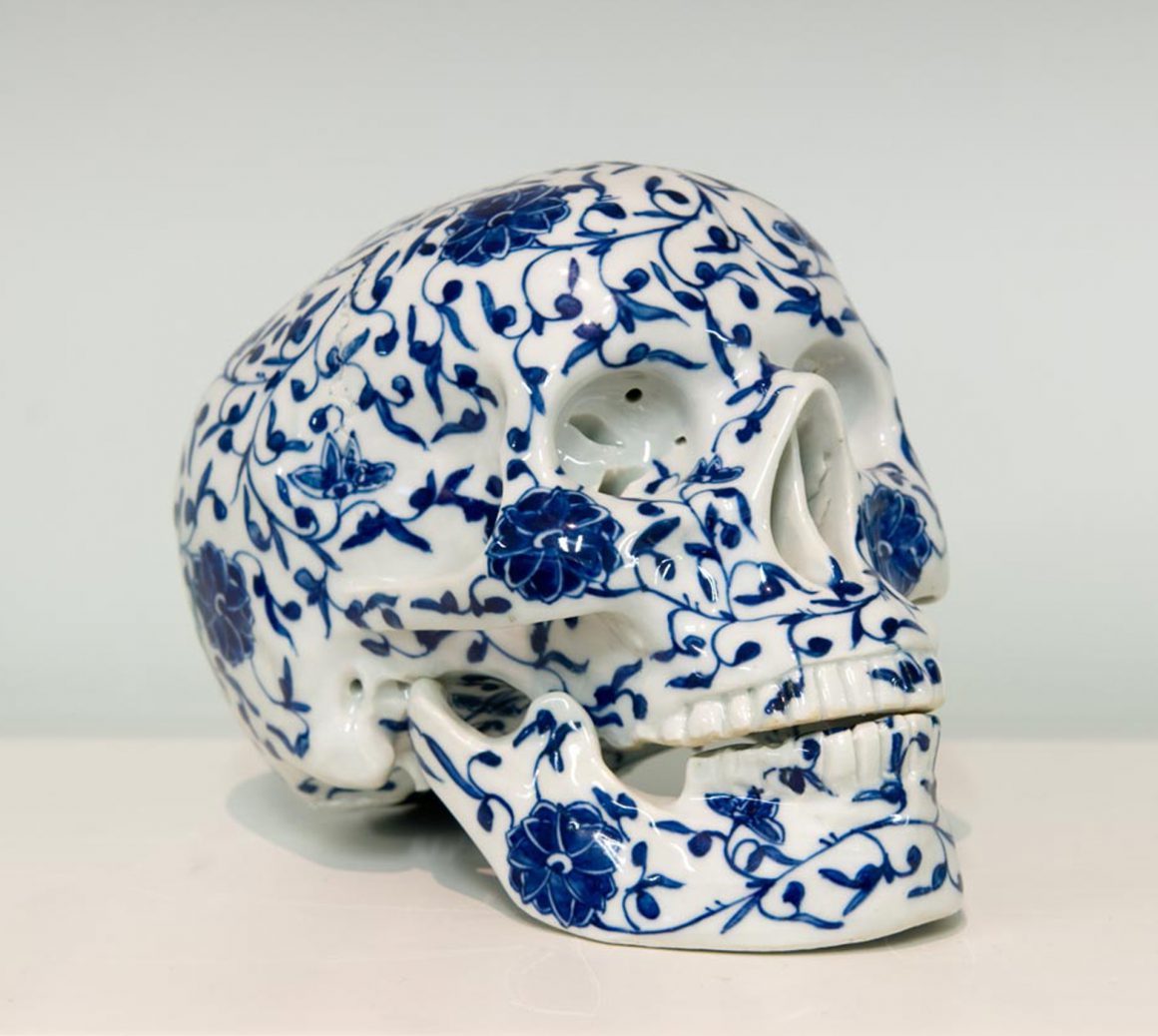