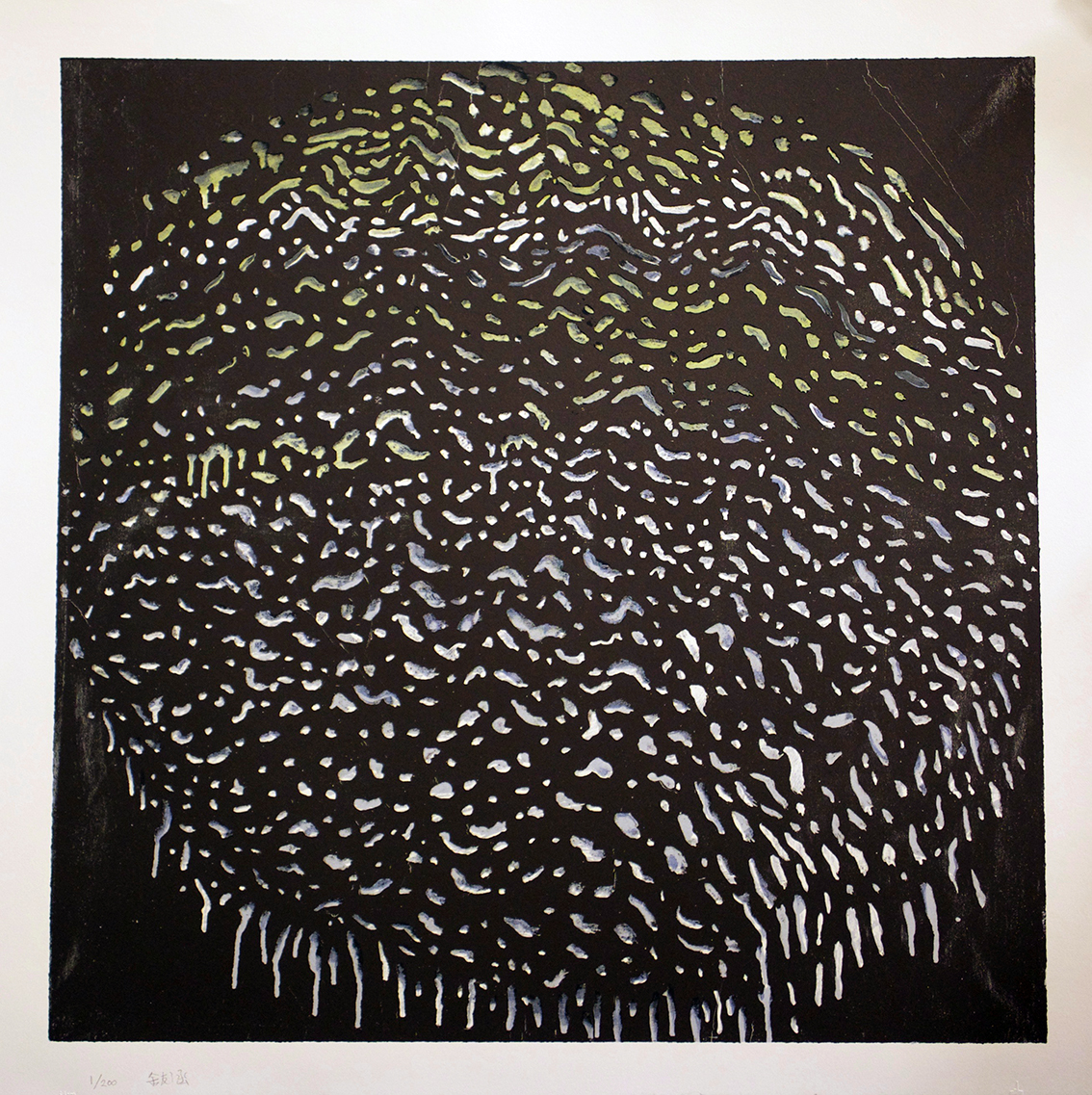 Yu Youhan is considered by many to be one of China’s greatest artists, and the father of Chinese pop art. His earlier work represents a series of dotted, circular painting, a personal reflection on the Daoist vision of the universe. A lot of his paintings use a Pop-style decorative aspect, taken from traditional folk art, while his more recent works focus on issues in China and on his personal history. Mao is a recurrent subject in a lot of his works, the communist leader represented in a series of colourful painting.

Born in Shanghai in 1943, Yu Youhan graduated from the Central Academy of Art & Design (now academy of Arts & Design, Tsinghua University) Beijing. Perceived as the father of abstract painting and Political Pop in China, he has taught art in Shanghai for an extensive number of years. His renown and global recognition happened somewhat against his will, as he had no intent to pursue an interdisciplinary or international practice. His experiences during the Cultural Revolution, and the subsequent opening and dramatic political changes in China greatly influenced his art. The Dao concept of the universe was also a source of inspiration for his work in the 1980’s.