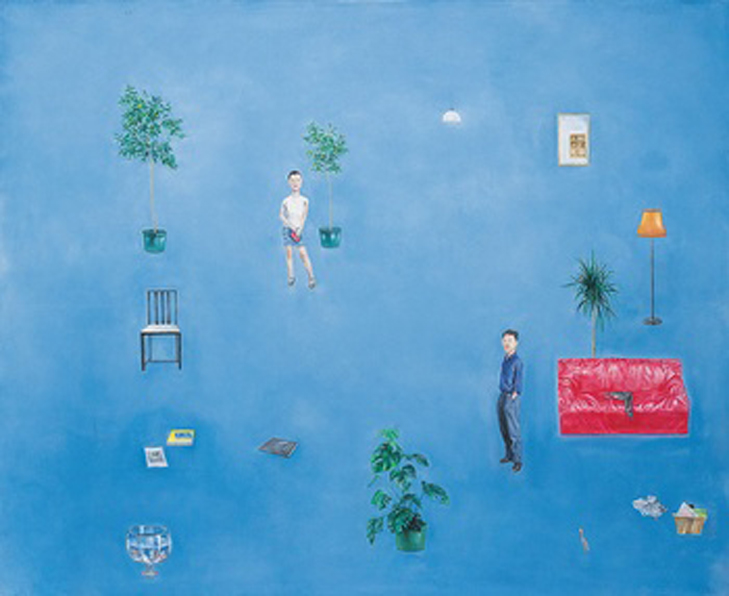 Zheng Hao belongs to the generation of New Realist painters redefining the artistic Avant Garde in China. His works depict wide spaces, interiors, and urban centers deconstructed and their elements spread apart on a wide monochromatic canvas. Painted in a style that makes the space look almost flat, the various objects seem almost as if they were simply put there, without any intention of perspective or narrative. A human figure often floats somewhere on the canvas as well, lost in the midst of random objects. His work is emblematic of our age, were time and determinacy has been lost, offering the viewer an introspection of the new spiritual reality of this era, and a critic of China’s obsession with material goods.

Zheng Hao was born in Kunming in 1963. He did his BA at the Central Academy of Fine Arts from 1985 to 1989, where he specialised in oil painting. He then went on to teach at the Kunming Educational Institute from 1989 to 1993, before switching to the Oil Painting Department of the Guangzhou Academy of Fine Arts, where he still teaches today. 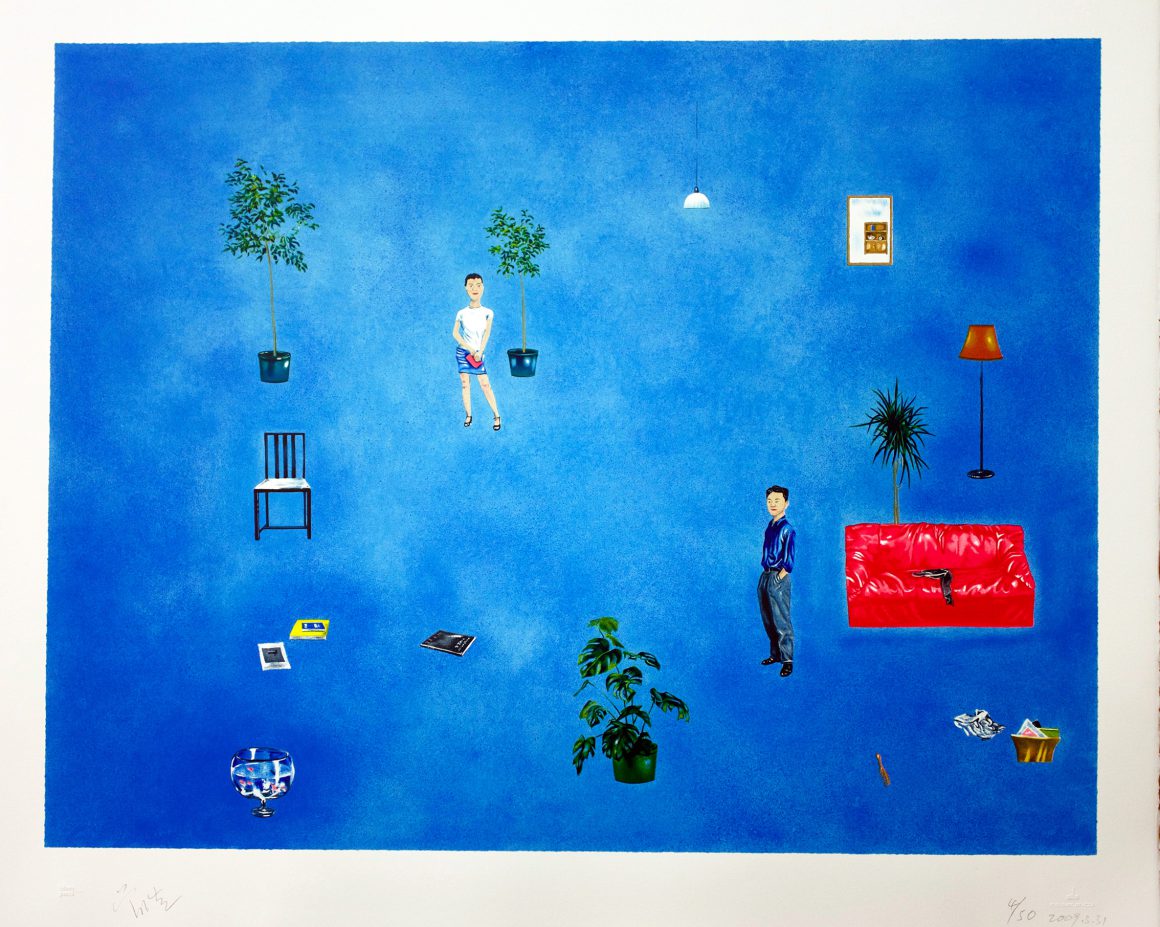