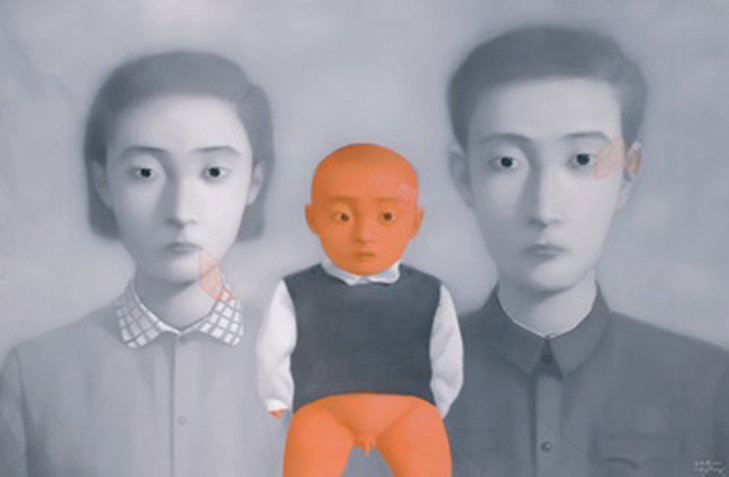 World-renowned Chinese artist Zhang Xiaogang is recognised for his characteristically formal and stoic family portraits. Growing up during the Cultural Revolution, Zhang’s childhood memories are both dark and unexpectedly sentimental. During the 70’s Zhang was sent to the rural countryside to be ‘re-educated’ alongside thousands of other teenagers. On the one hand, the hard labour and separation from his family was taxing. On the other, Zhang has cherished memories of the friends he made in the beautiful fields of China. The idea of collectivism, shared memories, interaction yet isolation is a powerful constant in Zhang’s work today, which reflects not only his own experience but also the experience of China as a whole. Playing on the metaphor of a big family, Zhang underlines the collective identity shared by the many generations of people in China and their sense of duty, envy, love and hope towards their ‘siblings’. However, in this world of unity and familial similarity, one cannot escape the pervasive sense of suffering, alienation, fantasy and sadness.