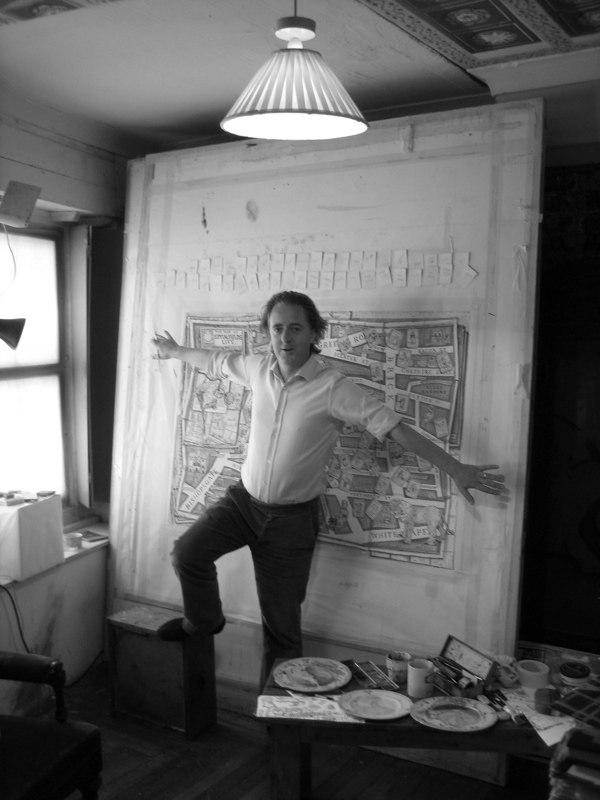 Adam Dant watches life constantly when he writes and draws. From 1995, every weekday for 5 years Dant’s observations and art were most readily encountered through his curious nom de plume in Donald Parsnips Daily Journal. Dant’s use of historical research and the influence of his literary background; Voltaire, Pope, Swift and Borges, continues in his current large scale sepia ink drawings. Dant’s understanding of architectural detail and traditional printmaking techniques is emphatic in his drawings, maps, charts and most recently in his famous trompe l’oeil library and ceiling commissions. Dant’s investigations into “the interconnectedness of everything” and the arcane, earnest and often quite bizarre “belief systems” that append themselves to such a concept are the artists starting point for large “sepia ink-on-paper” drawings which create “psycho-histories”, “Monuments” and Panoramas of colliding histories and fictions”. 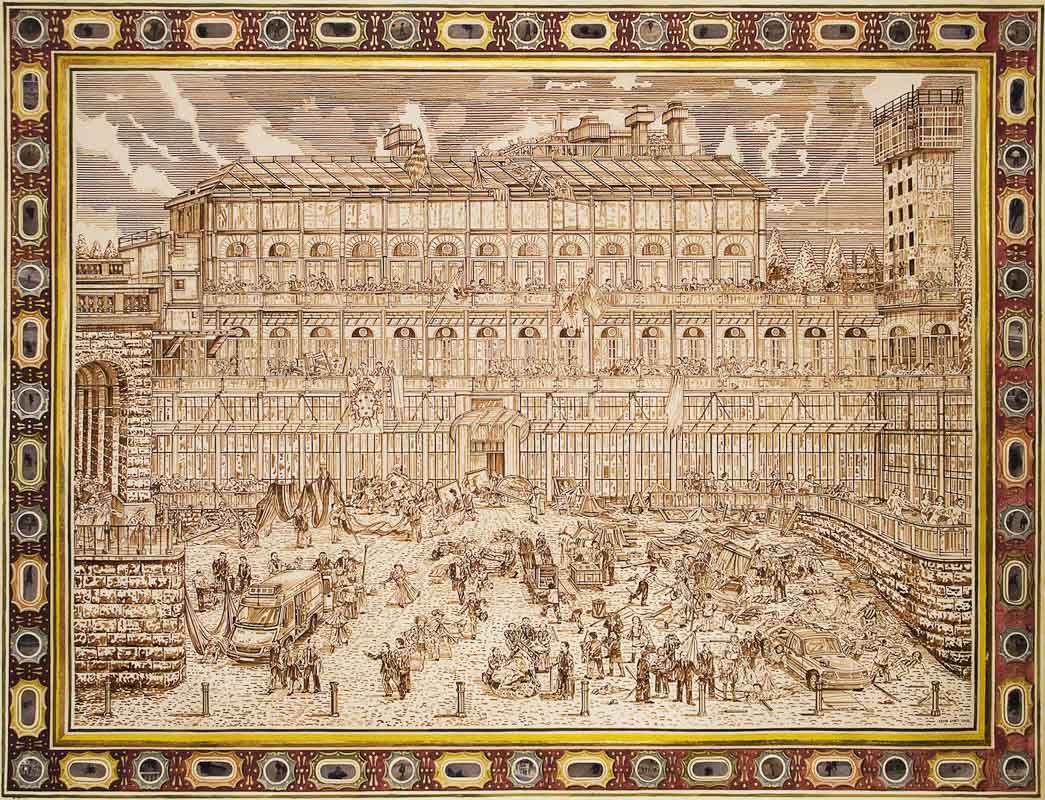 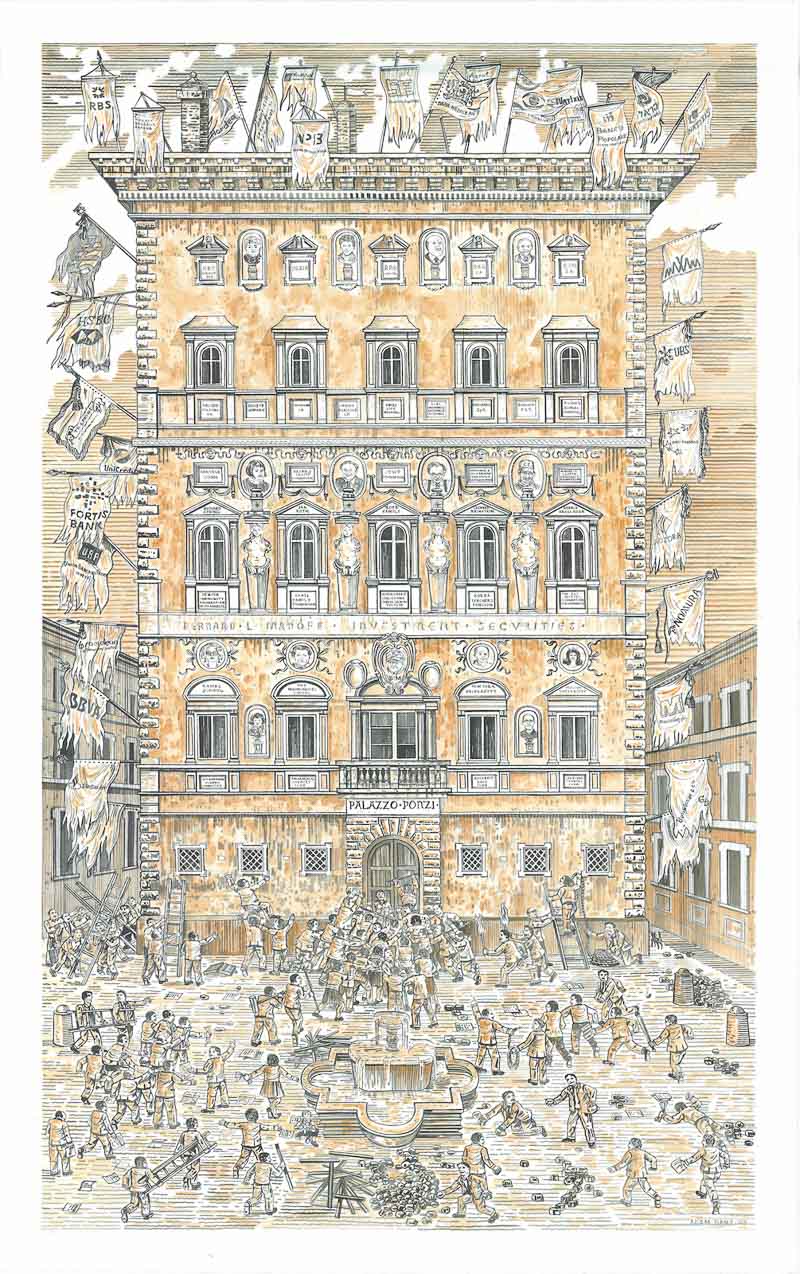