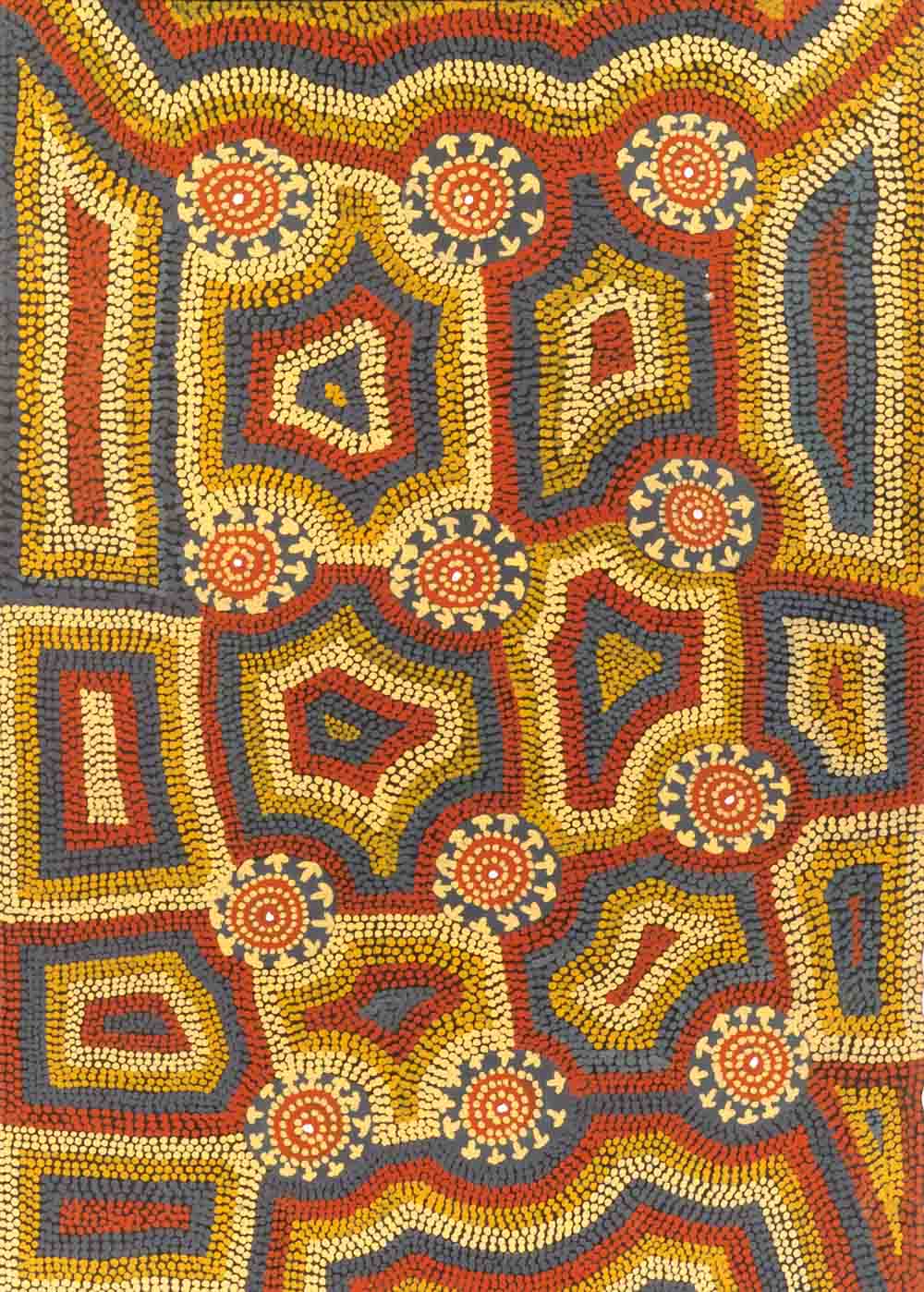 Born in Victoria, Australia circa 1940, Tjapaltjarri is an aboriginal artist who commenced his career in emergence of the art movement at Papunya in the early 1970s. Tjapaltjarri has exhibited at the National Gallery of Victoria, Melbourne; his prolific oeuvre is housed in various public and private collections, including the National Museum of Australia, Canberra; Art Gallery of Western Australia, Perth; South Australian Museum, Adelaide; Holmes a’ Court, Perth; and University of Western Australia Anthropology Museum, Perth.