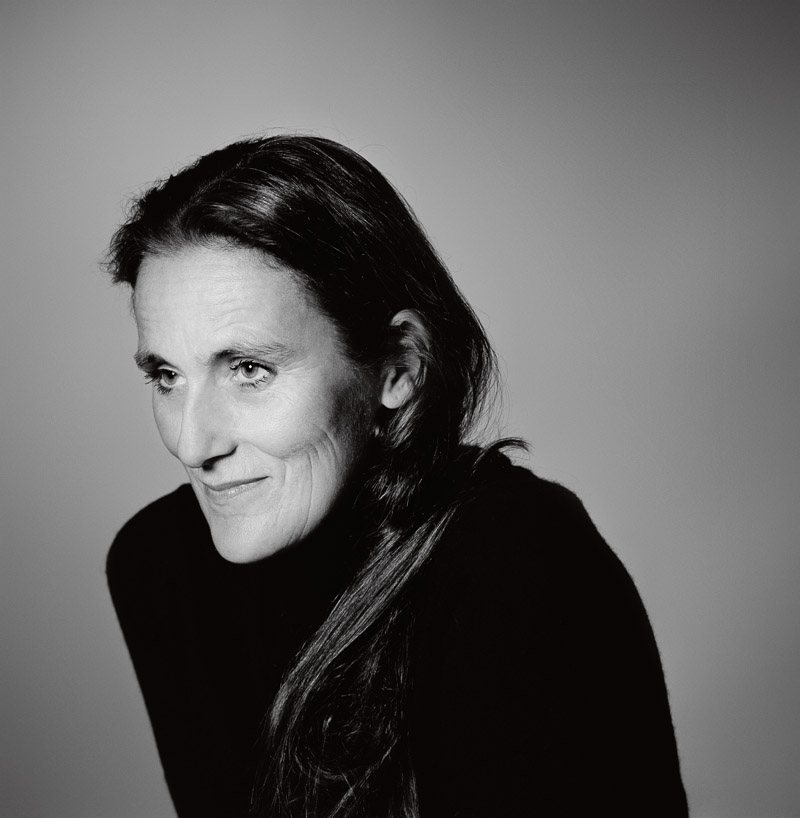 Fabienne Verdier is an internationally celebrated artist who bridges the dialogue between Eastern and Western artistic traditions, being one of the very few Western artists to have mastered traditional Chinese ink painting. Having spent 10 years studying traditional ink painting under a Chinese master in Chongqing, China, Verdier has since created an iconic pictorial language that merges these traditional painting techniques with influences from Western art history. Working standing up, Verdier uses a giant suspended animal hair brush, not unlike the calligrapher’s vertical brush that links heaven and earth, to create her works. The process is both meditative and performative; as Verdier moves with the brush, she responds to the forces around her, transmitting these universal truths and energy into her work at the point of equilibrium.

Most recently in 2014, Verdier was celebrated in a major retrospective exhibition Crossing Signs at Hong Kong’s City Hall as part of Le French May 2014. In 2003, Verdier published her memoir Passenger of Silence recounting her years in China.  Verdier has created several important private commissions as well as having works in important private and public collections such as Francois Pinault, Barbier-Mueller, the H. Looser Foundation, Musée National d’Art Moderne Centre Pompidou, Cernuschi Museum in Paris and the Majunga Tower in La Défense, Paris. The artist lives and works in France.