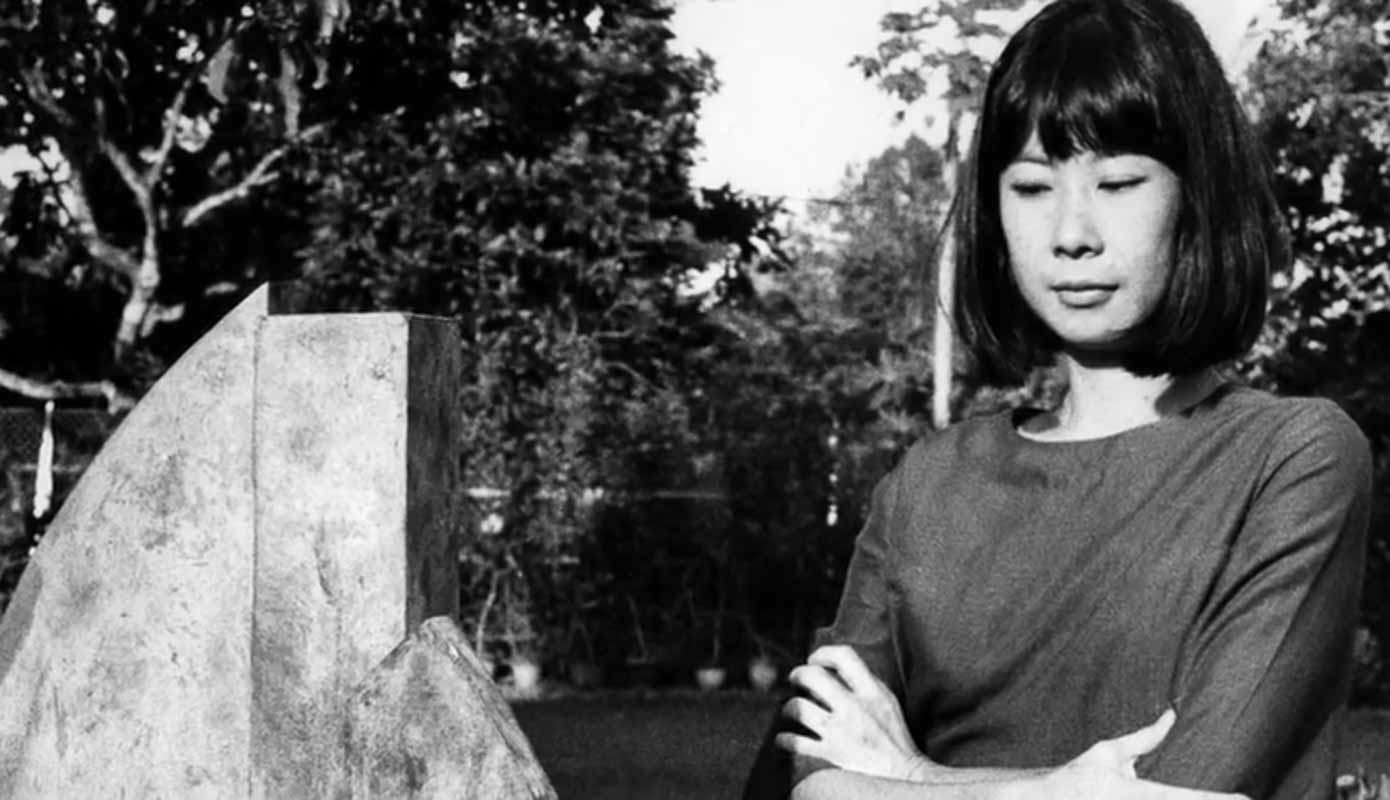 Kim Lim developed a strong reputation both for her iconic sculpture and for her long career in printmaking that stemmed back to her training in Slade in the late 50s. Her earliest print work explored modulations of blocks and lines, which also transpired into wood sculpture using basic linear patterns. From the 1980s onwards, Lim’s print work and sculpture explored more natural forms by taking inspiration from the visual culture of various archaic civilisations, such as ancient Greece, ancient China and ancient South Asia. Prior to her passing in 1997, Kim Lim worked primarily in stone while also continuing to create prints. Her sculpture bears the remarkable quality of lightness and softness by evoking natural elements such as wind, air, water and light through an otherwise contradictory material.

Born in Singapore in 1936, Kim Lim spent much of her early childhood in Penang and Malacca. After finishing school in Singapore at the age of 18, she began her training at St Martins in London (1954-6) in wood-carving and at the Slade School of Art (1956-1960) in printmaking. She has had solo exhibitions at the Yorkshire Sculpture Park (Wakefield), Waddington Galleries (London), National Museum of Art (Singapore), Southampton Museum and Art Gallery (Southampton), Tate Gallery (London) and Museum of Modern Art (Oxford). She was featured in many group exhibitions, including the Musee d’Art Moderne de la Ville (Paris). Her work is shown in collections at the Nagaoka Museum of Modern Art (Japan), Tate Gallery (London), National Museum of Art (Singapore), Fukuyama City Museum (Japan), Arts Council of Great Britain, Middelheim Museum (Belgium), Southampton City Art Gallery and the Contemporary Art Society (London).