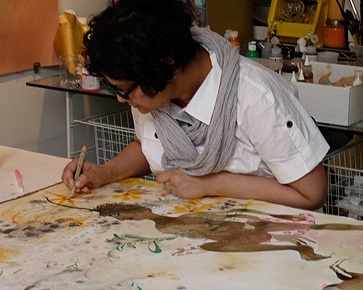 Indian born, New York City based artist Rina Banerjee demonstrates the complexity of the senses between her native ‘blood line’ and her ‘forever foreign’ land of welcome. One can visualize through her drawings, sculptures and installations, the contradictions between the ancient, contemporary and popular cultures that lie within her. Banerjee mixes masculine and feminine elements, large and small objects, and the sensual within the grave. She uses playful mediums whether organic or plastic objects, symbols or metaphors, materials or colours, all are vectors through which political, poetic and social critiques are conveyed. Questions of culture, mythology, fairy tales, anthropology and ethnography are at the centre of her artistic discourse. Banerjee cultivates her global identity by sharing her understanding and mastering of floating elements composed and staged through her ‘exotic’ visual language. Initially a polymer chemist, she masters the fusion of thoughts through the science of structural units.

Born in 1963 in Kolkata, India, Banerjee holds a Bachelor of Science in Polymer engineering from the Case Institute of Technology. In 1995, she graduates from Yale University with a MFA and receives the Drawing Award Norfolk-Yale University in 1995. By the millennium, she is invited to important exhibitions. Whitney Biennal (2000), Massachusetts Museum of Contemporary Art (2003), Brooklyn Museum of Art (2004), “Fatal Love: South American Art Now” at The Queens Museums of Art, New york (2005), “Greater New York Show” at PS1/MOMA, New York (2005), a solo exhibition at the Aldrich Contemporary Art Museum (2008), Boghossian Foundation, Brussels (2010). In 2011, she held a solo show “Rina Barnerjee: Chimeras of India and The West” at Musée Guimet, Paris. 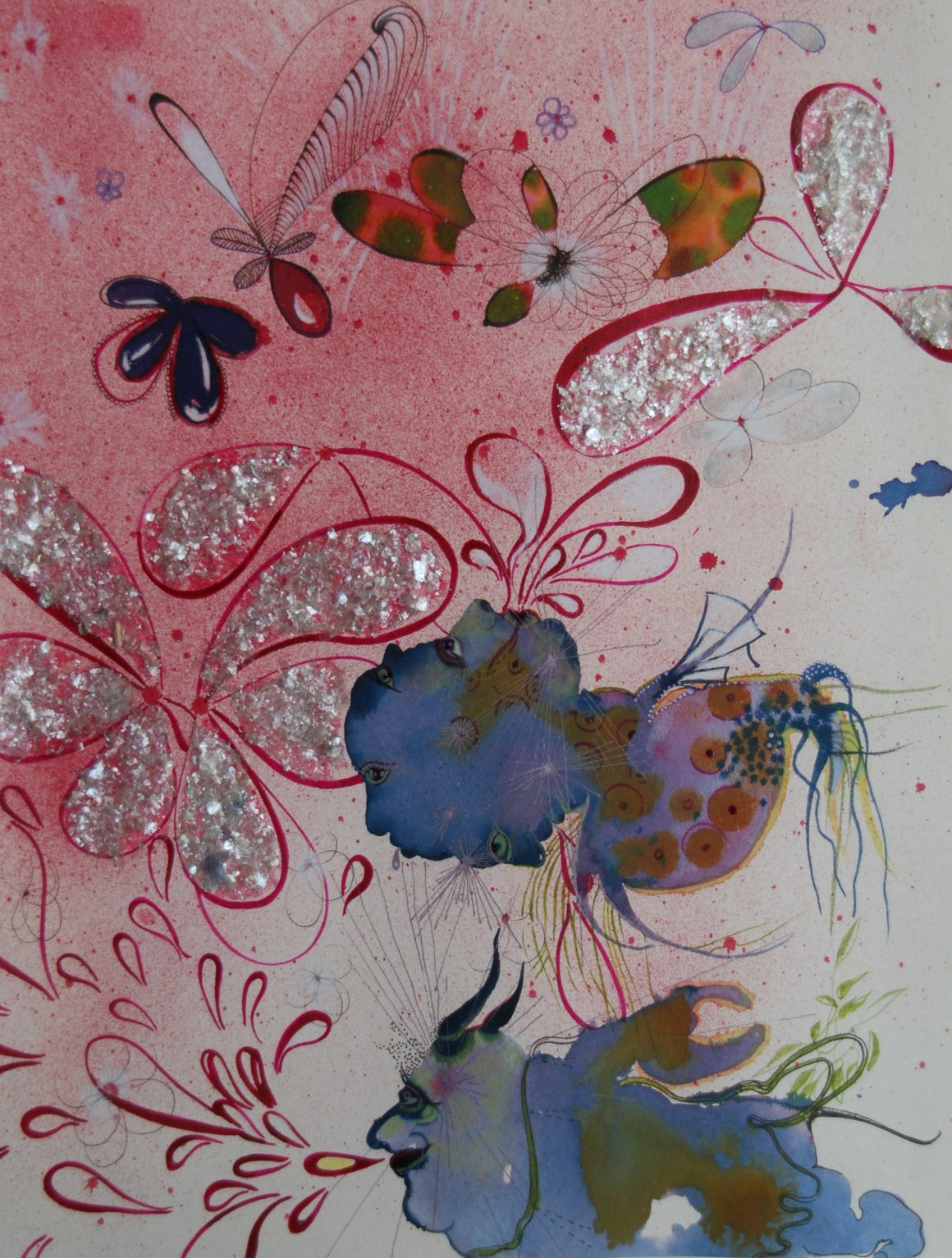 Bewildered and brazen no one knew its kind, but sought to name them thrice…, 2010