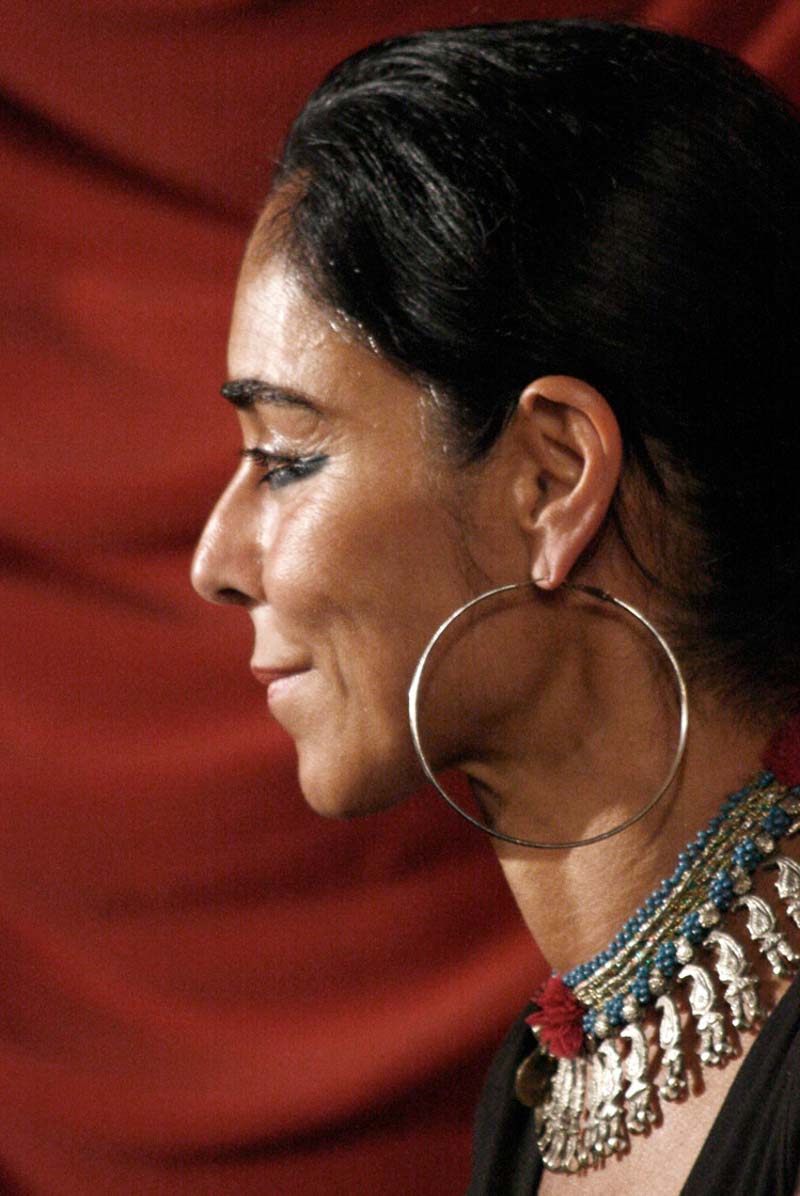 Shirin Neshat explores perceptions of love, sexuality and ageing by accentuating the lyrical and musical competition between couples during a traditional courtship Laotian ritual. With the participation and help of a group of Laotian male and female singers as well as anthropologist Catherine Choron-Baix, Neshat filmed and produced the series Games of Desire. This series features a set of 14 colour photographs and 6 film sequences of the Laotian people posing in front of a background covered in lyrics of these courting songs written a Farsi – a nod to her previous series, Women of Allah. 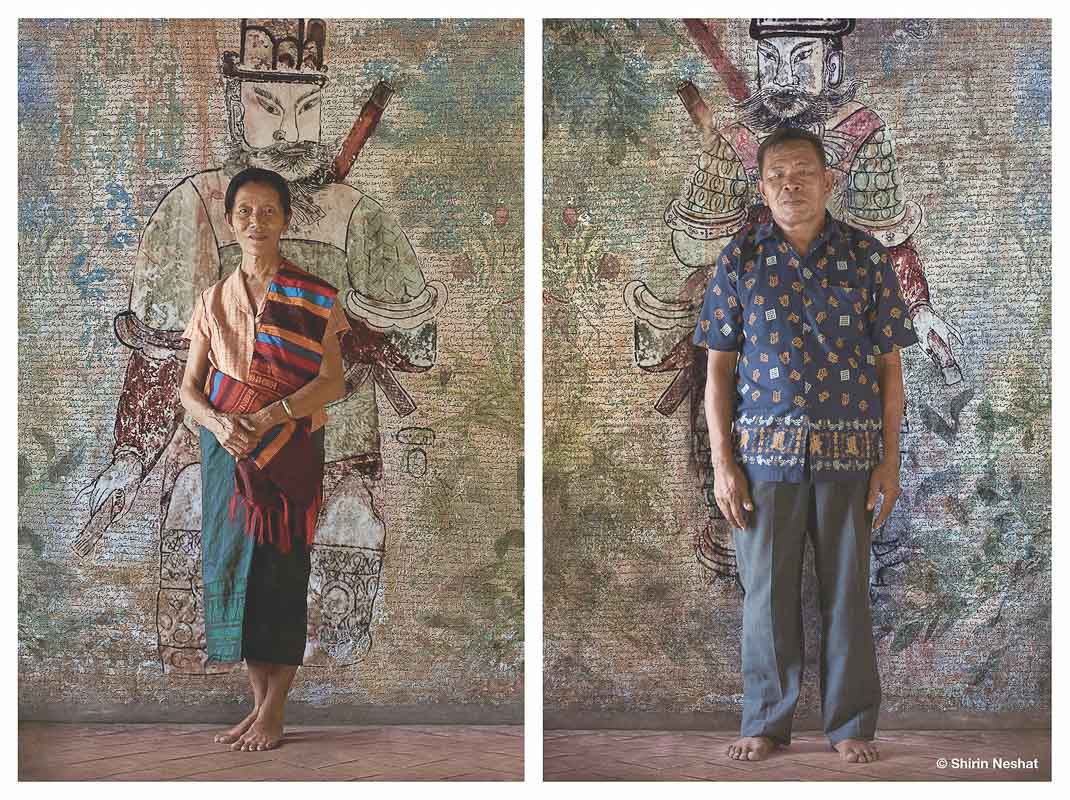