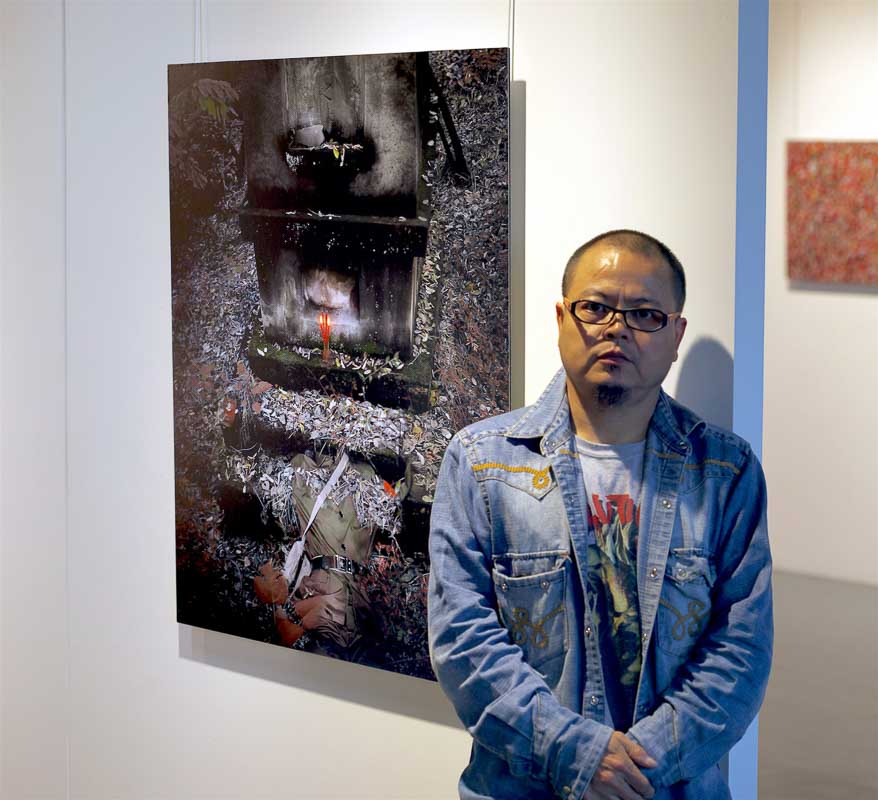 Tian Taiquan weighs the factual truth about the Cultural Revolution in China through his art. The strength and reality of what he experienced in the political and cultural realm of his life is depicted in a visual manner through digital technology. He uses photography to capture the instant and yet stages the elements that accurately represent the cultural and political scenario in a fictitious way. Tian’s works metaphorically represent violence, destruction, suffering, confusion, and darkness in contrast with vivid colors and endless sensuous movement. The artist’s images simultaneously bring together the historical past and present creating a powerful conclusion in a sharp and detailed composition.