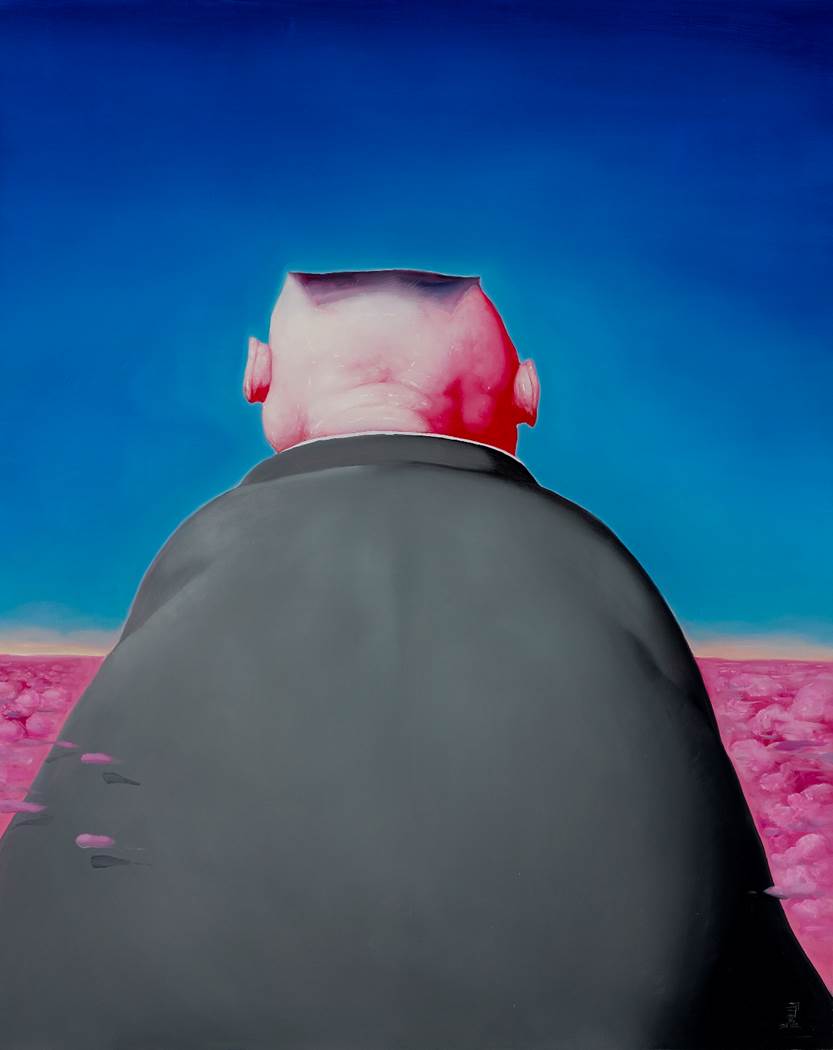 Born in China in 1969, Yin Kun graduated from the Sichuan Apa Normal Junior College Fine Arts Department in 1992. A prolific artist, Yin’s work is a sensitive, yet humorous commentary on political and social life in China.

In 1993, shortly after graduating from art school, Yin moved to Beijing becoming a free painter; this move was pivotal to the development of his creative process as it allowed him to progress the style that is characteristic to his work.

His paintings are vibrant and colourful, almost pop-art in style. Yin’s short, plump and pink characters act out traditional folklore, scenes from China’s history and moments in time in Chinese society. He paints the faces of children, babies, military officials and Mao Zedong, all with disarming rosy pink cheeks. Yin uses his characters to analyse more sinister events in Chinese history and offer the reader a light hearted and hopeful outlook on the future of the country. His ability to blur the line between good and evil, light and dark stems from his personal journey with self-renewal, loneliness and the changes in Chinese culture over the years.

Yin has exhibited in both group and solo shows internationally including in China, Indonesia, the Netherlands and Singapore. His work has been auctioned by Sotheby’s and Christie’s. Much of his work now features in private collections around the world.