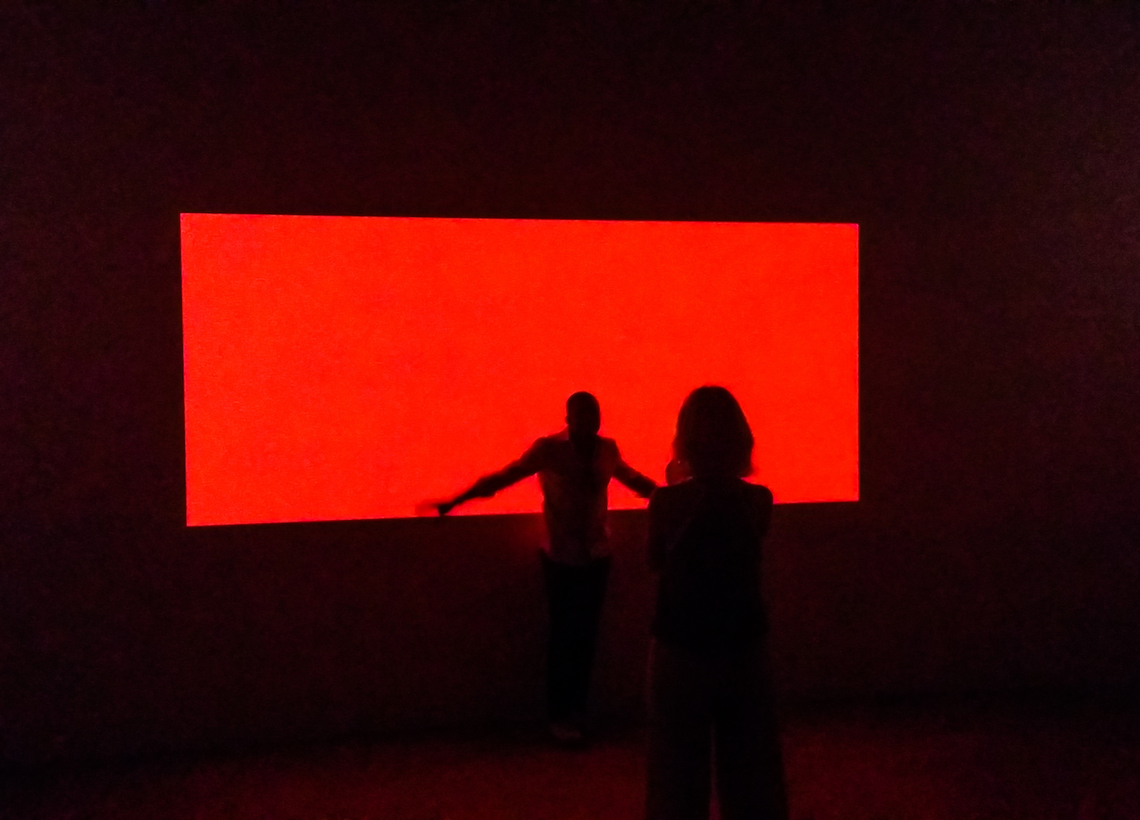 This year, the Venet Foundation’s summer exhibition features two works by the American artist James Turrell as part of its summer exhibition. ArtAndOnly was at the recent opening in Le Muy, France and encourage you to check it out in person through October.

“Turrell’s light appears thanks to concealed devices that the artist plans out and constructs with great precision. That light reproduces natural phenomena that the artist builds up and stages like a dramatist. Darkness, silence, and the presentation of a perceptual manifestation that is both inexplicable to the eye and beyond human understanding eventually lead to abandoning oneself to contemplation and confronting the sublime.

“James Turrell is a builder of temples in that he reinvents places for the aura, the play of the near and the far, the distancing of viewers and their loss of touch. Turrell fashions objects from incandescences and clouds, objects endowed with a silent volcanism. Mouths without pronounced names, or burning bushes reduced to the hieraticism of a single red rectangle. Small cathedrals where one discovers oneself walking in color,” – Georges Didi-Huberman.

The first work by James Turrell to be featured this summer at the Foundation is called Elliptic, Ecliptic, and belongs to a series of Skyspaces, buildings (in this case egg-shaped) in which viewers are invited to take a seat and observe the sky through a narrow space freed of all visual pollution and illuminated by a device that the artist conceals in the structure. Like Yves Klein, who sought to paint the sky, Turrell sculpts it in space and color by tinting its surroundings. The concentration within a confining space of the color blue, which runs from the lightest at the start of the day to the darkest at night, brings out its intensity and the immensity of the infinite. Freed from all context, the sky is an abstract monochrome that the viewer contemplates, a monochrome defined by its outlines but whose depth is unknown, even unexplainable.

Elliptic, Ecliptic is a long-term installation at the Venet Foundation, like the Stella Chapel created by Frank Stella for the inauguration of the site in 2014. As in Marfa, Texas (home in particular to the Chinati and Judd foundations), the Venet Foundation requires artwork to be displayed in ideal conditions. Everything here—the natural setting, the architecture, the way the works are installed or hung—is in the service of the artists. Described by Georges Didi-Huberman as a temple, Turrell’s Skyspace stands opposite the Stella Chapel. It underscores the tropism of contemporary artists to elaborate monuments with sacred connotations and place themselves within a secular history the substance of which they retain while rewriting the codes.

The second work by Turrell, Prana, is on view in the gallery, which was designed by Llamata + Berthier. The piece consists of a space that is hermetically sealed off from all exterior light. At the end of this space can be seen a red rectangle that actually conceals its exact nature. What seems to be an object painted in a pure pigment or a light projection of some sort proves to be, on close inspection, an opening (an aperture in Turrell’s terminology) onto a light reflection. Behind the frame cut into the wall, all notions of space melt away in a kind of abyss clouded by a flaming red hue that suggests the inside of a seething volcano.

Prana, the piece’s title, comes from Sanskrit. The term is borrowed from Hinduism. According to the Upanishads, prana is a universal vital energy that suffuses everything and which living beings absorb through the air they breathe. In Turrell’s work, this energy appears suspended in the air thanks to a colored fog whose pulse dies away as the eye grows used to the room’s darkness. What remains after a few minutes is the source of the fog, the pure-colored rectangle that persists like an inexhaustible source.

James Turrell’s work is grounded in the discovery of an unusual, unnatural environment. Once beyond the airlock, “the walking man already knows that the space is going to cease being everyday for him.” Likewise the work incorporates the staging of a fantasized sensation, an in utero memory that lies midway between the organic and the volcanic.” – Alexandre Devals