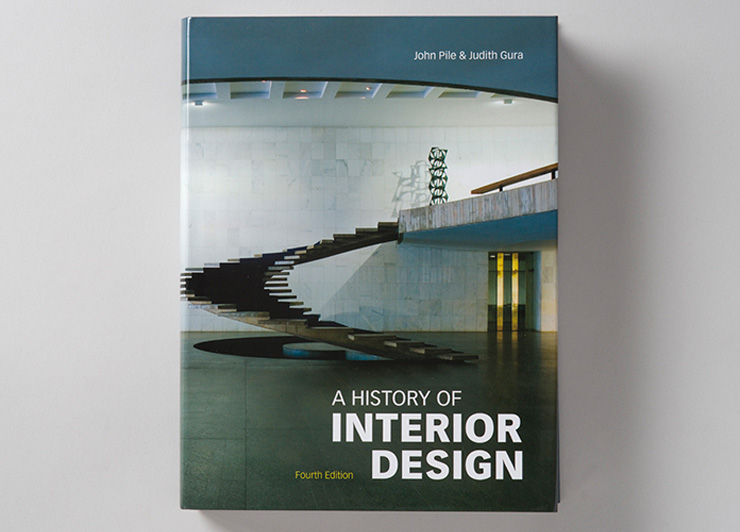 Interior design is the art and science of understanding people’s behavior to create functional spaces within a building. Increasingly influential, the last three decades has seen interior design make huge contributions to the artistic landscape. Here at ArtAndOnly we celebrate its influence with the best books on the subject.

Interior design is now a rich and sophisticated discipline which draws on many others: psychology, cultural theory, philosophy, gender studies, anthropology, and history, as well as design history, architecture, art and craft, furniture, and fashion. This useful and key book presents an introduction to contemporary theory and practice. Edwards highlights the key concepts behind the study of interiors in order to present an inter-disciplinary overview of the subject. Always aware that design is a practical discipline, the book is illustrated throughout with examples and detailed case studies of interior design practice.

Remodelista: A Manual for the Considered Home, by Julie Carlson

Remodelista.com is an authority for home design enthusiasts, remodellers, architects, and designers. With its singular and clearly defined aesthetic this book decodes the secrets to achieving this look, with in-depth tours and lessons from 12 enviable homes; a recipe-like breakdown of the hardest-working kitchens and bathrooms; dozens of do-it-yourself projects; The Remodelista 100, a guide to the best everyday household objects; and an in-depth look at the ins and outs of the remodelling process.

BUY ON AMAZON: Remodelista: A Manual for the Considered Home by Julie Carlson

A History of Interior Design tells the story of 6,000 years of domestic and public space. This fourth edition includes a completely new chapter on twenty-first-century interior design and a heavily revised chapter on the late twentieth century. Including construction, architecture, furniture, decoration, technology and product design this history set in in a social and political context, weaves together a narrative that runs from cave dwellings and temple architecture, through Gothic cathedrals and Renaissance palaces, to the grand civic spaces of the nineteenth century and the sleek interiors of modern skyscrapers.

BUY ON AMAZON: History of Interior Design, by John Pile

For over three decades, Francis D.K. Ching’s integrated, comprehensive approach to the elements of architecture and design has helped millions of students and professionals alike visualize and make sense of complex concepts. As functional as it is beautiful, this richly illustrated Third Edition of Ching’s classic is a visual introduction to designing for interior spaces, to the building elements and environmental systems within them, and to the details of furnishings and interior finishes. Concise and accessible presentation of key concepts and practices, and practical insights into the relationship between building structures and interior spaces.

Japan embodies the fascinating cross-section of a country endowed with a rich and varied culture, firmly imbued with traditional knowledge, skill and experience. The book features 50 of the best of Japanese interior design trends in Japan from traditional tatami to modern minimal. The interiors presented in this book offer a glimpse into the eastern design and its philosophy of simplicity: the use of neutral and natural colors to minimize feelings of clutter and the color black to lend definition and form; furthermore, it reveals the ingenious, minimalistic way of living and being.

Nancy Lancaster, who was born in 1897 into a wealthy Virginian family, became one of the greatest influences on interior decoration and garden design in Great Britain and America in the second half of the 20th century. She created what is known today as the ‘English Country House Style’ – a mixture of faded colours, chintzes and painted and antique furniture. In the garden, she worked in a formal yet romantic neo-Georgian style, which is still a strong spirit in British garden design. This book examines Nancy’s contribution to the arts of interior decoration and garden design by chronicling her own homes and gardens — and her extraordinary life. Nancy herself, her houses, her gardens and her friends are shown in an intriguing collection of photographs by distinguished photographers of the era, including Horst and Cecil Beaton

An Indiana-born tastemaker who left his stamp everywhere from the White House to the American Academy in Rome, Hampton (1940–98) knew almost everything there was to know about the history of interior design. Those easygoing but information-packed essays are compiled into one beautifully designed, perfectly sized volume, which is illustrated with Hampton’s own captivating watercolors of rooms he decorated, visited, and admired.

Of Greek descent and British fortune, Ionides (1884–1950) is known today, if at all, for the 1929 interiors of London’s shimmering Savoy Theatre. He also conjured enormously subtle domestic color schemes that take into account a multitude of unexpected variables, including the tinted light that one color reflects onto its neighbors. Nine of the book’s 15 chapters are devoted to the character and use of individual hues, beginning with brown (he describes mahogany as a “hot brown”) and ending with red (“most difficult to use without gloom”).

Black and White (and a Bit in Between), by Celerie Kemble

Acclaimed designer Celerie Kemble trades in her signature vivid palette for this iconic aesthetic, highlighting the black and white work of design stars and peers, including Bunny Williams, Thomas O’Brien, Mary McDonald, Victoria Hagan, Mark Hampton, Delphine Krakoff, Brad Ford, Philip Gorrivan, Carrier and Co., and Miles Redd. Woven throughout are her observations and expert advice on choosing the best paints and finishes, adding patterns and accessories, building an entire room scheme based on inspiration found in nature, collecting black and white objects, and even choosing the perfect accent colors.

BUY ON AMAZON: Black and White, by Celerie Kemble

This 350-page tome is pretty much the ultimate resource for anyone interested in contemporary design and living. Understanding modern more as lifestyle than as style, it is all about clean lines, elegant colour combinations, artfully displaying design objects and open areas for lounging, cooking and dining. Featuring modern interiors from around the world, and shots by renowned photogapher Richard Powers, the book includes a comprehensive index of designers and architects, along with a directory of stockists for those wishing to recreate these spectacular spaces.

READ ON OUR JOURNAL:

A BRIEF GUIDE TO INTERNATIONAL SCULPTORS

2 thoughts on “10 of the best books on Interior Design”