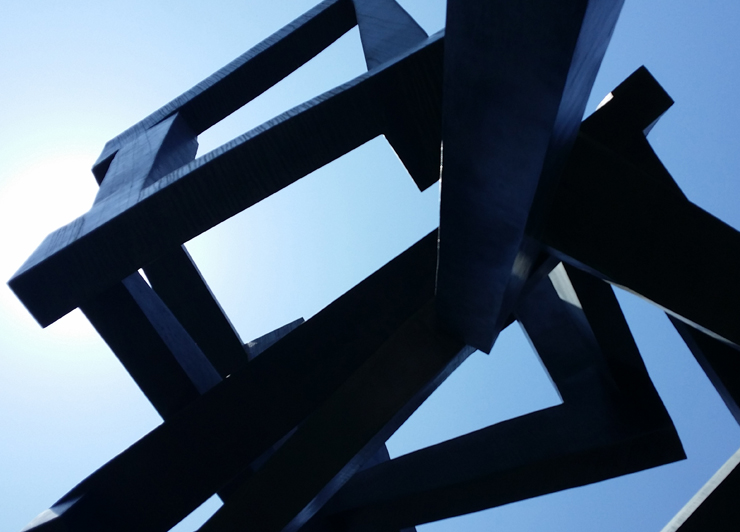 A Brief Guide to International Sculptors

This list brings together the best of international contemporary sculptors in the world working in the world today. From pop to the political, the artists below span a huge swathe of disciplines and concepts.

Back in 2011 the editors of ArtReview magazine named the Chinese dissident Ai Weiwei the most powerful artist in the world. Arguably, the Beijing born artist and activist remains at the top, continuing to explore a multitude of challenging themes, drawing on his own experience to comment on creative freedom, censorship and human rights, and examining contemporary Chinese art and society.

Born in India, now living and working in London, Kapoor is prominent among his contemporaries for the quality of hermetic lyricism that permeates his work. Acknowledging influences of both Western and Eastern culture he is famous for concave or convex mirrors whose reflections attract and swallow the viewer and recesses carved in stone and pigmented so as to disappear. With the combination of disparate materials in meditative structures, Kapoor’s work is focused on qualities of interior balance and well-being.

British artist Antony Gormley is widely acclaimed for his sculptures, installations and public artworks that investigate the relationship of the human body to space. His work has developed the potential opened up by sculpture since the 1960s through a critical engagement with both his own body and those of others in a way that confronts fundamental questions of where human beings stand in relation to nature and the cosmos.

Highly controversial and deeply admired American artist Jeff Koons worked as a Wall Street commodities broker before embarking upon his career as an artist. Following the example of Pop artists of the 1960s, Koons uses his work to reflect the commercial systems of the modern world. His immaculate replicas of domestic products, advertisements, kitsch toys and models exercise an enthusiastic endorsement of unlimited consumption, unlike the veiled criticism of some work of the first generation of Pop artists.

American sculptor Novatt is one of the most respected monumental sculptors of his generation. Widely recognized for his series of works entitled Chaos, his work Chaos Nervión is positioned permanently directly outside the Guggenheim Museum in Bilbao. Describing himself as a maximalist, Novatt’s works are both adventures in form and feats of engineering. Manoeuvring between vastly different scales, his box-like forms are riffs on the random event, lines that turn themselves inside out, collapsing and imploding.

Whiteread is a British artist who primarily produces sculptures, which typically take the form of casts. The first woman to win the annual Turner Prize in 1993, Whiteread was one of the Young British Artists who exhibited at the Royal Academy’s Sensation exhibition in 1997. Among her most renowned works are House, a large concrete cast of the inside of an entire Victorian house, the holocaust memorial sculpture in Judenplatz Vienna and her resin sculpture for the empty plinth in London’s Trafalgar Square.

Richard Serra is one of the most significant artists working today. He produces large-scale, site-specific sculptures, usually vast assemblies of sheet metal. As a young artist he helped support himself by working in steel mills, which was to have a strong influence on his later work. He described the San Francisco shipyard where his father worked as a pipe-fitter as another important influence to his work, saying of his early memory: “All the raw material that I needed is contained in the reserve of this memory which has become a reoccurring dream.”

Based in Italy Armen Agop is a minimalist Egyptian–Armenian sculptor who uses black granite and basalt as his main mediums of expression. Agop revives ancient stonework techniques, adopting skills from history in a quest for purest form. Startlingly elegant and beautiful, is work has often been described as “Contrasting Art” where the contemporary and the ancient meet.

American artist Nauman’s radical interdisciplinary approach has challenged conventions while producing new methodologies for creating art and meaning. His rigorous, ascetic engagement with the existential dichotomies of life/death, love/hate, pleasure/pain has embraced performance, video, holography, installation, sculpture, and drawing. Persistent themes and ideas appear: the use of the body as material; the relationship between image and language, art and viewer; and the generative interaction of positive and negative space.

Sir Anthony Douglas Cragg, better known as Tony Cragg, is a British sculptor who won the Turner Prize in 1988. Renowned for his ability to work with a variety of materials, and particularly man-made materials to incorporate aspects of the natural world. His fascination with the natural sciences led Cragg to analyse the human form and the paradox it holds; a physical shell, defined by geometrics and biological processes, which contains an undefined emotional core. The resulting works featured in two bodies of work ‘Early Forms’ and ‘Rational Beings’. In 2002 he was awarded a Commander of the Order of the British Empire (CBE) and exhibits globally.

Spanish born Jaume Plensa is a renowned artist and sculptor credited for the development of hybrid sculptors, mixing traditional sculpting materials such as steels, bronze, glass and aluminium with more unorthodox mediums such as water, sound and video. His work ranges from detailed designs on paper to large outdoor sculptures and interactive pieces in public areas, such as Nomade and the Crown Fountain in Chicago. His work serves to emotionally engage the viewer and evoke an intellectual response. Chicago’s Plensa and Crown Fountain, two 50ft tall towers of reflective material surrounded by black granite pools of water and covered with LED lights showing videos, has been widely praised by residents and critics for its artistic value and popularity. Plensa continues to exhibit his work globally and will unveil two more public pieces in Canada and USA in 2017.

Jonathan Meese is a German painter, sculptor, performance artist and installation artist based in Berlin and Hamburg who makes hard-hitting and overtly humorous work about the function of art, politics, and ideological systems. His artwork mixes personal hieroglyphics and collage, installations, ecstatic performances, and a powerful body of sculptures in a variety of media.

Listening to Stone: The Art and Life of Isamu Noguchi, by Hayden Herrera