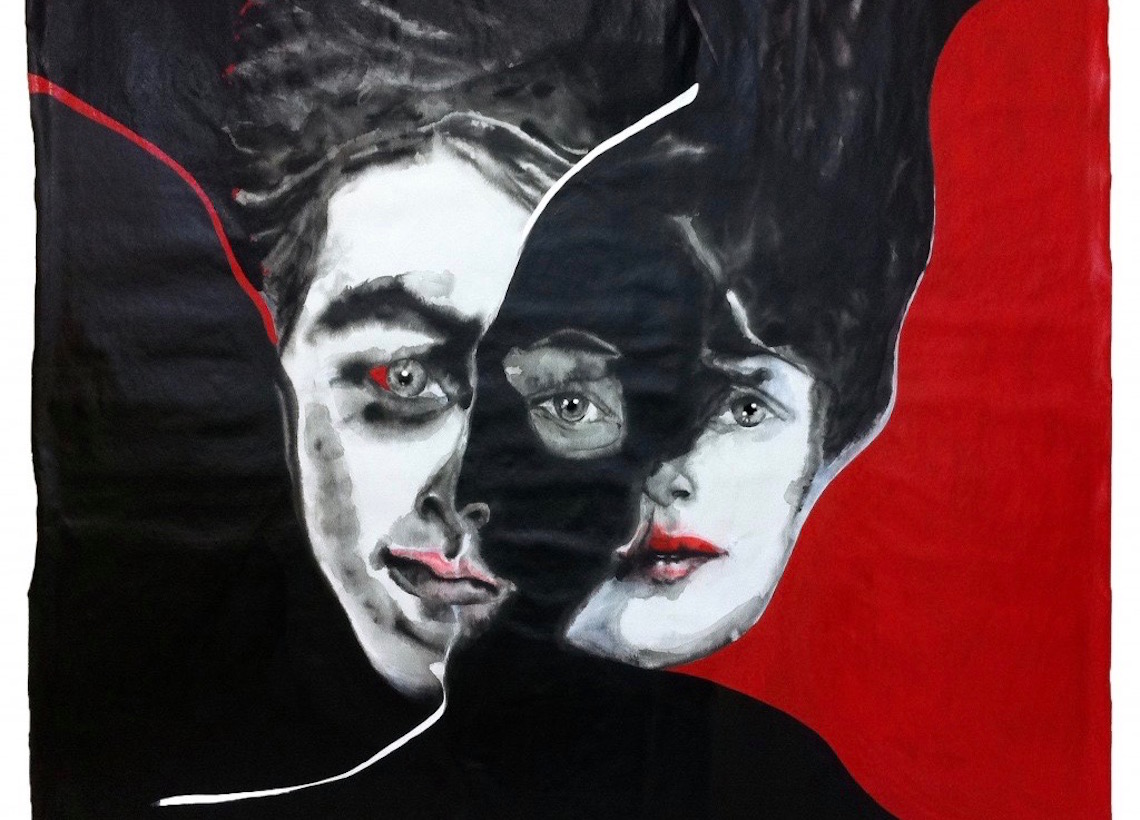 What was your first work of art and how did it come about?
Adriana Molder: I think my first work of art was a drawing I did of my cat Mimi and her kitten when I was about seven – or eight-years-old. I’ve chosen this drawing because I remember that I had quite a unique feeling of surprise to see what I could do with my own hands. And to realise that this drawing was just the result of being enchanted with my cats and looking at them hours on end.

When did you first know you wanted to be an artist?
I was born in a very artistic family. When I was a child, I would spend my days drawing. I think what you like to do when you are a child is what you like to do later in your adult days. I guess it was in my early 20s that I found in my drawings something close to “my own voice”.  That was the moment I felt that I’ve found what I was looking for – something to start with.

Describe your works “The Light in the Heart” and “Mystery” as you would to a friend?
“The Light in the Heart “series is a very intense group of portraits – intense emotions and colours inside black backgrounds. I felt as if these characters were popping up from the walls all at the same time, I felt that when I was surrounded by the paintings in my studio. I guess it’s not you who will pay a visit to them, rather, they are paying a visit to you! Mystery is in a way a gentler series also for the fact that it’s on a smaller scale. It’s a sequence of faces and profiles of women. Some are watching something and some are being watched. Even though some drawings are quite extreme in expression, I let the first layer of ink be very dominant in this series.

Your artworks reference a certain genre of cinema – suspense and psychological thrillers. While in cinema the story unfolds over a sequence of moving pictures that help the audience understand the complexity, how do you think the viewer of a similar painting interprets it?
There are a lot of different references in my paintings. I wish the viewer to be free from all interpretations and concepts that I can have when creating the work and be able to have their own interpretation. I wish the viewer to take some time to really see my paintings, that’s all. That creates a myriad possibilities.

Would you say it’s harder to paint than make a movie or take a photograph?
Anything you want to do in a wholesome and intensive way takes hard work and demands perseverance, which is a quality a bit out of fashion. Painting and drawing are slow processes and sometimes is hard to accept that. I think it is as hard to paint as it is to make a movie and photograph…maybe its harder to make a movie because that usually involves people other than yourself.

Who are your favorite contemporary artists and filmmakers? What do you like about their work?
I like many different artists and filmmakers but this list is changing all the time…from Rodney Graham to Marlene Dumas, from David Lynch to Pedro Costa, From Monika Sosnowska to Rui Chafes. These names just came to my mind at this moment. I think what I like about all the artists and filmmakers that I love is that they have their own obsessions and very peculiar and recognisable “own voice”.
You live in Berlin. How does the city influence your work as an artist? What are some of your favourite things to do and see in Berlin?
Berlin is an amazing city. One of my favourite things to do is to leave my studio early and to visit to the Gemäldegalerie and the Kupferstichkabinett in the Kulturforum. It’s not something I do everyday but when I visit these places I remember why I moved to Berlin. I love to ride my bike and go to the Freiluft Kino (open air cinema) in the summer.

Frederic de Senarclens about what in Adriana’s works appealed most to him:

Frederic says: “Adriana Molder’s work has always fascinated me. I was first captured by her striking portraits around seven years ago, when I visited her solo exhibition at the Künstlerhaus Bethanien in Berlin while travelling around Germany. She had only just completed her artist residency in Berlin, but there was already such maturity and power in her aesthetic. The quality of her work is unusual because of her unique treatment of ink on tracing paper, and I found myself being drawn by the emotion in her portraits. A year or two later, we brought Adriana Molder’s work to Singapore, where we organised a solo exhibition entitled Bones in a Box as a fringe event to the inaugural Art Stage 2011. Her artwork was so overwhelmingly well-received then, and had maintained its stride and appeal over the years among both local and international art collectors.”