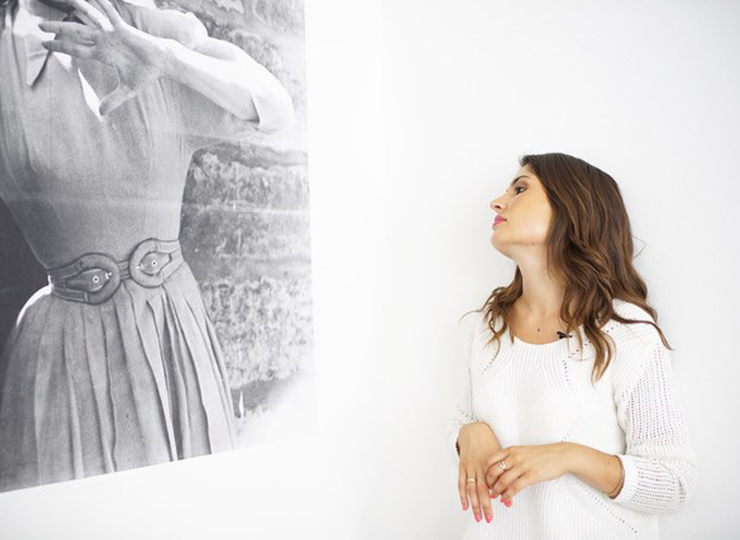 Marine Tanguy has been working in the art world for seven years and is the founder of MTArt, an artist agency that seeks to promote a select group of emerging contemporary artists. The artists are offered fully funded support, that includes the covering of production and studio costs, publicity and exhibitions. Le Journal visited Marine’s house for an introduction to MTArt’s artists and an in-terview with the founder.

Marine’s background is predominantly arts sales – she started running a gallery in London when she was just 21. She then opened a gallery in LA but found she disliked the way the LA gallery sys-tem worked; ’I felt like I had a shop’, she tells me ‘I duly opened it in the morning and closed it at night. I had little other involvement with artists other than sales. Once every 18months I did a show with each one and that was it – it wasn’t personal or supportive.’

Inspired by Hollywood acting agencies, Marine began to think about all the possible support an artist might require, everything from their publicity to their childcare. What she decided to do was to create an agency that tailored their strategy around the artists careers, and not just a few pieces of their work. ‘It is not just about the final product anymore.’ Marine explains. ‘Social media has helped to demonstrate this, as a place in which artists can show the value of their process, and of their everyday lives.’

MTArt receives about 150 portfolios per month of artists keen to get under their supportive wing. They are very selective about who they take on, currently having only 15 artists, all linked by a 3-year contract. Most of the artists are London based. What else are they looking for? Marine says simply: ‘I look for artists that seek to innovate’.

Chosen artists are treated to dinners, parties and even accommodation at Marine’s house come exhibiting space in Holborn. Group exhibitions take place regularly, but Marine insists MTArt are doing what a gallery does not. Marine really gets involved with the artists; meetings happen on her sofa, and investors are shown around the collection of artist works which are everywhere from the basement to the bathroom. ‘In this space’, she comments gesturing to her cosy couch, ‘artists are inspired to come up with good ideas, it doesn’t feel static’.

Marine gives me a tour around her house’s art collection, most of which is works by MTArt artists. She shows me a piece she currently loves, by Jasmine Pradissitto, who is both a painter and a phys-icist. This is reflected in her scientific works, that utilise recycled materials and innovative technolo-gy. The piece Marine shows me is deemed ‘a hologram you can touch’, entitled ‘The Kiss’ and is a reused plastic box that uses light to show different colours from each angle. Inside the box are two transparent masks that appear to be locked in a kiss. Marine explains that this is a very topical piece, that while science and art used to be very divided, now the combination of the two is very in vogue.

MTArt was successfully able to raise money from interested investors, which enables it to finance the artists. I ask Marine what the key is for securing investors for such projects:

‘Being passionate about what you to do. And knowing the right people to target. Go for humans that have similar values and interests as you. They are in it because they believe in the success of the business, but also because they believe in the cause. That way you can secure investors have your back. They are investing in the energy, and the team that is behind it. Approach a subject when the time is right and be patient for the correct moment.’

Marine ensures her investors meet the artists and the team behind MTArt and have personal in-volvement in their careers. The majority of MTArt’s Investors were themselves entrepreneurs, so are able to value the process of establishing a business from the start.

When asked about the online art market, Marine states that it will keep on expanding. For MTArt however, online mainly provides a professional brand. While what happens in the real world ‘back-stage’ might be chaotic, the visible stage is the professional and organised online presence. The website is a good catalogue for representation while social media is a key player in MTArt’s suc-cess in terms of publicity, press and buyers.

‘I’m excited about what Frédéric de Senarclens does because I’m drawn to people who are doing things differently, and I want my team to work with new exciting people. I like ArtAndCollect be-cause it is a real community of collectors. Its unpretentious; Frederic defends an actual community of people that care about art and aren’t just there to show off their wealth.’

In addition to selling on ArtAndCollect, Marine is often involved with promoting exhibitions on Airbnb’s experience platform. The digital has certainly aided sales, ultimately though, most deals and relationships have been formed in person. Dinners at her house, studio visits and artist meet-ings have been mostly responsible for selling artwork. Marine is not fond of the idea of future Artifi-cial Intelligence Artists: ‘Sure, they can create nice decorative work, but MTArt support artists with strong narratives that cannot be digitally created. It will be impossible to recreate the emotional as-pects that underpin their practice.’

So what’s the future looking like for MTArt? They certainly have a very busy next few months, with an event commissioned by Network Rail of public art in London Bridge station launching in Sep-tember and in October being involved in ‘Unfold’, a week long festival that will take over an entire street in central London, in collaboration with names such as Aston Martin and Appear Here. They’re entering a partnership with the property company Chestertons and on top of that most of the artists themselves have at least two projects on the go. Marine herself is giving a talk in October, discussing the different ways of investing in art. ‘I’m expecting a hell a lot of work’ she ad-mits, ‘but I’m very excited.’