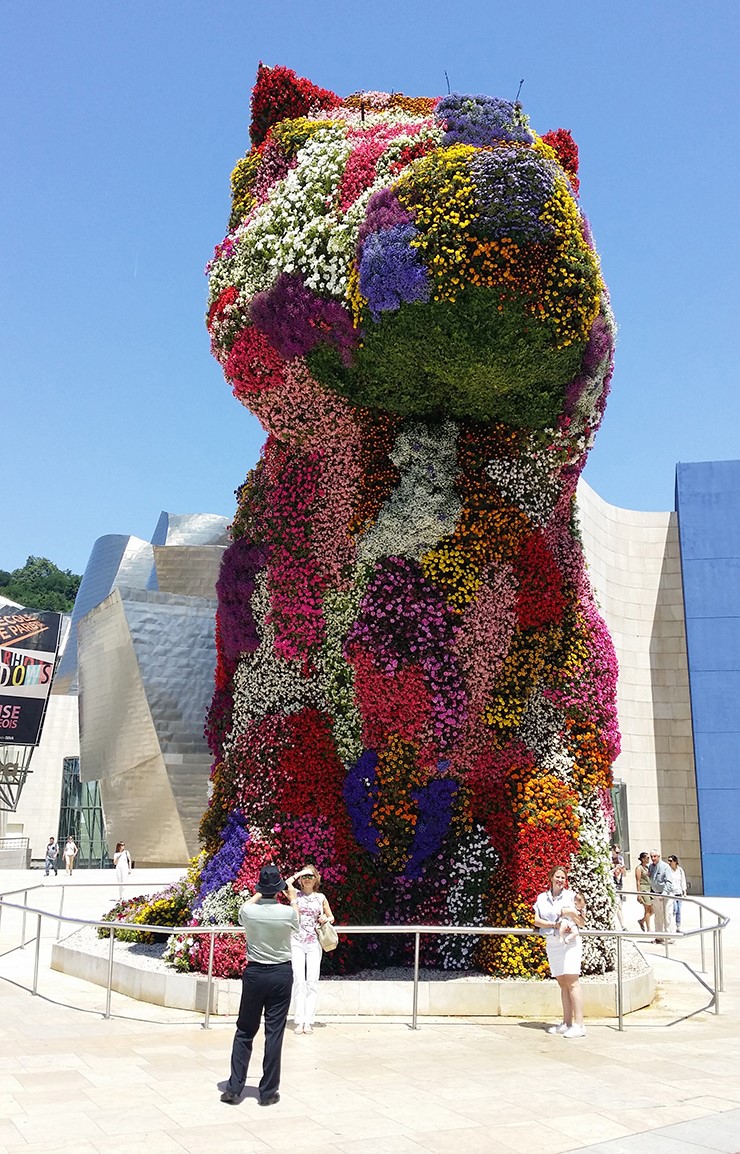 The catalogue released to coincide with Jeff Koons’ large-scale exhibition at the Whitney Museum of American Art, New York, Jeff Koons: A Retrospective (2014) is indicative of his practice. It is suitably monumental and glossy, containing many of the artist’s best known brightly coloured pop and pornography-inspired works. The publication’s cover, however, begins to reveal some of the subtler aspects of his work. The dustjacket features an embossed reproduction of Large Vase of Flowers (1991), a polychromed wood sculpture, while beneath is a more delicate silver illustration titled Gazing Ball (2014). These two works, layered within the book’s cover, introduce ideas of biographical history, art history as well as future perspective, each of which exist within Koons’ work.

The 304-page publication is ostensibly a celebration of Koons’ practice over almost four decades. His work explicitly references Marcel Duchamp and Andy Warhol – pioneers of the re-evaluation of image and object value. Alongside a lengthy introductory essay by Scott Rothkopf, Whitney’s Chief Curator, are a further eight essays that draw out themes from Koons’ work including perfection, play, celebrity, religion and advertising amongst many other contextual threads. A small selection of archival photographs from his early life, preparatory sketches, digital designs and models for both existing and unrealised works begin to illuminate a practice that is deeper than it might appear on its kitsch surface. These aspects point toward the research, time and labour involved within the making of iconic works such as Two Ball 50/50 Tank (sculpture made 1985) and Hanging Heart (1994-2006), by himself and his staff. Small photographs of his comprehensive research scrapbooks are also shown, demonstrating the ways Koons samples materials from visual culture. It is a pity that there are not more pages dedicated to these intriguing collections.

Perhaps most significantly, though, the image of Koons itself occurs throughout the book. He is featured as subject of pseudo-historical marble busts, and as subject or co-subject of his notorious pornographic series, Made in Heaven from the late 1980s and early 1990s, shown supersaturated in oil inks silkscreened on canvas. He is featured within many of the installation photographs of exhibitions in New York and Paris, and within promotional photographs of his studio and works in progress but these are extraordinarily similar in tone and content to ‘advertisements’ he placed in magazines such as Artforum. Each image is carefully and cleanly manicured and perfected. Here we see Koons’ self-mythologising at its best – the crafting of an image both as artwork and as brand that has served to popularise and inflate the value of the artist’s output since the 1970s. While this self-aggrandising might seem crass (and it is), there is a knowing self-awareness at play as well as a clear sense of a constructed semi-falsehood, as Isabelle Graw’s excellent essay ‘Life as a Resource’ begins to unpick.

“My art and my life are totally one,” Koons said in 1990. His body of work has lain the ground for countless other artists and creative individuals to follow suit. In this wide collection of material, it is all too easy to see why Koons commands such a key position within the cannon of contemporary art.