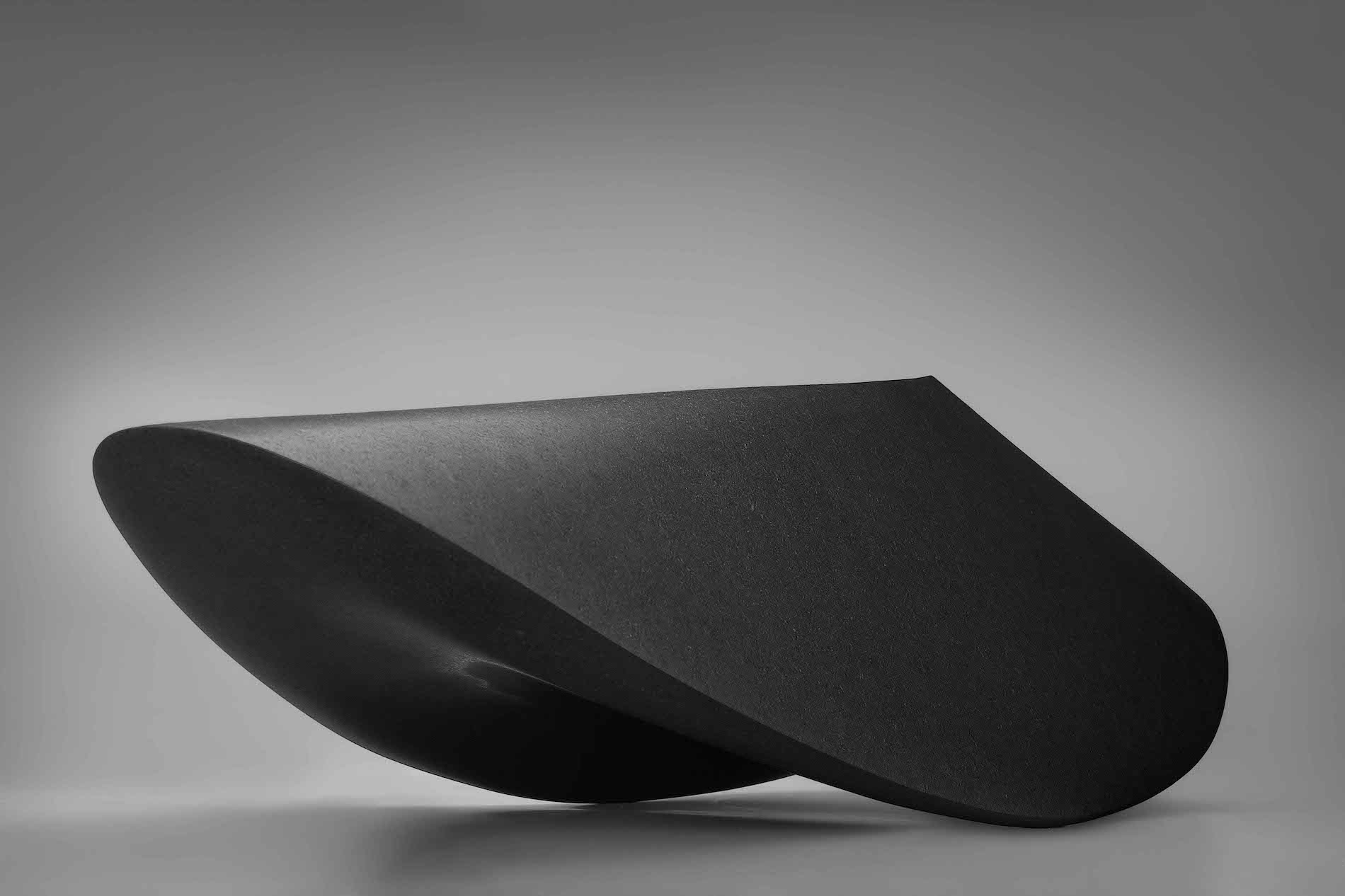 You were born in Egypt from Armenian descent. You are now established in Italy and have a studio in Pietrasanta. How do you relate to your origin? How do you define yourself? How does that interesting mélange of cultures influence your work?
Armen Agop: As an Armenian born in Egypt and living in Italy, how lucky am I? There is the tragic destiny, the legendary past and the glorious heritage. This question may seem like a very obvious or natural question at first glance, but it’s not. When we use the word origin, it gives a feeling of distance. The very word origin implies distance. I don’t think that is my case. I was born from Armenian parents and grew up in an Armenian community in Egypt. The origin is still present. It is difficult to explain because it is impossible to define or draw an outline for a vital thing like a culture. But a common thing about all these cultures is that all three had an important role in the human civilization. Influence, implies interference of external elements, and that’s not my case. I live these cultures, they are part of me and I am part of them. The origins are still present. I don’t think I am detached from them. Me personally, I can’t see a gap, I only see a continuation. We tend to put straight lines between things to help see them more clearly. I believe many times that when lines are drawn to define things, often they exclude too much, especially in the case of non-materialistic issues. Regarding my work, of course it is clear that in my research there are different priorities, interests and stimuli. One major difference I see living in Europe, is the divination of cerebral human achievements. I mean by that, for me, its fundamental that the three elements we are composed of, mind, body and soul, are present in all activities in the human experience, especially the creative practice.

You live in Pietrasanta where many internationally known artists have their studios or foundries. Are you involved in some sort of a group? Are you positively influenced by the other artists?
I am certainly attracted to the soul of the place. During the Renaissance, Pietrasanta was sought by Michelangelo looking for the holy stone in the mountains surrounding the city.  Ever since, the relationship between human and stone has been developing in the area, enriching the local human experience. The mountains, the source of the material, and being close to the source, stimulates and intensifies the instinctive desire of doing and carving. All this contributes to the soul of the place, establishing a heritage of creative tradition through the generations, characterizing the atmosphere.

You have done some monumental works and installations. How do you respond to monumentality?
Actually for a long time I was more interested in the anti-monument. For many years I worked on a series called, Touch, that was completely the opposite in its essence. A monumental work puts the viewer in a smaller situation than the monument itself, almost intimidating. I believe that stems from a heritage of gods. A huge tree can make us feel peaceful and comfortable enough to go sit in its shadow, monumentality often does not create this atmosphere. I prefer a more balanced relation between the viewer and the work, and that is not only about size. Human scale pieces made from a durable material like granite give the viewer freedom to touch it. As the pieces are not pinned to a base, they can move and rock. This creates an equality in ego and presence between the work and the viewer without divinizing the “art work”.  The viewer becomes the partner in sharing equally the same space.

To me, there is a form of spirituality in your abstraction. Would you agree to that?
Abstraction. I am not sure.  What I do is not an abstraction of something I know. Actually, it is making something which doesn’t exist yet. That is what makes the process interesting.
We used the word origin before. Egypt was the original place of monotheism, a place of transition from polytheism to monotheism and if we remember that Armenia was the first country to welcome a religion like Christianity and develop its own ascetic spirituality, its natural that a spiritual energy becomes regenerated through a work of art.

In creating a work, I had read in a previous interview that you draw inspiration from Sufian dance – evocative of repetitive trance-like movements that compels one to lose his sense of external self and to discover his inner self. To what extent do you practice this in your personal life?
I don’t. It is about discovering the unity of the One self. I don’t believe they are separate, but maybe we are used to drawing lines between them. It’s like a sculpture, if a peak or a line is coming out of a dense volume it doesn’t mean that the peak or the line are a separate thing from the sculpture. It is just the internal energy seeking contact to the external space. Maybe that is why in repetitive movement, where there is no aim of going forward or backward, and its about staying where you are, that another destination is discovered. In the process of working a material like granite, a material which is used to staying where it is, the way that it is, an insistent, dedicated and repetitive movement is required. It makes us discover the unity of the inner and outer character of the One self of the material.

Is there a particular piece of work that you are most sentimental about? Why?
Yes, the one I haven’t done yet.  I am always dreaming of the next one.

How do you know when a work is complete?
Who said that I always know? It happens sometimes that a piece is completed and was shown in several shows, yet I found myself changing something in it when it was returned to me.

What is the relationship between your most recent work and the work that was created just before that?
It is never the same. Sometimes there is a very close relation, almost a continuation of a flow, and sometimes its contradictory.

How has your practice changed, or not, over the last twenty years of artistic trajectory?
It changed a lot and nothing changed at the same time. All that changed is what surrounds the practice but the practice itself, I prefer that it stays personal (as personal as possible) through a human experience that is evolving in its awareness of the external universe and its reciprocated awareness in the personal, internal universe.

Describe the collector who would seek the most revelation from your work.
Someone who desires to see.