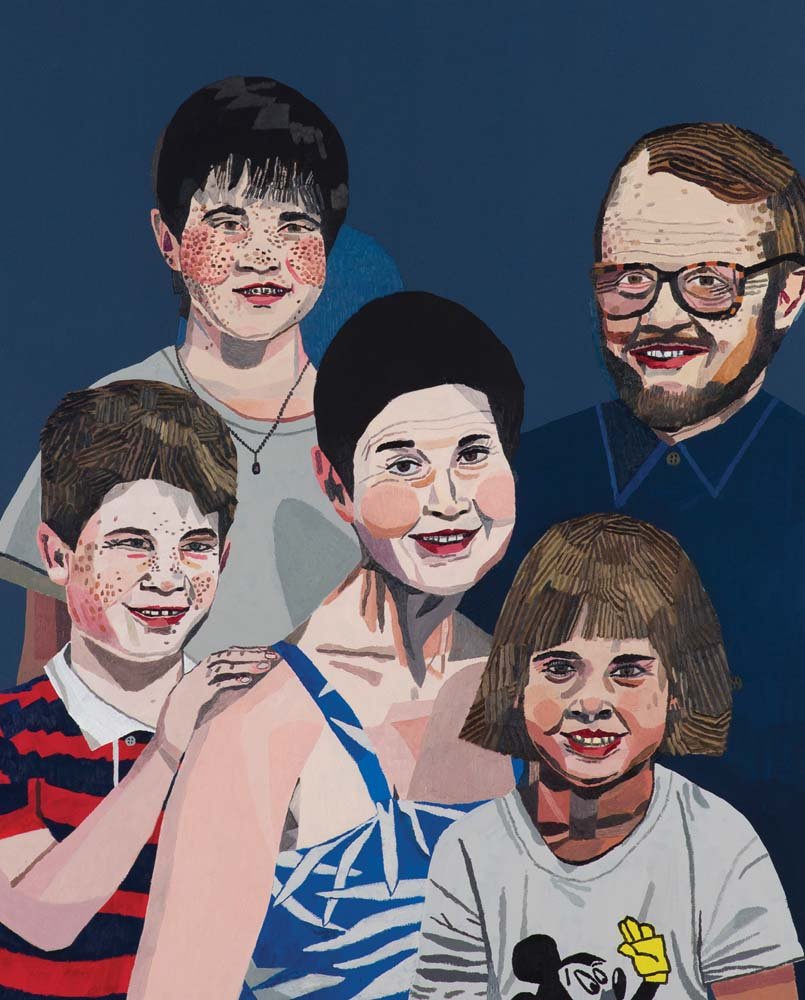 Following is a representative sample of recent art books covering a vast array of subjects: from the sculptures of Rodin to the contemporary portraits of Jonas Wood. Yet even in their diversity they speak to some of the same themes. Iggy Pop Life Class and Cindy Sherman: 2016 both examine the intersections of aging, beauty, and celebrity. Constant and Asger Jorn belonged to (and cofounded) the same CoBrA movement. Several of the featured artists lampoon the shortcomings of the world as they perceive it, or dream of constructing a new, better one. Yet despite all of these connections and commonalities, we’re warned by Urs Fischer: False Friends that such connections can be deceiving: a reminder that each work’s unique vision should be appreciated.

Auguste Rodin (1840-1917), famous for his sculptures Le Penseur and Le Baiser, understood the power of photography to share his art with the world. Now French photographer Emmanuel Berry pursues this aim further, presenting Rodin’s works against a stark black background, bringing his lens in for close-ups and presenting isolated details, textures, and body parts with the precision of a dissector. He photographs not only Rodin’s best-known sculptures, but also his lesser-known studies, clay models and plaster casts. Berry’s photography, enhanced by Marie Guillot’s interpretive essay, offer new insight into Rodin’s techniques, as well as new perspective on the emotional qualities of each work. As Guillot writes, “Work, and the hand that works, are an important theme of the series.” A century after Rodin’s death, this book gives a fresh glimpse of his handiwork.

What is “male beauty” in the modern world? What is the value of simple line drawings, in an age when technology offers so many alternatives? And what could rock star Iggy Pop have in common with the sculptures of Antiquity and the Renaissance? These questions are explored in Jeremy Deller’s Iggy Pop Life Class, for which Iggy Pop posed nude for a group of artists of all ages and abilities. The resulting drawings capture their subject’s natural ease and comfort with his body, a comfort likely fostered by decades of performing shirtless for massive audiences. From some angles, Iggy Pop even comes to resemble Michelangelo’s David, if a bit older and rougher around the edges. That’s another highlight of the collection: the different ways each artist evokes the decades of life experience that Iggy wears on his body.

Betsy Berne describes photographer Cindy Sherman as a “demonic perfectionist.” This perfectionism is on full display in Cindy Sherman 2016, a book of twenty photographs inspired by the glamour and vanity of 1920s Hollywood. Sherman’s beautifully composed photos feature middle-aged women in elaborate costumes, styled hair, and heavy makeup, posing against dreamy backdrops reminiscent of film sets. Together with Betsy Berne’s essay, Sherman’s photos offer commentary on aging in an industry that celebrates youth and beauty, a theme that remains just as relevant today as it was in the 1920s. In Berne’s estimation, the women in the photos are triumphant: “There’ve been highs and lows…and they’ve been through a lot. However, they’ve made it to the other side and they are doing just fine, thank you.”

A parade of repeating motifs dance across Suellen Rocca’s oeuvre: diamond rings, disembodied hands and legs, palm trees, ice cream cones, cookies, and handbags. Consumerism is evident in works like Miami Handbag (c. 1968) and Buy More Diamonds (c. 1968), and in the distinctive composition of many works, which resemble catalogues or magazine layouts. In Rocca’s words, her art addresses the “visual language of romance and feminine happiness,” evoking the desires and pressures of middle-class womanhood. The book includes a brief introduction to Rocca’s background, as well as a poem by Sarah Lehrer-Graiwer commenting on the major themes of her art: “The world is obviously overstuffed. / It bubbles, erupts; it is too much!”

This book showcases the work of abstract painter Rochelle Feinstein from 1989 up to the present, including essays and interviews with the artist. “Love Vibe: A Conversation with Rochelle Feinstein” gives an especially illuminating view into Feinstein’s process and motivations. She explains, for example, that The Wonderfuls, 15 paintings produced in the 1990s, arose from the idea that “wonderful” has lost all meaning. She therefore uses the term ironically, calling an awful weekend trip with a now-ex-boyfriend a Wonderful Vacation (1994). Her work is deeply personal and darkly funny; Feinstein does not shy away from biting sarcasm or self-deprecation. She has found, perhaps, the best way to survive in what she calls “a poisonous world.”

Contemporary artist Jonas Wood presents portraits of a variety of subjects: friends, families, basketball players, boxers, and others. Many of these portraits are personal, inviting the viewer into the lives and homes of the subjects. One, for example, features a small child sitting on the floor, her toy blocks stacked into impressive towers, echoing the colors and shapes of the abstract art hanging on the wall behind her: a tribute to the creative genius of the unsupervised child? Or a suggestion that children simply copy what they see? Portraits of athletes often emulate collectible cards and use bold colors to capture the suspense of a close game. NBA All-Star James Worthy moves with laser focus down the court, while spectators stare with rapt attention. Wood’s strength as a portrait artist is this ability to capture both domestic tranquility and the dynamism of athletic heroes.

Based on an exhibition at Geneva’s Museum of Art and History, this book places Swiss artist Urs Fischer’s work alongside that of other artists such as Jeff Koons, Pawel Althamer, and Cindy Sherman. It thus prompts the viewer to draw connections and parallels, while remaining cognizant, thanks to the title “False Friends,” that these connections might be deceptive. As Massimiliano Gioni notes, Fischer’s work encourages “a game of free associations and reminds us that vision quite often goes hand in hand with subjectivity.” One of Fischer’s most arresting pieces is What if the Phone Rings (2003), in which the wax figure of a nude blonde woman with red lipstick reclines in a pose that might be alluring, if not for the destruction caused by lit candle wicks inserted in her head and body. As the sculpture melts into a pool of wax, it provides a fresh spin on the timeless fascination with mortality.

Raymond Hains (1926-2005), French artist and cofounder of Nouveau Realisme, had a knack for the visually arresting. This book chronicles his career, explaining his significance in light of historical and artistic trends, and includes a 2003 conversation with the artist. This collection of his works is valuable as it allows the reader to trace his transformations and experimentations over the decades. From his reimagining of torn posters, to his sculptures made of fluorescent tubes, to his computer-inspired collages, Hains had no shortage of ideas. Even his simpler works are eye-catching. Échelle optométrique (1990) mimics an optometrist’s vision test, but the letterforms are lumpy and distorted, and the viewer’s brain tries fruitlessly to make sense of the assorted letters.

Dutch artist Constant Nieuwenhuys (often referred to simply as “Constant”) cofounded CoBrA, an artistic movement that emerged in the wake of WWII’s destruction. CoBrA disbanded in 1951, and Constant then began developing his vision of a utopia he called New Babylon. From 1956 to 1974, Constant produced paintings, models, maps, prints, and drawings to illustrate his vision of this new, idealized society, in which humans, no longer forced to work for their survival, could revel in freedom and play. Constant: Space + Colour traces his transformation over the decades, presenting his artwork alongside essays on its historical context and interpretation. Particularly interesting is the conversation between Rem Koolhaas and Pascal Gielen, discussing Constant’s New Babylon, architecture, and the concept of the homo ludens (“the man at play”).

Edited with text by Axel Heil and Roberto Ohrt, Petzel, 2016

“We should describe ourselves as animals, that is our way,” penned Danish artist and CoBrA cofounder Asger Jorn (1914-1973) in a letter to Constant. Jorn’s work, presented here with contextual information from editors Axel Heil and Roberto Ohrt, reflects his fascination with “the animal,” raw instinct, and the power of nature. See, for example, his brightly painted, almost childlike Animaux Animé(s) (1944/46) and his dark and moody Untitled (Phoenix) (1949/1950) for two starkly different variations on the theme. Throughout this collection, Jorn’s playful energy and irreverence are apparent. His Untitled (Faces in a Head) (c. 1960) is a jumble of colors designed to confuse, shock, and challenge the viewer, evading any simple answers as to what the work “means.”