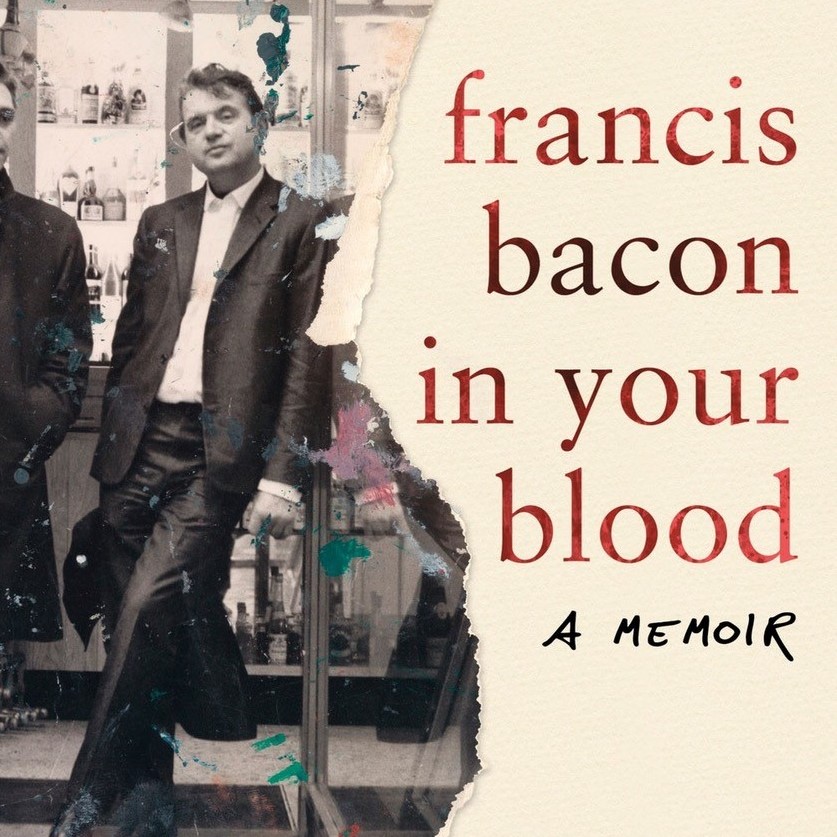 Published in 2015, Francis Bacon in Your Blood received rave reviews for its no-holds-barred portrait of the artist in his natural habitat. ArtAndOnly talked to the author, Michael Peppiatt about his bestselling memoir.

As a 21-year-old Cambridge undergraduate, Peppiatt came to London in 1963 to interview an already famous Francis Bacon for his university magazine and immediately became part of the painter’s inner circle.

Swept up by an imperious, yet fatherly Bacon on endless drinking days and nights and into a friendship that endured 30 years, until the artist’s death in 1992, Peppiatt vividly portrays the remarkable circus of Bacon’s world with incredible detail; Soho life, a whirlwind of bar to club to party, London to Paris, and in and out of the studio.

In 1996 Peppiatt published a scholarly biography, Francis Bacon: Anatomy of an Enigma, but wanted to tell his own story of the close friendship, in Peppiatt’s words an ‘amitié amoureuse’, that developed between the young and keen art history student and the older artist.

‘I saw him as a mentor and a guide,’ says Peppiatt, ‘One perhaps you wouldn’t wish on your own children but marvelous for me. Even now I miss him. His opinion was always worth seeking about a personal problem and he was a terrific person to talk to about serious matters, about life. His friend Lucien Freud called him the ‘wildest and the wisest’.

Bacon comes across as a dazzling character, a gentleman and a vicious wit by turns. The artist was fascinated by ‘the distance between luxury and poverty’ and the book’s mise-en-scène are set in fabulous hotels and restaurants in London and Paris, or the seedy Colony Room and the after-hours dens of London’s East End.

Woven throughout are detailed miniatures of the cast of characters that made up Soho’s bohemia in the 60’s and 70’s. Drunken dinners are recounted with the same attention to detail as the fascinating conversations between Peppiatt and Bacon on his work. Bacon could be withering in his opinion of other people, and his comments, funny, caustic and searingly prophetic, are faithfully reproduced and resonate with authenticity.

Containing fascinating insights into his working methods, vivid descriptions of the tiny and chaotic studio, Peppiatt records Bacon talking constantly, and sometimes repetitively about art and philosophy. On the difference between photography, which Bacon used as source material, and painting, the artist said, ‘Somehow you have to try to get the paint down in such a curious way that it comes back on to the nervous system more exactly and profoundly. It has to unlock sensation at a deeper level.’

‘It’s impossible for me to say what he would made of the explosion of interest in contemporary art today’, Peppiatt continues, ‘He was pleased that he himself earnt large sums for his work as it enabled him to pay for his extravagant lifestyle, but he believed life itself was pretty horrific, he wouldn’t have had much time for the economy or the non-entities and the vast sums paid for them today in the art world.’

There are some bizarre and comedic moments – Bacon recounts a brief but terrifying encounter with the Kray twins, notorious East End gangsters, and says of the paintings they subsequently sent him from their prison cells, ‘They’re very odd. They’re always these kind of soft landscapes with little cottages in them. The thing is that’s just the kind of life they wanted. A life of ease in the country.’

Not so for Bacon. Reading the book is to witness his extraordinary endurance for the nightly carousing, sexual encounters, and intake of alcohol. This punishing regime resulted in casualties among Bacon’s entourage, with his lover George Dyer taking his own life on the eve of Bacon’s retrospective at Paris’s Grand Palais in 1971. The artist himself pronounced his drinking creatively stimulating, ‘The worse the hangover the more my mind seems to crackle with energy.’

Peppiatt looks back in wonder, ‘It is extraordinary how hard he worked. Now that I am older I am so impressed with his stamina, the drinking must have taken a terrible toll on his body, but he was always animated, always curious and dedicated.’

The book is highly entertaining and vivid and reads like a brilliantly casted play. Intimate and vivacious, Bacon is made flesh and blood, and revealed as just as extraordinary as the myth. Francis Bacon in Your Blood is a portrait of the artist in kingdom, a wild debauched court with a ‘gilded gutter’ king.

FIND THIS BOOK ON AMAZON