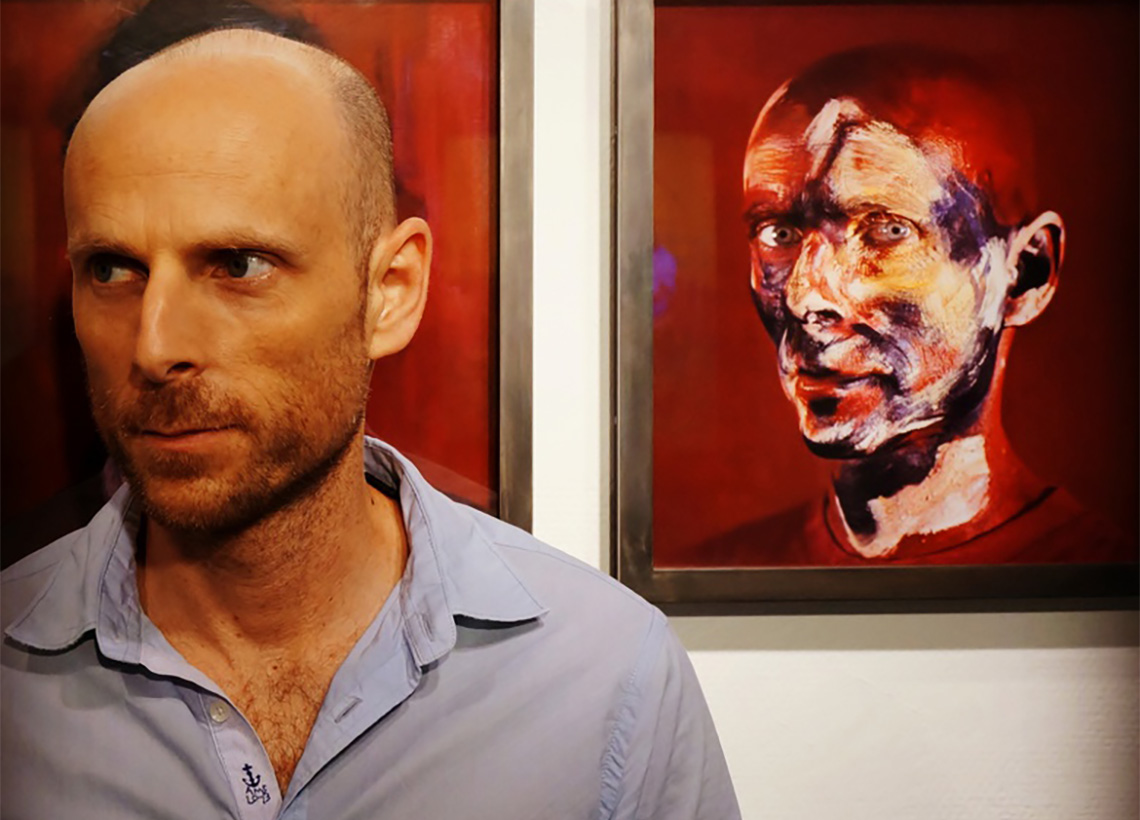 The exploration of boundaries is an endeavour that many have tried their hand at in this age of literacy. During the Renaissance period, clear and defined boundaries were created to compartmentalize different categories and movements of art. For example, the Impressionists followed a guideline of methods and techniques that allowed them to classify their work under the movement of Impressionism. Cubism and many other art movements in general also existed within a particular time period, and indeed not many gambled on canonizing a new art form or movement without careful deliberation. However, The Age of Enlightenment triggered change in this notion, and many artists began developing new ways of creating and presenting art.

Today, artistic pioneers are more empowered to explore inventive forms and mediums. One such pioneer is Michel Platnic, an emerging Israeli artist who has devised an innovative technique of blurring the boundaries both in his use of mediums and also in his existentialist exploration of the human form.

Platnic is a multidisciplinary artist who has traversed and experimented with different mediums throughout his artistic career, including video, photography, painting, performance and sculpting. Most recently, he took the road less travelled and sought a compromise between them. His “After” series, also dubbed as ‘living paintings’, has illustrated an ingenious method to construct a combination of different mediums into a single artwork.

Many have pointed out the Baconesque element that is apparent in his art. Platnic has re-staged the figurative style of painting made famous by artist Francis Bacon and placed it in an entirely different context. He does not confine his paintings to the conventionality of a canvas but paints instead on humans (including himself) and sets. He places his subjects in a “potential space for liberation”, where the model is able to move freely within the space.

“I create a life-size space and place objects and human beings in it; then the space and its inhabitants are photographed and then film as a sort of living painting.” – Michel Platnic

Although his final works come in the form of photographs and videos, they are layered with consecutive production processes: the process of painting, the model’s performance process within his designated space, the process of filming and the process of capturing a still. All these layers have different perspectives of the original space that can be reached through their various techniques. The unique combination of mediums is not the only boundary Platnic tries to resolve, but he also engages the viewer’s participation as he questions them to investigate the boundaries between reality and illusion, authentic and fake, and original creation and reproduction. The projected videos of the artist in his constructed world seem static upon first glance; until one notices the gentle raising of the chest as the portrait breathes, the dart of the eye as it follows the viewer around the room, and the careful tilt of the head that simply invites the viewer to confront these boundaries. In a way, audience interaction is permitted or even encouraged, and this engages and prolongs the attention of the viewer on each work.

Time and space are ongoing and important components in his artwork, where the human body, according to Platnic, is a catalyst to the exploration of these two elements. The preparation for filming can take a long time, he notes, and models get tired as filming drags into the day. “At some point, (they) forget that the camera is filming, they don’t have the expectation of seeing their own image anymore, of liking it; ego is neutralized.” At that point, Platnic starts his filming. The boundaries of unfamiliarity are broken down; bringing new light to the idea of what a comfort zone can be for the model himself.

“Unlike the postmodern secular conception of a blur of all boundaries and safeties, I rather point towards an interpretation of the existence of different simultaneously existing worlds and realities as a potential space of liberation.”

As we revisit the style of painting Platnic adopts, it is evident that different ideas motivate the artworks of Bacon and Platnic. Ultimately, Platnic’s portraits break free from the existentialist torment that Bacon expressed in his work, allowing an interactive environment where the subject of a ‘painting’ can exist within its structure and seize the life that it is given.

Michel Platnic is of French origin but has lived in Israel since he was 28. Born in 1970, he was initially a student of Electrical Engineering but his move to Israel precipitated his interest and subsequent career change into the artistic creation field. His works have been exhibited and performed in museums all over Israel, including the Haifa Museum and Tel-Aviv Museum. He is increasingly gaining international recognition and has also participated in group exhibitions in FusionArts Museum in New York and the Gazelli Arts House in London. In the beginning of 2014, Platnic moved to Berlin and is currently based there.