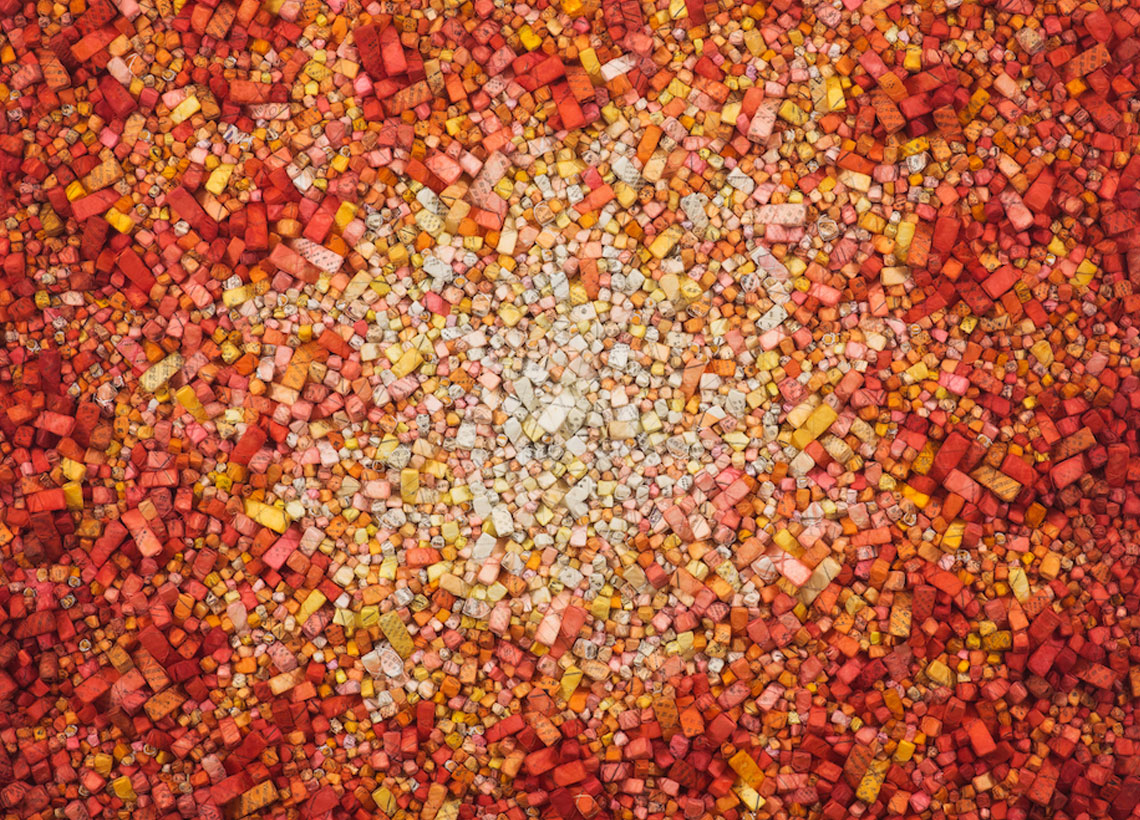 Chun Kwang Young is an artist who actively sought for a mode of expression that would be authentic to him and his native background. Shortly after he graduated from Hongik University in 1968 with a Bachelors of Fine Arts, Chun relocated to the United States to further his education. Despite the thrill of a new environment, there was a strong feeling of dislocation and unfamiliarity. This prolonged discomfort persisted throughout his career as an artist in the United States, thus urging him to seek his own artistic language and identity as a Korean artist.

Korean mulberry paper (hanji) used in his work plays a definitive role in realizing this pursuit, as it injects an aspect of his Korean identity into the work. The hanji is deeply rooted in Korean tradition and was once a ubiquitous household material in the Korean culture. Despite its small size, each triangular package of polystyrene foam wrapped in hanji carries with it a unit of information, forming the completed work. In these assemblages, visual symbols of violent clashes illustrate the inner struggles which Chun felt towards his identity as a Korean artist living in the United States. The texture created by the triangular shapes jutting out at different angles reminds us of the ebbs and flows of human suffering and tragedy, of scars and wounds that are inherent to our daily lives. The Aggregation series has documented an important period of Chun’s artistic development, as it has spanned more than two decades of his career.

Further evolving in his Aggregation series, the works found in New Dreams continue to showcase his distinctive style, while also introducing new visions. His progress from the previous body of works can be seen most visibly in the composition and use of colours.  Chun has moved on from his more monotone and sombre aesthetics to include a bold palette of bright pinks, deep oranges, warming yellows and evocative blues. These new colours complement the quality of the hanji used, while bringing vibrancy and unprecedented state of reverie into his assemblages.

Through exploring the seemingly violent terrain of the Aggregation works, Chun leads us to a state of contemplation and consciousness that strives for a sense of peace, resolution and harmony.