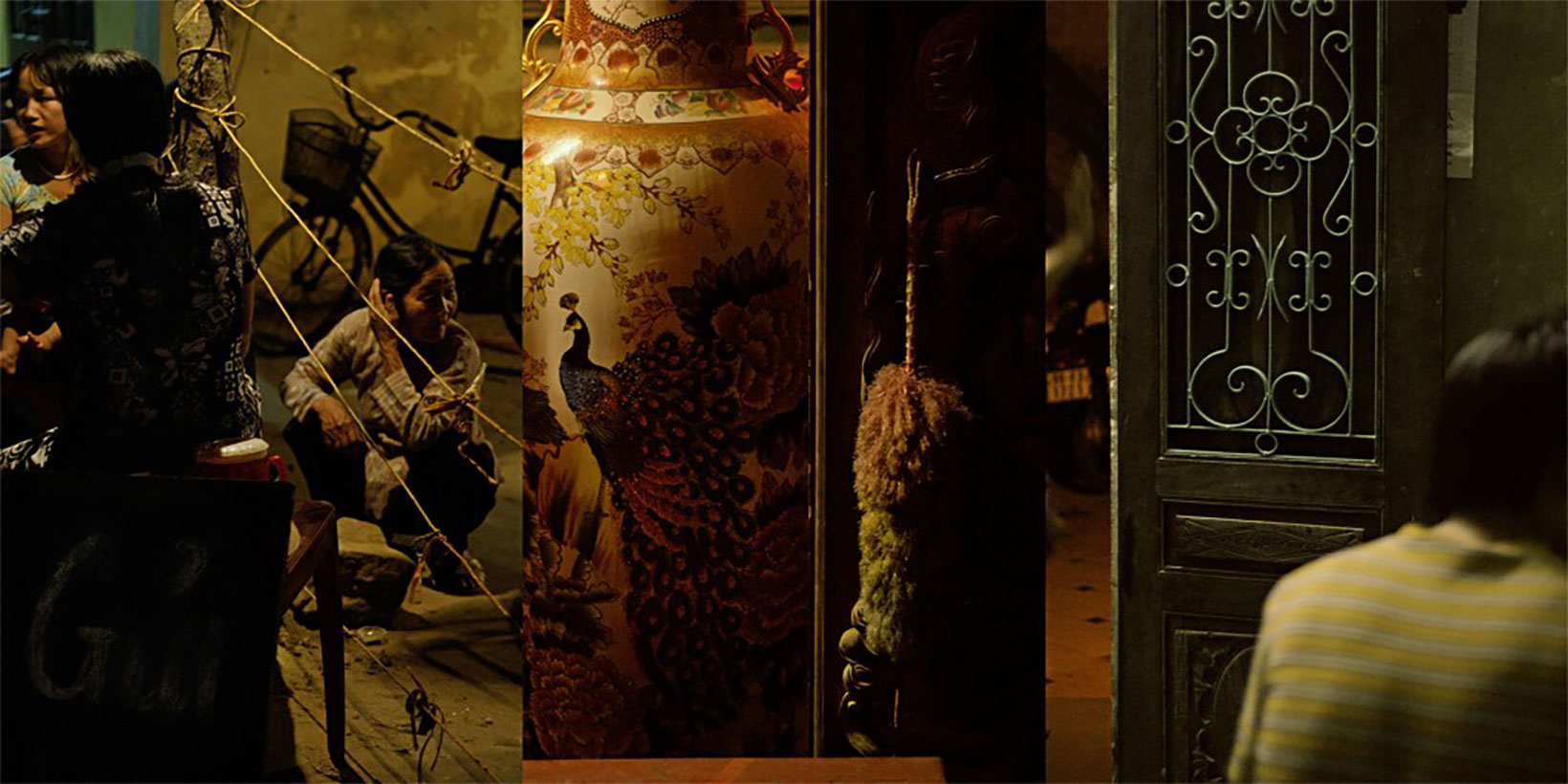 About Sherman Ong’s three photographic series, HanoiHaiku, Monsoon and Spurious Landscapes, as well as the short film, Tickets, which first debuted at the Singapore Pavilion, Venice Biennale 2009, as part of Ming Wong’s show where Singapore won a special mention.

HanoiHaiku captures the social versus private spaces within an evolving urban environment like Hanoi, presented in the style of a visual Haiku. The series deals with the idea of transition and its evolving relationship with the memory of the past, the changing of values, the passing of tradition and the aspirations of a different reality. The works are intentionally left untitled, so that the juxtaposition of images produces their own narratives, temporal connections, and is open to many interpretations infused with the personal experiences of individual viewers. Similar to the Japanese Haiku, they are observations in its purest form, distilled into a simple gesture, a moment of reflection, a point in a continuum, touching on the beauty of imperfection, in delicate, quiet, nuanced moments.

In another series, inspired during Ong’s residency in Hanoi in 2005, Monsoon contemplates the impact of the monsoons and its intervention on human mobility, the landscape and the psyche of the inhabitants of Hanoi. Taken through a moving van with the windows wound up, the images offer another way of looking at the urban landscape through the intervention of water, wind and glass.

Spurious Landscapes draws inspiration from the following statement by John Berger, an English art critic, novelist, painter and poet, whose essay on art criticism, Ways of Seeing, is often used as an university text: “Landscapes can be deceptive. Sometimes a landscape seems to be less a setting for the life of its inhabitants than a curtain behind which their struggles, achievements and accidents take place.” The series vacillates between the ‘random’ and the ‘planned’. Here, the viewer is invariably drawn to question the validity of the photograph as a document or as a construction, as well as question whether the scene was found or intervened. The answers are to remain ambiguous and to open up possibilities for the real and the surreal to intertwine.

Much of Ong’s video and film works tap on the format of ‘docu-dramas’ that slip between documentary and fiction. Tickets is one such short film, centering on Xiao Jing, a ticket seller in an old cinema in Singapore. Having come from China to study acting in Singapore, her ambition is to break into the Singapore film industry as an actress. The film deals with the notion of acting/re-acting/reprising real and imaginary roles, and also touches on the themes of diaspora, migration, displacement, identity and the sense of belonging.

“I am interested in exploring the intersection between the natural world and human nature, between landscape and body, offering an alternative viewpoint to the banal, while eliciting subtle beauty in everyday life.”