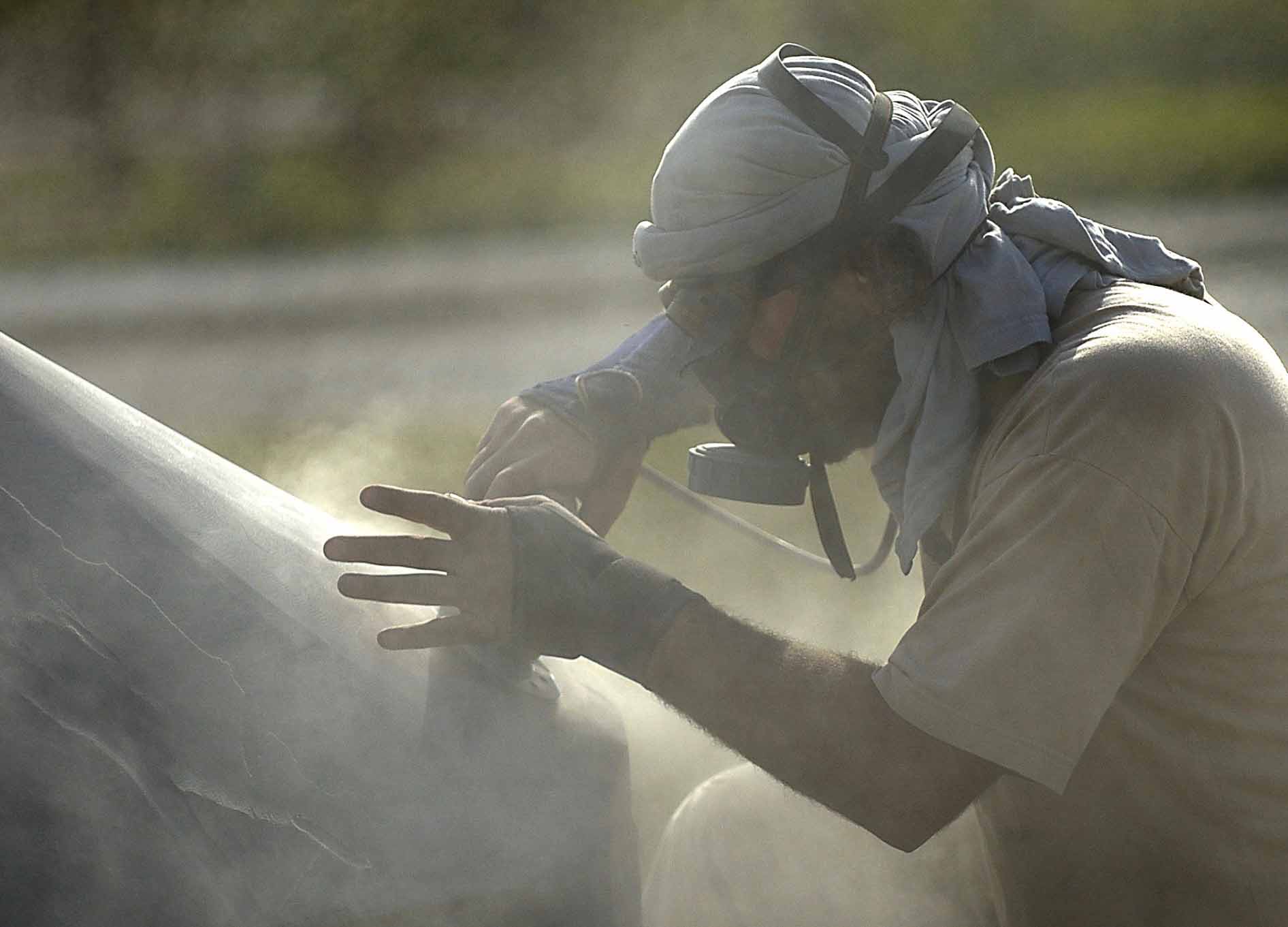 BETWEEN MAN AND STONE: INTERVIEW WITH ARTIST ARMEN AGOP

You were born in Cairo with Armenian heritage, and spent much of your early career in Egypt. How did your upbringing and culture lead you to work in sculpture?
Armen Agop: Egypt is a great place for a sculptor to be born, but it is hard to say whether I would not have done sculpture if I were born anywhere else. When I was younger I questioned why I was attracted to sculpture and what this strong desire to sculpt was. The answers were never sufficient, and so I came to the conclusion that it is an instinctive desire and it is useless to question it.

Does your heritage have any influence in your decision to work primarily in granite and bronze?
Growing up in a family that was forced out of their homeland during the Armenian Genocide and had to resettle in a new land, trying to make it a home, caused a different atmosphere and relationship with our surroundings. I was keenly aware of the direct friction that occurred between our cultural heritage, what existed in the family, what existed outside in the society, and how we were constantly considering and re-estimating habits and established attitudes. What is temporary? What is durable? What can you renounce and what must you keep? This created a constant evaluation of values.

Here I introduce the importance of an Armenian word, which does not have a precise English equivalent. Koyadevel (Գոյատեւել) is a word that every Armenian diaspora has grown up with. It means to exist, but not only to exist but to continue to exist. So maybe the granite, with its heritage and ability to koyadevel, meets my Armenian dream.

You have used the term Transcontemporary to describe your works. In your view, what is the connective thread that runs between ancient and contemporary sculpture? Can we consider your work as contemporary at all?
The human experience had its depth from the beginning, and demonstrated in the early stages the instinctive desires of doing and creating – of imagining things and believing in them. The constant determination to do and create differentiated humans from the other species. We created things, objects, images, ideas, and even gods to feed and enrich the human experience physically, spiritually and intellectually. In many different periods of time in history the human being /artist accentuated one of these elements more than the others, which is how we ended up having different artist styles and periods.

I think we have reached a level of awareness in the 21st Century that can enable us to recognize the importance of all three elements of the human experience (physical, spiritual, and intellectual) together, without underestimating any of them.

Therefore, the human experience, led by the instinctive desire of doing, is the common thread. When looking at it with this wide angle awareness, it is not satisfying at all for one to consider my work as only contemporary. A sculpture that embodies the human experience can exist regardless of fashion and temporary mood; it can exist among the ancient tombs and in the outer space, standing on its own with dignity.

Your body of work includes both wall-mounted and free-standing sculptures. Is there a difference in the way you approach either form?
A round piece is to be seen from infinite angles, without specifying a major face or back. It puts itself in confrontation with the globe, especially if it is a free-standing, unpinned volume, so it needs a global approach. A wall sculpture, being joined with an architectural element, becomes a part of something bigger and requires different characteristics. It needs a more focused, intense and direct energy to stand out in its individuality.

You have spoken about the notion of ‘contrasting art’ when referring to your work. Where do you see the tensions within each of your sculptures? Are they always clashes, or do the tensions sometimes complement each other?
There are many contradictions. Heavy but light in movement. Static but kinetic. Simple but complex. Closed but open. Contradicting elements in one work do not necessarily mean that they are clashing. In fact, they may live together quite peacefully.  A very heavy granite can also have the capacity to float. A very static composition can feel free to move or rock when it is touched, releasing itself from the static state and enjoying a free state of being.

Your free-standing sculptures often have a curved base, allowing it to rock back and forth slightly when disturbed.  Why do you expose your sculptures to such instability?
For me it is not only about the simplicity of the form, it is also the simplicity of the concept. Leaving a granite sculpture free (unpinned) gives both the viewer and the sculpture the freedom to interact. It is about freedom. The viewer is free to touch it and the sculpture is free to react. We are used to divinizing art works and putting a sign “Do Not Touch”. These granite sculptures allow us to touch them without harm.

In my exhibition Transcontemporary I explore the idea of more “human” art works that can exist around us while we exist around them, in harmony together. We can touch them or choose not to. They are not monumental in the sense that you feel diminutive, yet they are not too fragile. We do not need to adjust ourselves to be gentler [with them]. There is an equality of presence for both the sculpture and the viewer. You can be the way you are and they can be the way they are.

Your sculptures often have a peak in its surface, as though it were pinched. What quality does this interruption of the surface bring to your works?
The sculptures are characterized by an intensity within a compact form, retaining an internal core of gravity. They are not organic, they are not geometric, and they are not abstract. In fact, they are non-representative. But yet, they are not completely foreign. Because of their compactness, they sometimes appear as if they are one cell with no conjunctions.

All this may give a very closed interpretation, but there is the smallest part of the sculpture that peeks through, seeking contact with the outside world. Without losing the integrity of itself, it appears as a line or a point, still leaving a strong presence that reminds us of the dignity of ancient Egyptian sculptures, which differentiate themselves from all other sculptures.