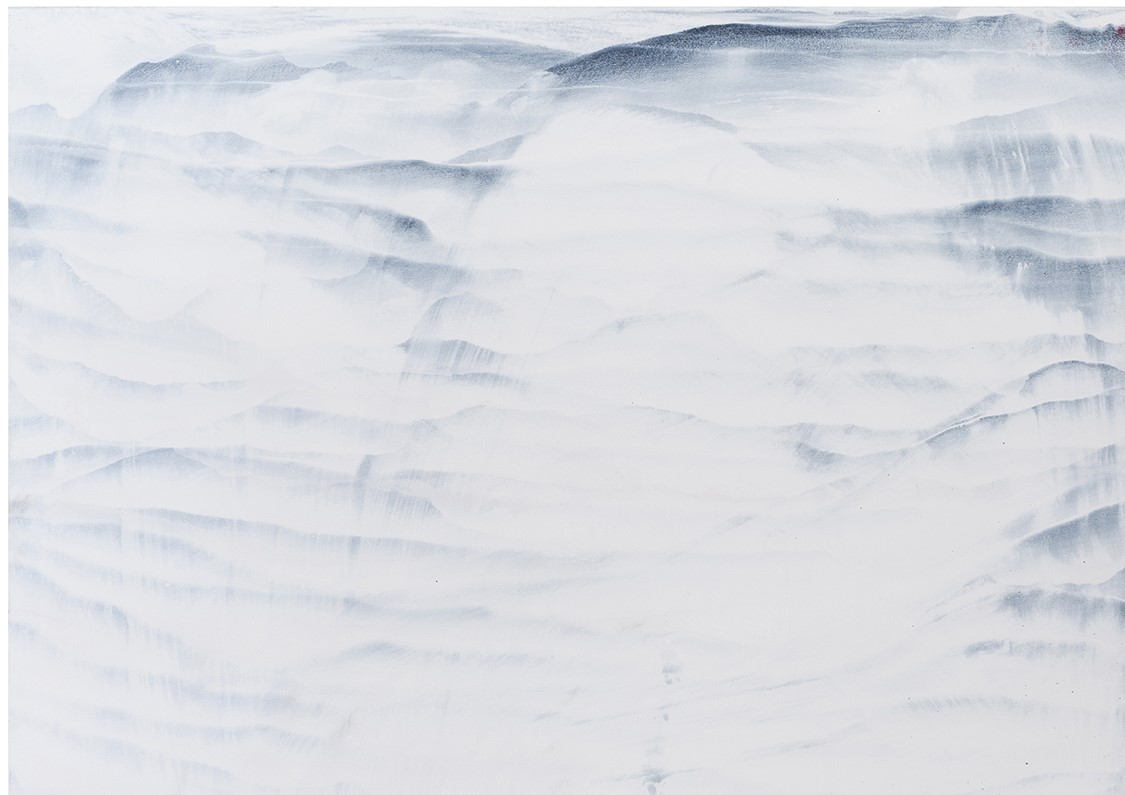 An Interview with Roberto Coda Zabetta

Please describe your process and what is it about unorthodox materials that inspires you?

In 2012, after more than ten years of research during a period of my life that was strongly characterized by the use of figurative, monotone painting, it felt like I had come to a standstill, resulting in the search for a new theoretical vision to reimagine my paintings. I took a two-year sabbatical, and replaced painting with reflection on the practice itself and the underpinning art theory. I studied the artists I love, who influence my work, much of my time was spent reading and visiting museums and exhibitions. Living in London enabled me to take advantage of the arts and culture scene. Leaving the studio, and deliberately depriving myself of the physical space of work, allowed me to concentrate on observing and learning from others.

The move from figurative work to abstract does not necessarily represent an irreversible choice, but allowed me to step back and observe from a distance. I came to discover a new and strange temporality, somewhere both inside and outside myself – a search from inside for a transformation that is then projected outwardly. This transition to abstract occurred in an empty space and silence. Once I understood my vision, I began to experiment.

In 2014, my project ‘FILM # 00-56’ was released. A culmination of two years of thoughts and ideas, searching to understand and visualise the un-representable in the world – a desire to transcend the emotional conditions of the experience.

For this project, I did away with subjects and instead focused on pigments, colours and matter; it became a kind of journey, of the full and the empty, light and shade, of thought and contemplation. This change, born from the need for a mental cleansing, gave me room for creativity, especially the ability to create gaps and silences.

Can you tell me more about your contribution to the “Museo della Merda”?

In the ‘FILM# 00-56’ project, I painted using tempera, pigments, glue, liquid rubber and paintwork and used traditional painting tools such as spatulas, brushes and compressed air to achieve this to achieve a texture.

I have continued to experiment with new materials, some of them organic, which in part came about to my collaboration with the Museo della Merda Castelbosco in Piacenza, Italy.

Gianantonio Locatelli, the owner of Castelbosco, approached me to participate in his most recent project, the Museo della Merda. Locatelli envisioned the museum as a pioneering industrial and ecological project. The museum was opened with gallerist Massimo Valsecchi and architect Luca Cipelletti.

(Editors note: Museo della Merda is a collaborative museum that showcases projects that span between art and technology. Zabetta contributed works made of cow dung, sourced from the Castelbosco cows whose milk makes the renowned Grana Padano cheese.)

Cow dung has many uses, including producing methane for fuel, fertilizer, raw material for bricks and plaster. When using this natural recycled material, a sandy, earth-like substance I looked for inspiration from the Roman’s use of sand and the Greek’s use of earth in frescoes. This research allowed me to continue expanding my knowledge of artist’s techniques and the process of painting for an installation piece. The research inspired me so much I produced my own fresco.

Can you tell me more about the ‘Film00-56’ series and your inspiration for it?

Often in my work, the first piece of each series offers the key to understanding the entirety of that series. Although these paintings may seem gestural or instinctive, they were created with a specific narrative, one that connects all my pieces together. Each individual piece is the following step in a sequence the first to the last work.

Thus, the first work, FILM # 00, stems from the desire to experience painting as a physical object. This was achieved by fusing a plastic casting to a ‘tempera’ background, which then was completely painted with an oil paint. The oil paint gives the top level a translucent effect.

The project as a whole narrates my reflections over the last two years. In fact, all 56 paintings can be viewed as one big image with a continuous flow of paint connecting one canvas to the next.

Who are your biggest creative influencers?

I spent the first eighteen years of my life not knowing what I wanted to do, so it seemed like an obvious choice to opt for military service. It was on a military tour in Vercelli, that I had a chance encounter with collector Gigi Chiesa. He subsequently introduced me to a friend of his who lived in the Piedmont countryside – Aldo Mondino. This was in 1995, the same year that my military service came to an end. With no job or home, I decided to live with Mondino. This stay eventually lasted four months.

Mondino, who was nearly 60, was very generous man but effectively I was employed as his assistant; I would do everything for him day to day. As much as it interested me, I never broached the subject of his artwork – his work was very important to him and I felt I was not qualified to question him about it.

I had always drawn, perhaps even scribbled, but I began to try to understand how I could truly feel and see art and how to immerse myself in knowing the ‘who’s who’ in the Italian art world. In Mondino’s studio were curators Achille Bonito-Oliva and Germano Celant, artists Luigi Ontani, Maurizio Cattelan, Not Vital, Giancarlo Politi and Gian Enzo Sperone from the New York art scene. The evenings with Mondino were often filled with violent, passionate arguments.

It was whilst I was here that I was trying to figure out what art was, before making my own way in this new world. Mondino was a constant that has allowed me to become an artist and wander this road ever since.

What does 2017 hold for you? Are you working on any new pieces?

2016 was an intense year. The Museo di Merda went to Siam Palace in Milan, Filmbox # 00 was exhibited in the Museo di Villa Croce in Genoa and the ‘What are we gonna paint’ project was at Annet Gelink Gallery in Amsterdam. On top of this, there were smaller projects scattered all over the place. This year, I have something happening in Naples which is very important to me – a project at the Military Veterans’ Hospital. The show will be opening in September 2017. Most of 2017 will be spent preparing for that.