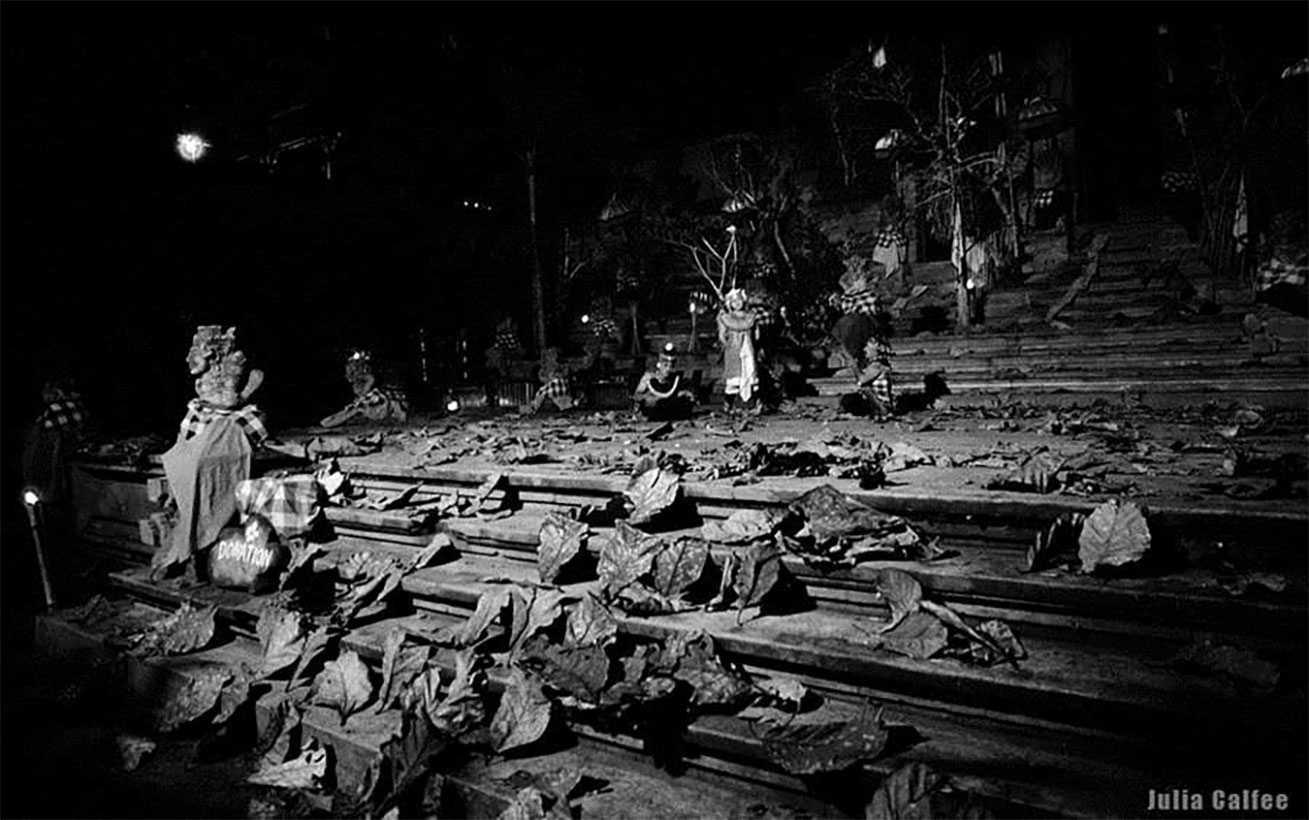 JULIA CALFEE: MESSAGES FROM ANOTHER WORLD

The Swiss are a pragmatic people who lived off the land for centuries, often in remote valleys enclosed by high mountains and accessible only on foot or by animal. In Vals, where I live in Switzerland, there were no paved roads until the late 1960s. The old shingled houses in the village have a small window in the facade about half-way up and too small for a child to crawl through. When I asked about this tiny window, the villagers told me that it was a special place for souls to leave through when somebody died.

It is unlikely that Swiss farmers living in a landlocked country had access to the ancient eastern philosophical texts, such as the Tibetan Book of The Dead or the Bhagavad Gita, but they share the same belief expressed in these ancient writings: when the body passes away, the soul does not disappear; it moves on to another life or another place.

Belief in an invisible world leads to respect and consideration for the real world in which we live. There are, for instance, people who believe that powerful spirits live in the highest of mountains. Wherever spirits live, the land is sacred and remains untouched: nothing is built there; no animals are hunted there. Similarly, spirits inhabit streams and sources of water, which must therefore be kept clean and unpolluted. When the water is used, it is fetched in buckets and taken away for bathing or washing utensils.

The age-old belief in a densely populated invisible world has become a matter of hard, scientific fact in modern physics. What we perceive as empty space is in fact populated with untold interacting particles invisible to human perception. Like the sciences, tribal beliefs and various forms of spiritual philosophy offer paths to a better understanding of the cosmos. Whether we seek to explain “empty space” through science or spiritual belief, its multidimensional, invisible worlds are clearly worthy of being respected and even revered.

Julia Calfee – artist using photography writings, and recording as her medium – has spent most of her professional life living and working in Europe and Asia. She majored art history at the Sorbonne in Paris. Her first book on the subject of artists and their studios was published by Miro Foundation in 1995.

In 2003, the book Spirits and Ghosts: Journeys Through Mongolia was published by powerHouse Book, New York. This book explores the ongoing traditions as well as the recent changes in Mongolia.

From 2003 until 2008 Julia Calfee has been living mainly in New York City’s Hotel Chelsea, where she documented the state of mind that has existed in that unique place – the legendary residence for artists, writers and musicians. The years she spent in the Chelsea Hotel were a visual quest for the unifying elements of the people who chose to live in this place and the ghosts who still lurk in its shadows.

Her project ‘The Last Songs of the Glaciers’ on global warming with recordings and close-up photography of melting ice was exhibited during Art Basel 2010 and at ‘The Verbier Green Pioneering Summit’ (VGPS) 2010. After her exhibition at Art Basel in 2010, two significant film documentaries were produced on her project ‘Vanishing Glaciers’, the first by Swiss Television and the second for the Copenhagen Summit.